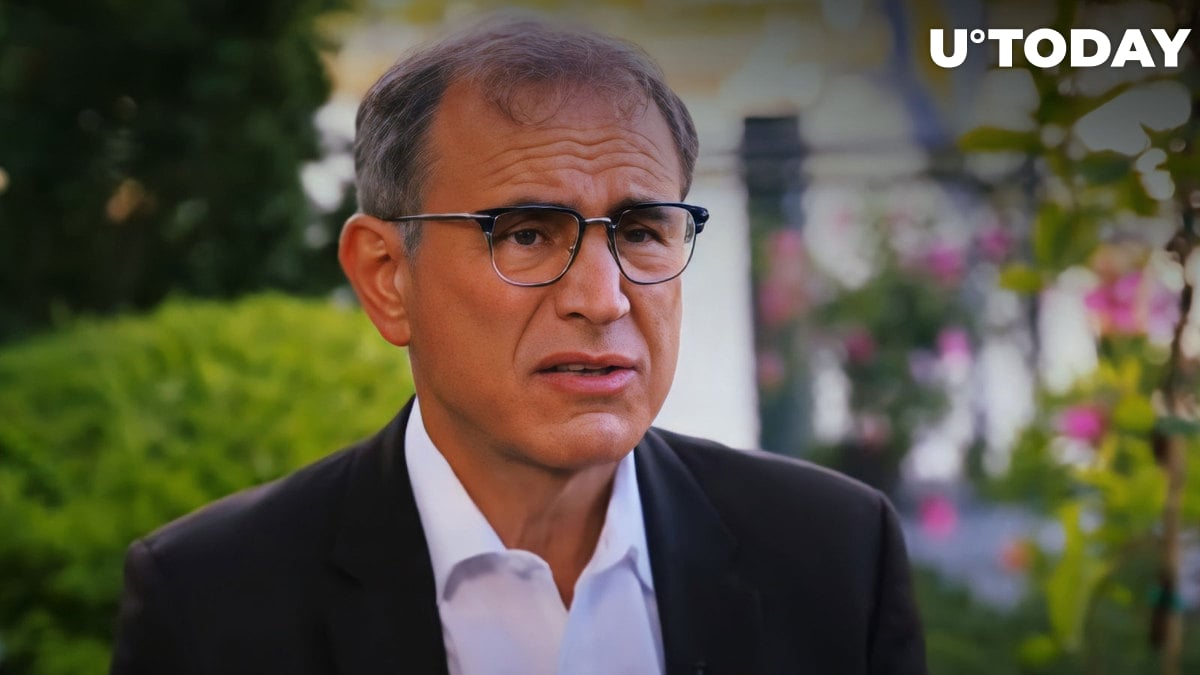 Prominent economist Nouriel Roubini, known as Dr. Doom for his accurate forecast of the mortgage market crisis in 2008, has taken to Twitter to comment on the recent "crypto case" initiated by the SEC.

Here's why Roubini wants them prosecuted

Earlier today, the chairman of the regulator, Gary Gensler, announced that the regulator had charged TV celebrity Kim Kardashian for shilling a digital token to her Instagram audience of 225 million followers last year (now she has 331 million subscribers) and, what is more important for the SEC, for not disclosing the amount she got paid for touting it: $250,000. The crypto in question is EthereumMax token.

The regulator and Kardashian agreed to settle the matter for a fine of $1.26 million. Roubini seems to be disappointed by this outcome. On his Twitter page, he wrote that Kardashian is only one out of a hundred celebrities who have "handsomely profited" by touting "criminal coins and crypto scams" to inexperienced investors via social media.

Since fines like the one that Kardashian got is merely "a slap on the wrist," Dr. Doom suggested these celebrities should be prosecuted.

100s of celebrities handsomely profited by peddling criminal shitcoins & crypto scams shafting suckers. The current fines are only a slap on the wrist.They should be prosecuted.

Aside from the fine, Kardashian is obliged not to promote digital assets for the next three years. SEC chief Gary Gensler addressed investors in a video earlier today after the regulator published a press release on the case.

He stated that the talents of celebrities do not necessarily make them experts in giving investment advice. Besides, during his exclusive interview with CNBC's Squawk Box show on finance and investment, Gensler stressed that the majority of cryptocurrencies are securities from his point of view.

Among the celebrities against whom the SEC has made charges over the past few years, Gensler named Steven Seagal, Floyd Mayweather and DJ KHALED.

"We've brought a case a number of years ago with @FloydMayweather, @djkhaled, Steve Segal, and others over the years. So this is another time we've brought a case out," says SEC Chair @GaryGensler after charging @KimKardashian for a #crypto post on her Instagram. pic.twitter.com/WXBuQYscQy