Coinbase and Bitfinex Announce that Segwit Has Been Implemented

Patrick Thompson
Coinbase and Bitfinex have announced that Segwit has been implemented. 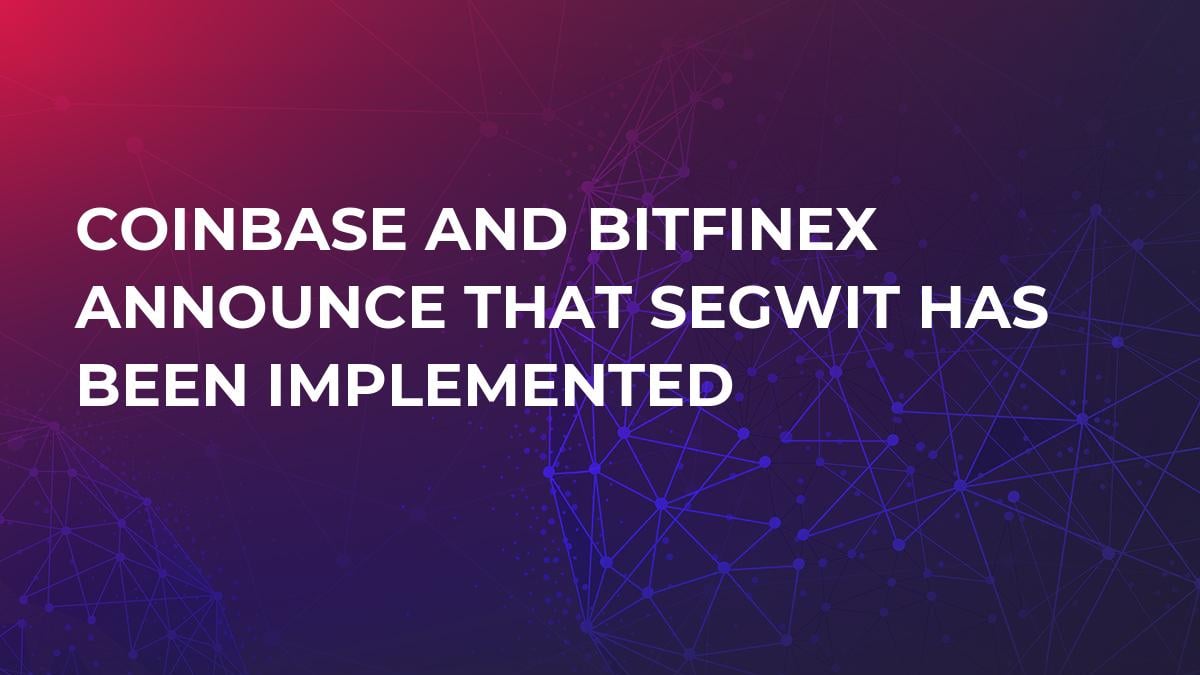 Earlier this morning, 13 mln user platform Coinbase, and Bitfinex, the fourth largest cryptocurrency exchange in terms of market cap according to CoinMarketcap.com, announced that Segwit has been implemented on their platforms. Segwit was an upgrade in the Bitcoin software that allows transaction signatures to be separated from transaction data so that the Bitcoin network can fit more transactions into a block. The Segwit upgrade also fixed the malleability bug and set the stage for further scaling to take place on the Bitcoin network in the future.

Today, both San Francisco based Coinbase, and Hong Kong based exchange Bitfinex announced that they now support Segwit Bitcoin addresses. Bitfinex says that the implementation of Segwit on their exchange will allow transactions fees to be lowered by 15 percent and will lead to improved processing times. Bitfinex CTO, Paolo Ardoino said:

As a premier exchange, Bitfinex is committed to improving its market-leading offering for our loyal and discerning customers. SegWit provides not only an immediate benefit for users, but also a foundation for future Bitcoin development. By supporting SegWit addresses, Bitfinex is tackling three of the biggest crypto-enthusiast concerns: transaction fees, transaction speed, and total network capacity. We are delighted that through this implementation we can provide our customers with bitcoin withdrawal fees that are up to 20 percent lower, as well as faster-than-ever transaction speeds.

Coinbase announced their plans to implement Segwit in the first half of 2018 back in December of last year. The company took to twitter this morning to announce where they stand in terms of Segwit implementation. Coinbase is currently one of the largest cryptocurrency platforms in terms of user base; on Nov. 29, Coinbase announced that they had 13 mln users. Being one of the largest platforms in terms of users means that we can expect a significant increase in efficiency on the Bitcoin network; now that more transaction signatures are being separated from transactions, more space is being freed up in a block so more transactions can be processed per block.