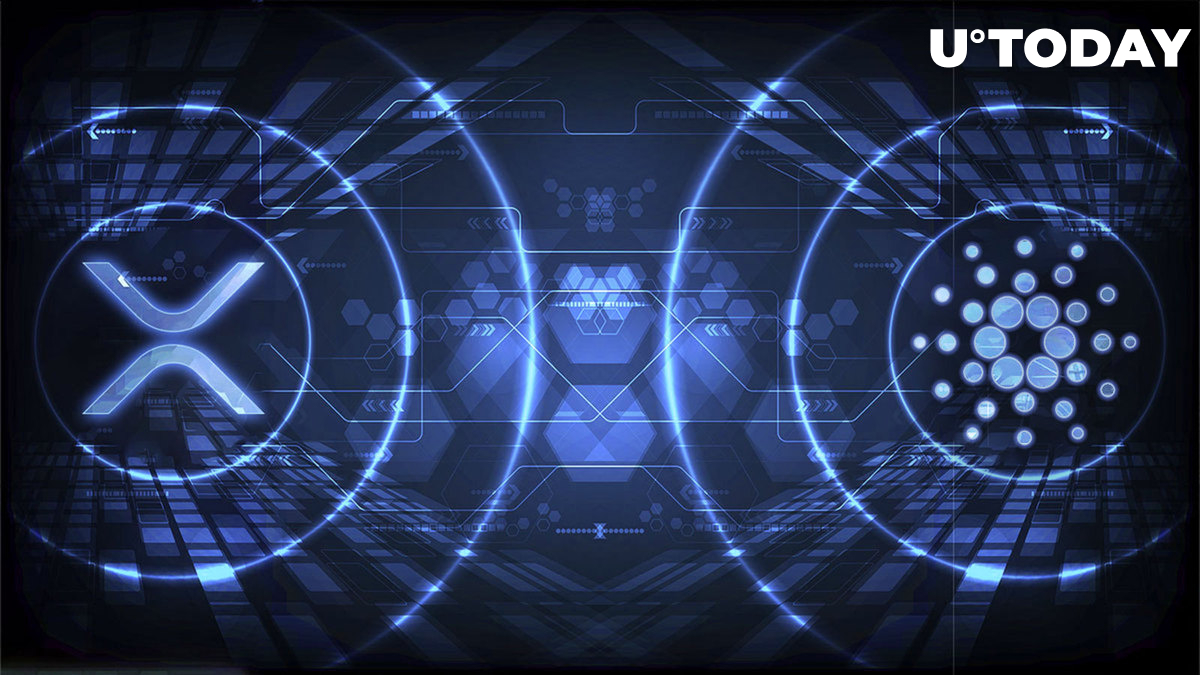 The faces behind Cardano (ADA) and XRP got into a fight recently, even though they are projects with different fundamentals. But why did this happen? After all, both altcoins have dissimilar value propositions.

While Cardano is consolidating as a decentralized smart contract platform, XRP is focused on being a token for low-fee cross-border payments.

What altcoins do have in common is that they have a strong community, and this is exactly what Charles Hoskinson, founder of ADA, attacked XRP on. According to the entrepreneur, the seventh-place altcoin community is toxic and petty.

However, this was not Hoskinson's only claim. He also claimed that the project developed by Ripple lacked partnerships and value, and that he was cutting ties with XRP for these reasons. The Cardano creator's accusations came shortly after the XRP community called him a liar.

Hoskinson had stated, citing reliable sources, that the SEC's case against Ripple would close on Dec. 15, 2022. However, the fight that started in 2020, still has not ended, and this was a reason for XRP supporters to riot and attack the entrepreneur.

Ripple CTO David Schwartz responded to the American businessman. Schwartz, either intending to calm tempers or simply preparing a surprise for XRP holders, said that Hoskinson should wait a few days and then get back to the publication to make sure that is what he meant.

Is there a fight between Cardano and XRP?

In October, Hoskinson became embroiled in another feud with the XRP community due to a theory on the cryptocurrency market that the SEC favored Ethereum (ETH) over other tokens in the blockchain milieu.

In 2018, William Hinman was the SEC chairman and the person responsible for opening the case against Ripple. He gave a speech with comments about Ethereum's legal status. Hinman expressed that the altcoin, like Bitcoin (BTC), is not a security.

The XRP army believes that Hinman acted to favor ETH. To illustrate, between 2017 and 2018, four planned meetings with representatives of the market's leading altcoin took place, where they had privileged access to the SEC, something no other blockchain market protocol had.

In addition, Hinman was a partner in the law firm Simpson Thacher & Bartlett LLP prior to his work at the SEC. But what does this have to do with anything? This firm is part of the Enterprise Ethereum Alliance (EEA), which aims to commercialize the smart contract platform.

This survey was criticized by Hoskinson, who stated that the SEC is not after Ripple because of a conspiracy, but because the United States does not have clear regulation of cryptocurrencies.

The XRP community quickly attacked the businessman, who said in his speech that what was said was taken out of context. The defender of the Twitter profile token, @Truth_hurts_hmm, countered and said that Hoskinson wants to rewrite history as if nothing had happened, but that something did happen and his speech was contextualized.

In this case, even with Hoskinson claiming to be a Ripple supporter in the court case against the SEC, much of the XRP community does not see it that way. However, when it comes to the controversial creator of Cardano, this is nothing new.

Hoskinson, besides having developed one of Ethereum's (ETH) main competitors, is known for his controversial statements. He has said that in the crypto market there are people who like him and people who hate him, and it is very difficult to find someone who feels neutral about him.

The entrepreneur behind Cardano has already criticized the major cryptocurrencies on the market. For the entrepreneur, Bitcoin has an outdated and slow consensus model. As such, he declared in October that mining of the primary cryptocurrency should be stopped.

In Hoskinson's view, the blockchain area does not need the proof-of-work (PoW) consensus mechanism because it optimizes a network only to fulfill the mission of transferring values without having much success in other areas.

The entrepreneur believes that all existing BTC units should be converted into Wrapped Bitcoin (WBTC).

In short, WBTC manages to get Bitcoin into decentralized finance, which is something that cryptocurrency holders could not enjoy. This being the case, it leads to the enormous liquidity of Bitcoin on centralized exchanges.

In Hoskinson's analysis, Wrapped Bitcoin is still Bitcoin, because it has all the properties and features of the asset.

Regarding Ethereum, the entrepreneur stated that the altcoin team ignored the Ouroboros protocol for years, something that caused a major delay in proof-of-stake delivery to the ETH network.