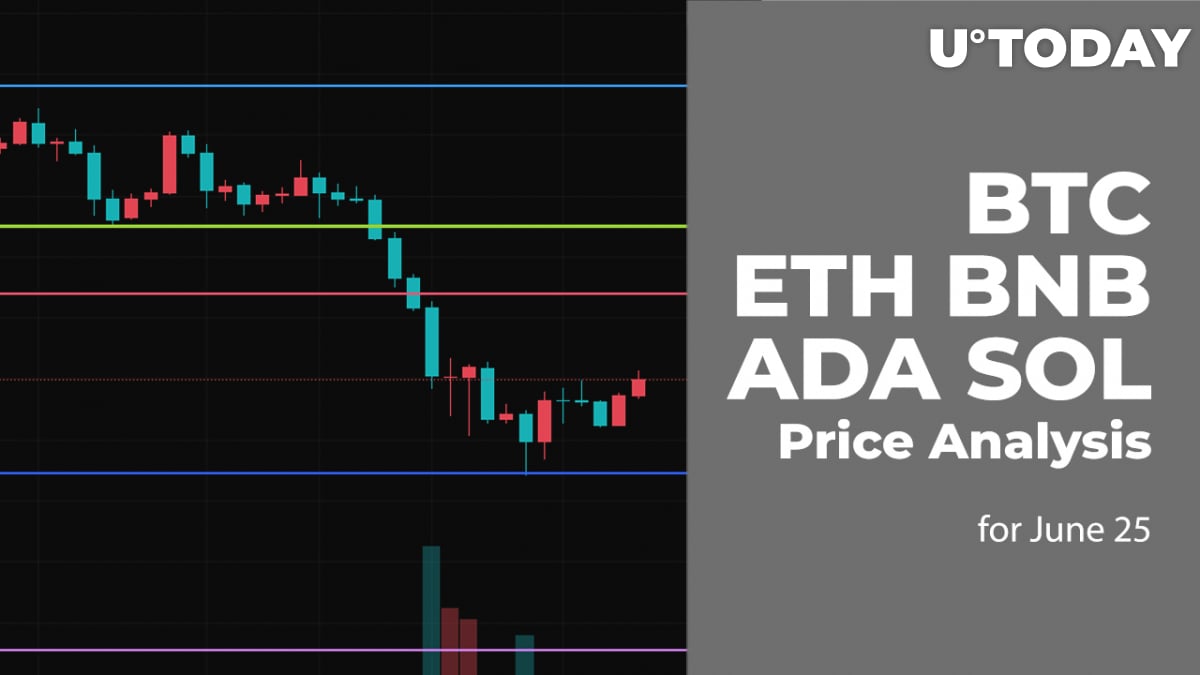 The cryptocurrency market is facing a slight decline after a continued rise.

Despite today's decline, the position of Bitcoin (BTC) is unchanged since yesterday. Thus, the volume has fallen, which means that the main crypto is not ready for a further sharp move. All in all, the more likely scenario is sideways trading between $21,000 and $22,000 for the next week.

Ethereum (ETH) has lost more than Bitcoin (BTC), as the leading altcoin has dropped by 1.40%.

Even though Ethereum (ETH) has fixed above the $1,000 zone, it could not get to the $1,200 mark for continued growth. In addition, the rate could not overcome yesterday's peak at $1,244. In this case, the coin needs more time to accumulate energy. Likewise, one should not expect any sharp moves shortly.

Binance Coin (BNB) has followed the overall market correction, losing 2.55% of its price share since yesterday.

On the daily chart, Binance Coin (BNB) is trading similar to Ethereum (ETH) as the native exchange coin might need more time for a further move. However, if buyers can hold the price above the resistance level at $236.80, there are chances to see a breakout in the next few days.

From the technical point of view, Cardano (ADA) is neither bullish nor bearish as the altcoin is far from its support and resistance levels. However, one needs to pay attention to $0.50, which is vital for bulls to break to seize the initiative. If they can do that, growth is possible to $0.55.

Solana (SOL) keeps accumulating power after the breakout of the resistance level at $37.37 that serves as a mirror level now. Until the rate is above it, bulls control the situation on the market. In this regard, we are likely to see the test of the nearest level at $44.87 rather than a fall.