Denys Serhiichuk
Which coins can resist the decline and keep the growth? 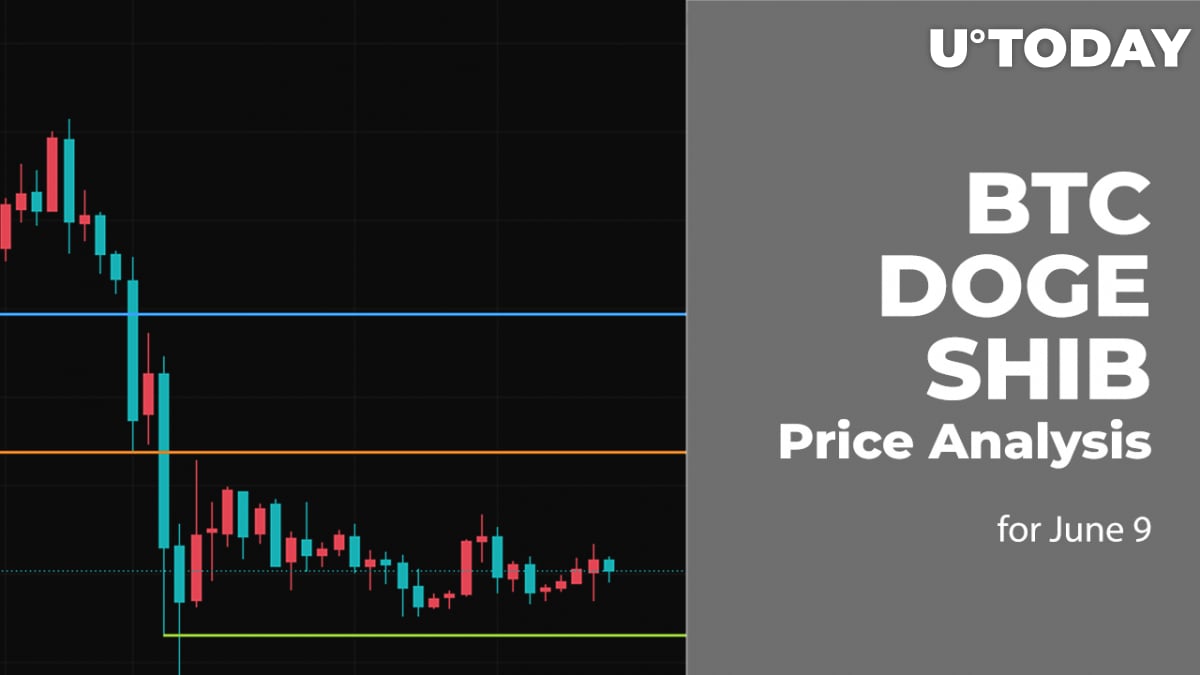 After the continued growth, most of the coins are facing a slight drop; however, there are some exceptions to the rule. Mainly, the rate of Solana (SOL) is rising by 2.55% over the last day.

On the daily chart, bulls are fighting to keep the rate above the $30,000 mark. From the mid-term point of view, the price is located in the middle of the channel, which means that there are high chances to see the main coin trading sideways soon. However, if the daily candle fixes below $30,000, bears' pressure might continue to $29,000 by the end of the week.

DOGE has followed the slight decline of Bitcoin (BTC), falling by 0.84%.

DOGE is still facing trouble as the rate remains below the $0.08 mark. Thus, the price is located closer to the support than to the resistance. If the selling volume increases, one can expect a decline to the $0.075 zone by the end of the month.

SHIB is the biggest loser from the list as the drop has made up almost 1%.

SHIB has already lost its $0.000011 level, which means that bears keep controlling the situation on the market. Even though the selling volume remains low, bulls cannot seize the initiative. In this regard, one can expect the return to the $0.000010 mark within the next few days.