Denys Serhiichuk
Can bulls hold initiative at beginning of August? 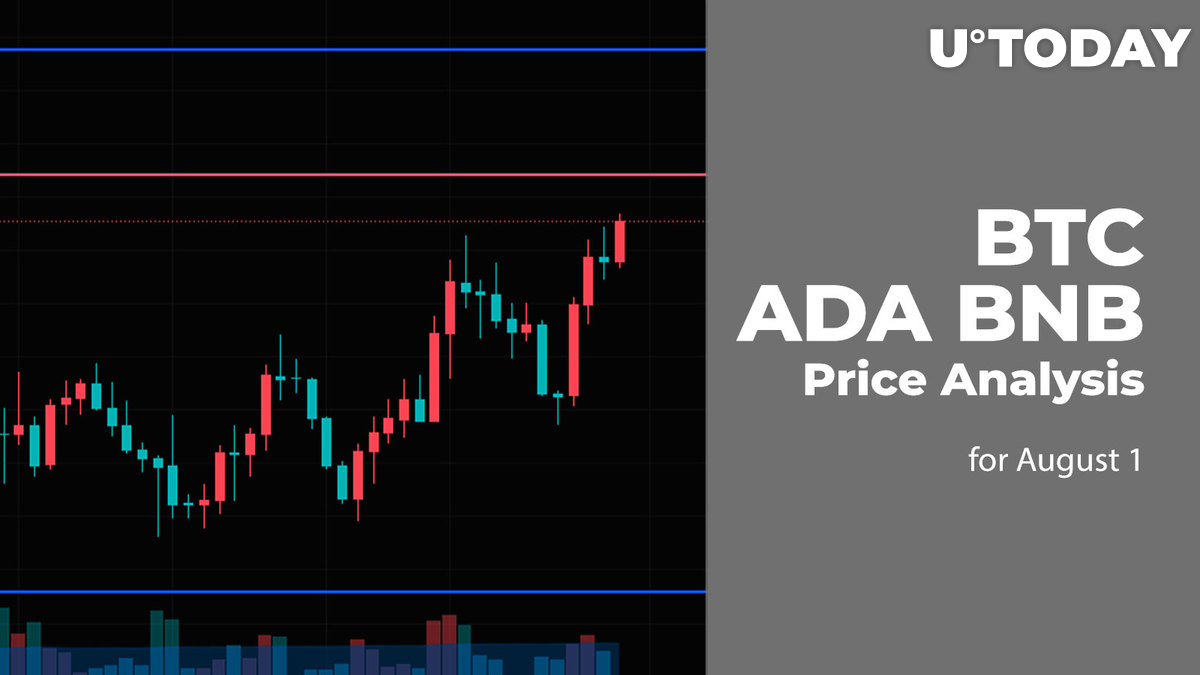 August has started with the correction of the cryptocurrency market as most of the coins are trading in the red zone. 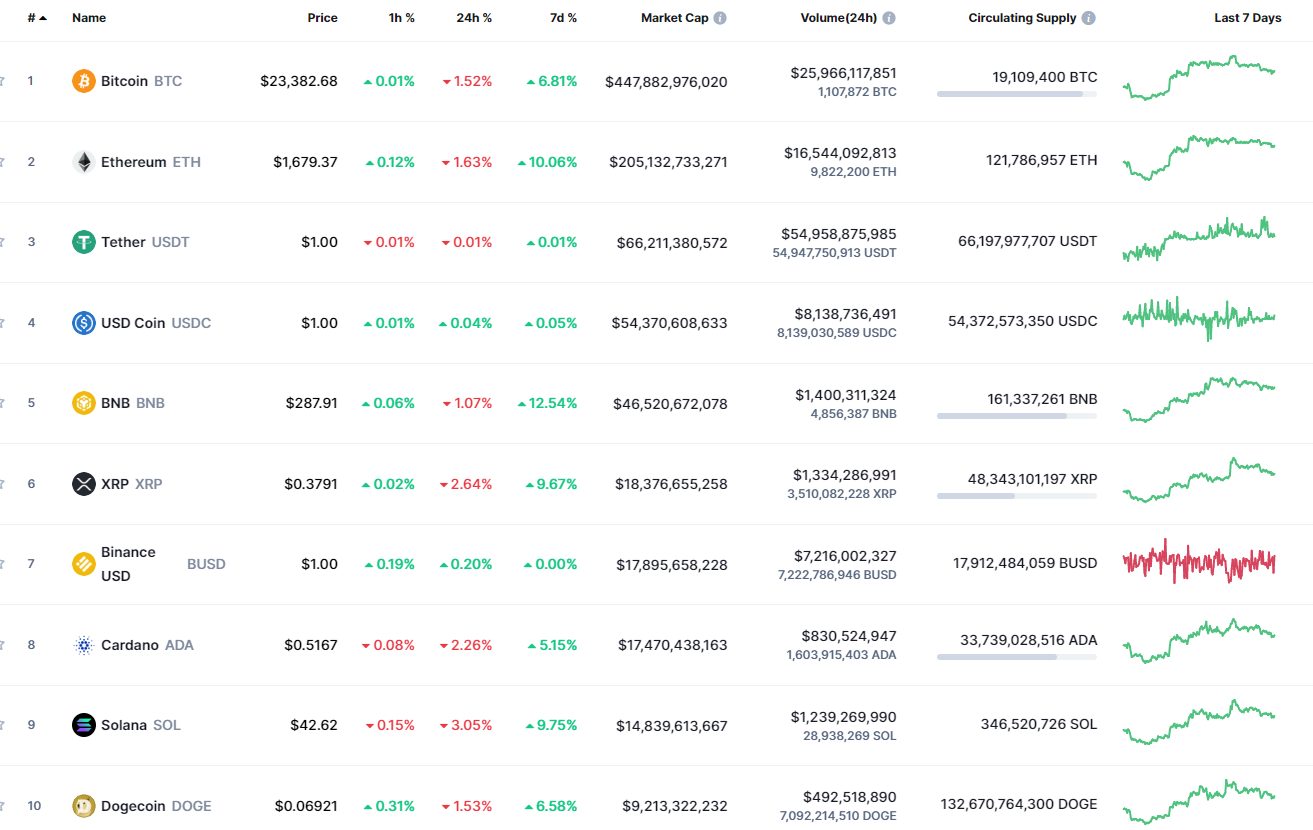 On the daily chart, Bitcoin (BTC) has successfully bounced off the $23,000 mark, which means that bulls keep controlling the situation on the market.

If bears cannot seize the initiative by the end of the day, a slight rise might lead to the test of the $24,000 area within the next few days.

Binance Coin (BNB) is falling the least from the list as it has declined around 1%.

Binance Coin (BNB) is located under bears' pressure after the failed attempt to fix above the vital $300 mark. From another point of view, the price is above the $273 level, which means that bulls have the chance to keep the upward move going. At the moment, the more likely scenario is sideways trading in the range of $280-$290 so one of the sides could accumulate more energy for a further move.

Cardano (ADA) is the biggest loser today, falling by 2.60% over the previous 24 hours.

On the daily time frame, Cardano (ADA) is neither bullish nor bearish as the price does not show any prerequisites for either a rise or fall. Trading around the $0.50 area remains the more likely price action until the end of the week.