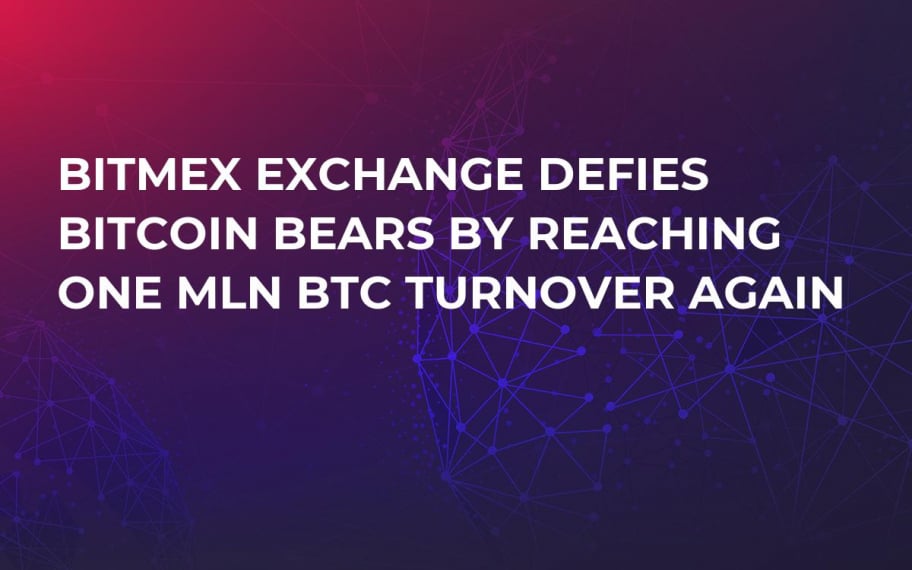 BitMEX, a Hong Kong-based cryptocurrency exchange, has just hit one mln market turnover. This is already the second time when the exchange reaches this important milestone.

The start of a bullish trend?

The news about BitMEX reaching the one mln BTC mark once again made some buzz in the crypto community. This is due to the fact that the exchange’s previous momentum, which happened two weeks ago, conveniently coincided with Bitcoin price surging up to $8,000 for the first time in two months. Despite the recent success, the exchange also received some complaints about the network congestion.

Arthur Hayes, BitMEX’s CEO, fees jubilant about this most recent achievement, saying that it just goes to show that the exchange’s community is expanding. He also claims that the company responds to its customers’ demands by introducing two brand-new products.

The exchange continues to focus on swap products by releasing the ETHUSD perpetual swap. BitMEX’s XBTUSD swap, which was launched back in May 2016, turned out to be overwhelmingly successful, since it offered higher leverage and the ability to open trading positions that do not expire.