Alex Dovbnya
Bitcoin’s adolescence was spent on the Dark Web, but it seems that there is a new coin in town. 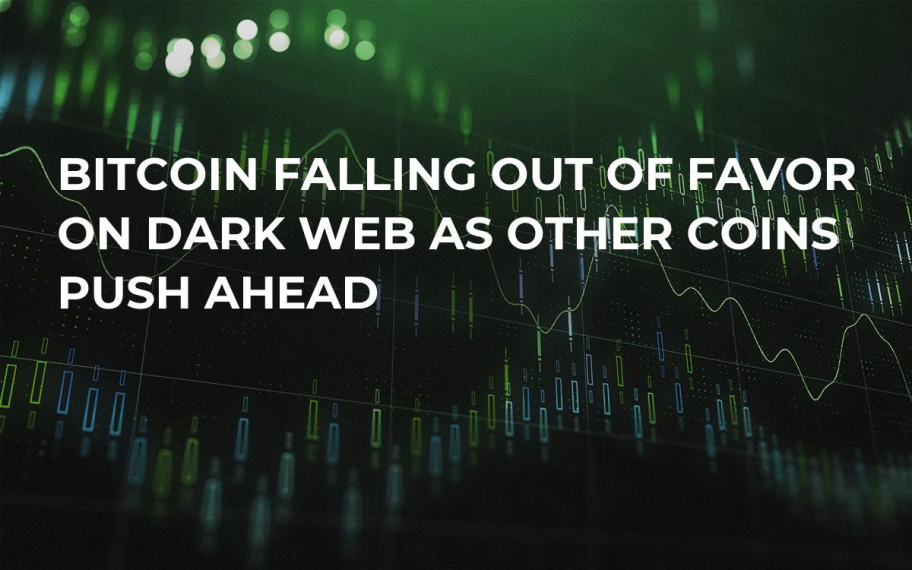 Bitcoin’s rise to prominence in the mainstream has seen it become much more understood, and far more scrutinized leading Dark Web users to start shifting their preference in cryptocurrencies for nefarious goods and services.

In an investigation conducted by Recorded Future, which is a threat intelligence company, it was discovered that Bitcoin’s popularity is making it far less popular with shady characters who prefer to remain hidden on the Dark Web.

Trawling through 150 of the Dark Web’s top marketplaces and forms, a trend quickly became evident.

No longer the right tool

According to the research, the popularity of Bitcoin is one of the driving factors as to why drug dealers, illegal goods merchants and a range of other criminals operating on the Dark Web are no longer wanting to use Bitcoin.

Originally when Bitcoin was essentially the only available digital currency, it was the go-to tool for making payments on the Dark Web and operated in running that entire economy.

The popularity of Bitcoin is a double-edged sword for Dark Web users. However, not only has its popularity led to more regulators and law enforces understanding and scrutinizing the currency, but it has also slowed the network.

New kid on the block

Bitcoin still seems to be the dominant coin, but it is starting to dwindle in its use as more users shift their usage to other cryptocurrencies better suited to their needs.

The research predicts that over the next 12 months the domination of Bitcoin on the Dark Web will come to an end.

"As a rule, whatever is used by the drug dealers will become a mainstream currency, and they have been actively switching to Dash," one Dark Web marketplace member wrote, according to Recorded Future.

"Despite its security limitations, we have observed that Litecoin is becoming a favorite currency among criminals in the underground, especially among eastern Europeans," Andrei Barysevich, director of advanced collection at Recorded Future, said in an email. "On the surface, this discovery came as a surprise, but criminals are, after all, businessmen. They want to make it as easy as possible for customers to make purchases."

For Bitcoin, this is probably also a positive situation that is unfolding, as there is still a strong belief that it is a tool of drug dealers and arms smugglers.

Bitcoin is now being talked about less on the Dark Web and more in the Senate, which shows how drastically the tide is turning.