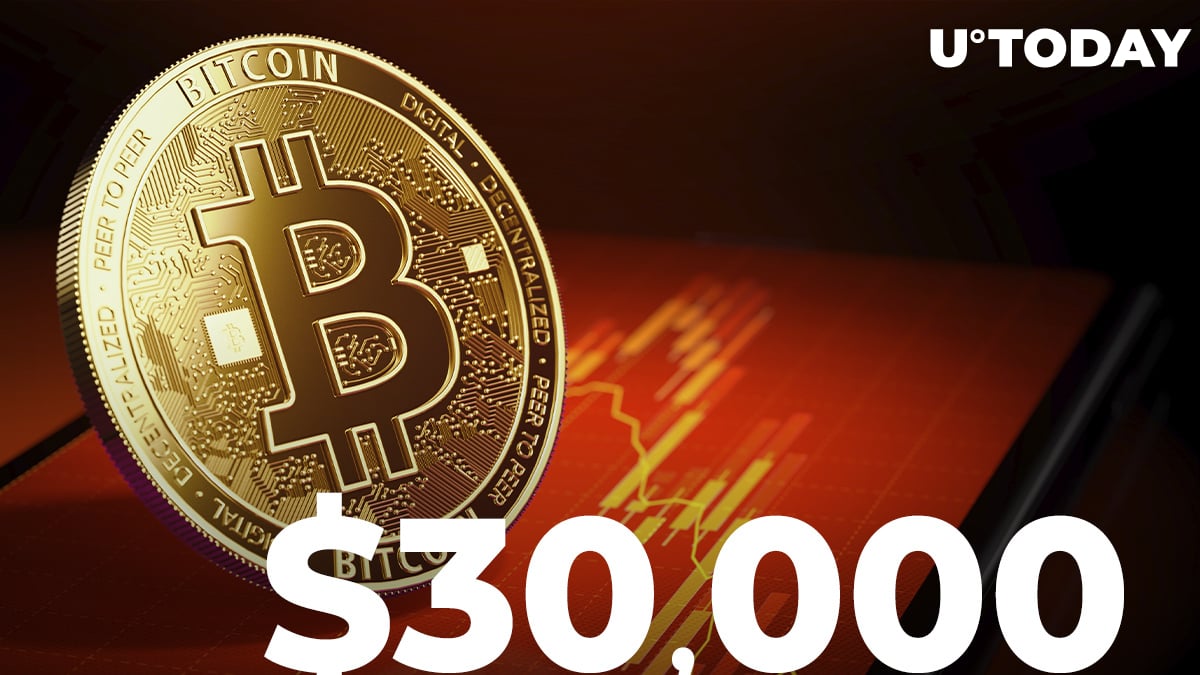 Bitcoin has begun the new week on a cold note.

The leading cryptocurrency dropped to an intra-day low of $30,560 on the Bitstamp exchange.

According to data provided by IntoTheBlock, open interest, which shows the cumulative amount of open positions in the futures market, continues to rise.

Particularly, perpetual swap OI has now crossed $10 billion for the first time since May 19, the day Bitcoin collapsed nearly 30 percent in a matter of hours.

This indicates that short positions continue to pile up despite Bitcoin recently logging its worst weekly close since December 2020.

It remains to be seen whether bulls will be able to vigorously defend the $30,000 support for much longer.

Markets turn red across the board

Apart from Bitcoin, equities are under pressure, with the S&P 500 index opening 1.3 percent lower. The tech-heavy Nasdaq is also down 1.43 percent.

While crypto has been in a bear market for months, the ongoing correction may be a scary warning for some stock market investors given that all major indexes managed to scale new peaks just last week.

Oil is also in the red after OPEC+ agreed to boost outputs.

#stocks down, #oil down, #gold down, #euro down #bitcoin down, #treasuries up, #usd up, #vix up. pic.twitter.com/k3yv8Pmpuy

Meanwhile, the U.S. dollar and the Japanese yen are trading higher as investors are embracing the "safe haven" trade.