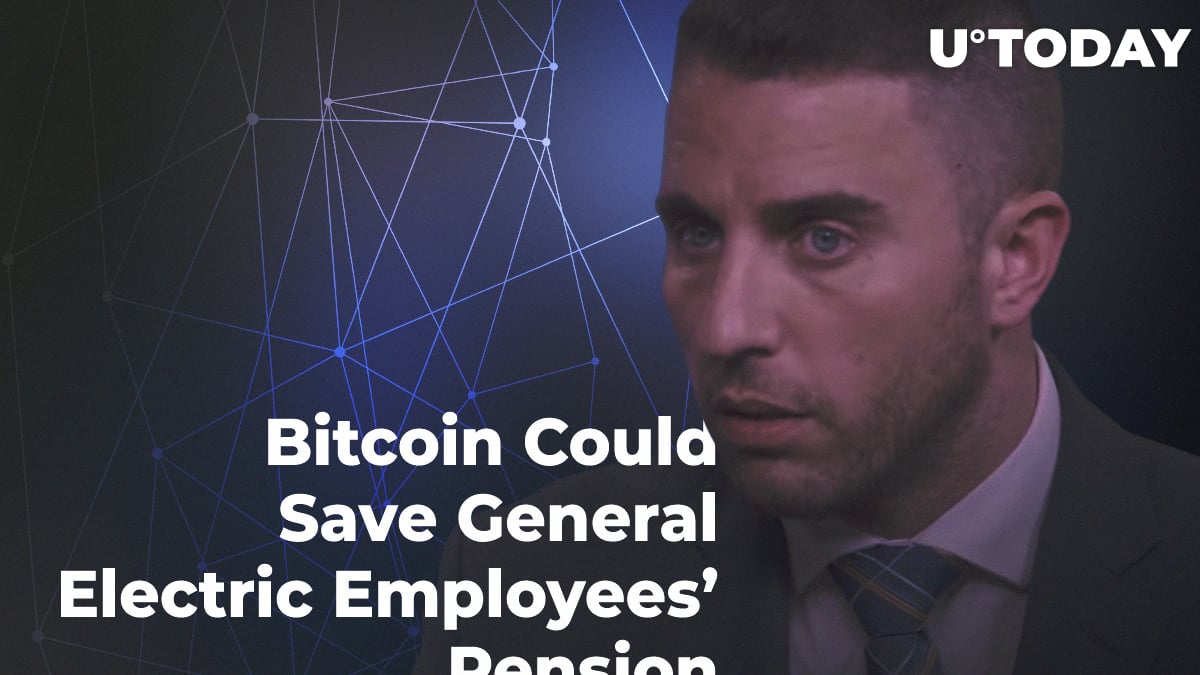 The co-founder of the Morgan Creek Digital fund and a prominent Bitcoin evangelist Anthony Pompliano often comes up with new arguments for an increase in Bitcoin adoption by financial institutions globally.

In one of his interviews to CNBC, he stated that it is irresponsible for modern institutional investors not to have Bitcoin in their portfolio. Recently, he said that Bitcoin offers different things to different people, such as being impossible to be seized or manipulated by governments.

Now, Pompliano has shared news that the General Electric giant has left 20,000 of its staffers without pension. He points out that the pension issue is only going to become worse in the future and that pension funds should embrace Bitcoin.

The pension problem in America is only going to get worse over time.

Promises will be broken.

Every pension needs to have exposure to Bitcoin.

Pompliano seldom mentions Bitcoin’s volatility but all his forecasts imply that in the near future Bitcoin price is going to surge tremendously. He does often warn his followers on Twitter to invest in Bitcoin and other crypto only what they can afford to lose.

This is not the first time, Pomp has mentioned the problem of pensions in the US.

Wait till people start realizing that most pension funds don’t have enough money to cover their obligations.

In his daily letter to investors of Morgan Creek Digital, Anthony Pompliano looks at several regions that are turning towards Bitcoin actively right now or that can potentially welcome a wide Bitcoin adoption.

[New Post] Bitcoin is becoming much more important in Hong Kong and India.

It won't happen overnight, but slowly people are reminded why they should own a decentralized digital currency.https://t.co/lJHMyeeJKe

In particular, he looks at Hong Kong, India and Venezuela. As was reported by U.Today on Monday, due to the protests in Hong Kong and a severe response from the police and the military against people marching in the streets, local ATM are either empty of cash or have very long queues. This could be a ready environment for Bitcoin adoption.

Besides, he mentions a very high trading volume in Hong Kong recently, as well as a great capital flight from the country.

He also talks about the current situation with banks in India and hyperinflation in Venezuela. The population in India has a high potential to use Bitcoin. Venezuela has been doing it since 2017 and earlier and is even planning to start forming its foreign reserves, using Bitcoin and Ethereum.

“Bitcoin provides a transparent, disciplined system that continues to store wealth safely. Now this doesn’t mean that individuals are going to place 100% of their wealth in Bitcoin tomorrow. The asset is still highly volatile. But just as I mentioned in the beginning of this letter, Bitcoin’s properties of 24/7/365 access, non-seizability, and non-censorship become much more important to people in areas where lack of access to your wealth becomes a problem.”

What's your view on the pension issue in the US? Can Bitcoin help solve this approaching problem? Feel free to leave a comment!