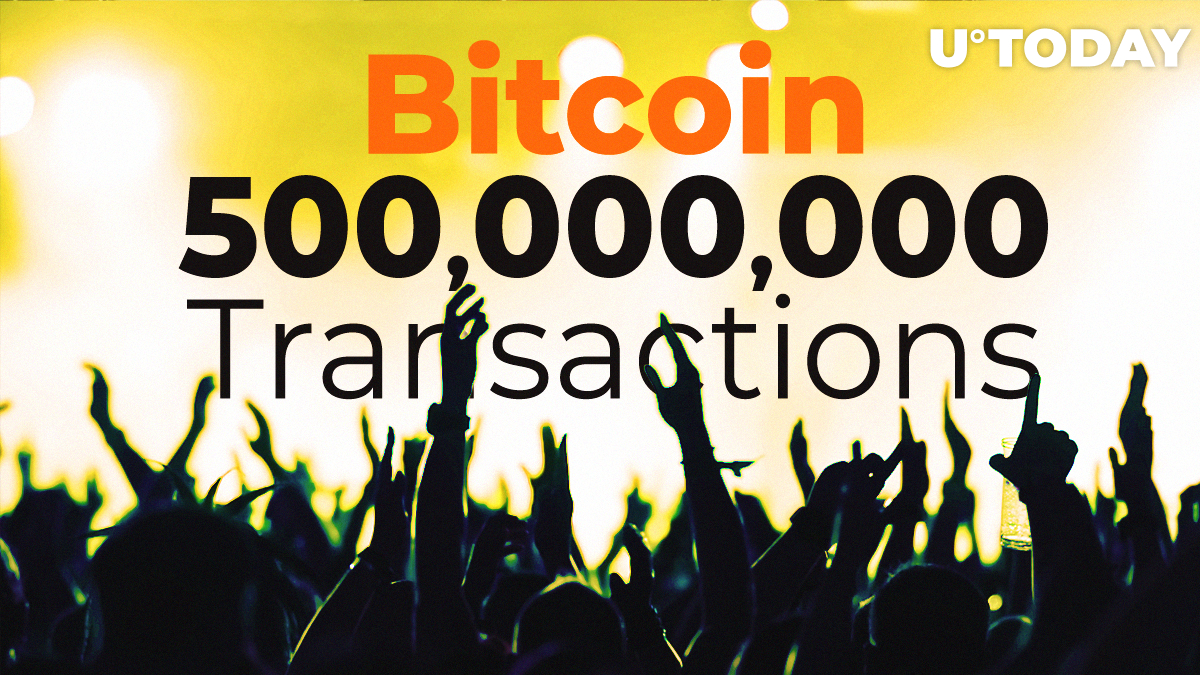 According to data provided by on-chain research firm Glassnode, Bitcoin (BTC) has just reached a major milestone by recording more than 500 mln transactions.

The fact that Bitcoin has added more than 100 mln transactions since April 2019 flies in the face of crypto critics who keep parroting that no one uses it.

Related
Bitcoin to Exceed Internet in Terms of Transaction Volume in 2020: Willy Woo

Bitcoin reached its highest number of confirmed daily transactions on Apr. 23, 2019. More than 439,000 of them were recorded on the Bitcoin network on that day.

In the past 24 hours, BTC logged 340,025 transactions. The total number increased by more than 10 mln in January.

Related
Unconfirmed Bitcoin Transactions: Why They Happen, and What You Can Do About Them

ShapeShift founder Erik Voorhees considers the number of transactions to be the most important metric in crypto since it sheds light on the real pace of adoption instead of price noise.

While adoption remains a sticking point for Bitcoin, data suggests that it made a great leap forward in 2019. Blockchain sleuth Chainalysis estimated that nearly $4 bln worth of BTC went through payment processors last year.