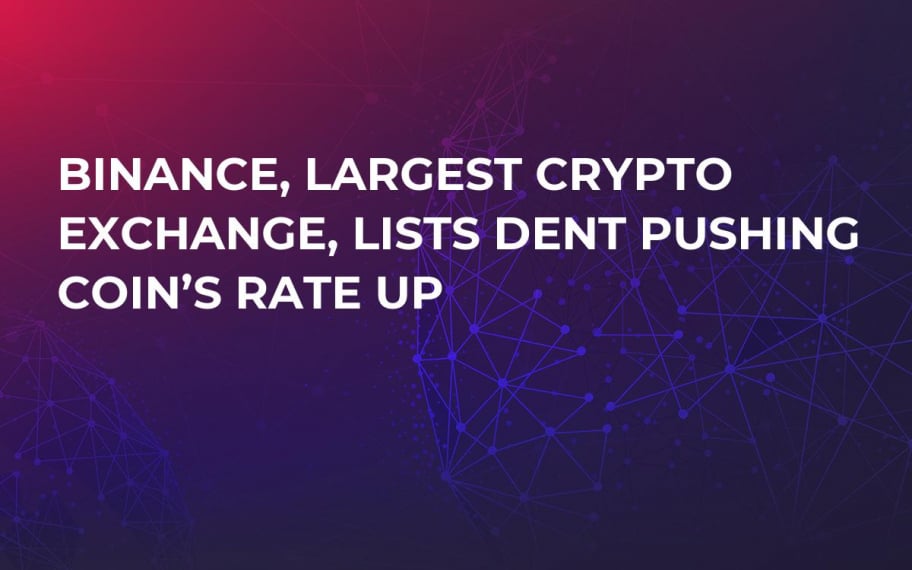 In early January, DENT achieved a maximum of $0.10 but later slid to $0.003, losing 90 percent of its cost. Now, after adding to Binance, the asset is quickly recovering.

Binance added DENT, warning traders of its volatility, since this token is believed to be risky. Most people in the crypto community reckon that DENT was listed when the project had paid the huge Binance fees, trusting that this listing would give the coin some fresh blood.

Anyway, rumors of adding this altcoin have been around for several days already.

Rising after a deep fall

After losing almost all of its value, the coin will have to give a battle to regain its losses. Perhaps, this is what the coin is doing now. Being added to Binance listing could be just the first step.

Still, the coin does not seem to be strong, since after the fall it cost even less than a few cents.

The coin will first be paired with ETH and BTC, since the trading platform normally starts with two pairs.

Among other small coins that Binance has recently added is Mainframe (MFT), which is now paired against the Binance Coin (BNB) to ensure some extra liquidity.