Eric Eissler
Basic Attention Token garners just that, basic attention as it fails to follow through on technological developments 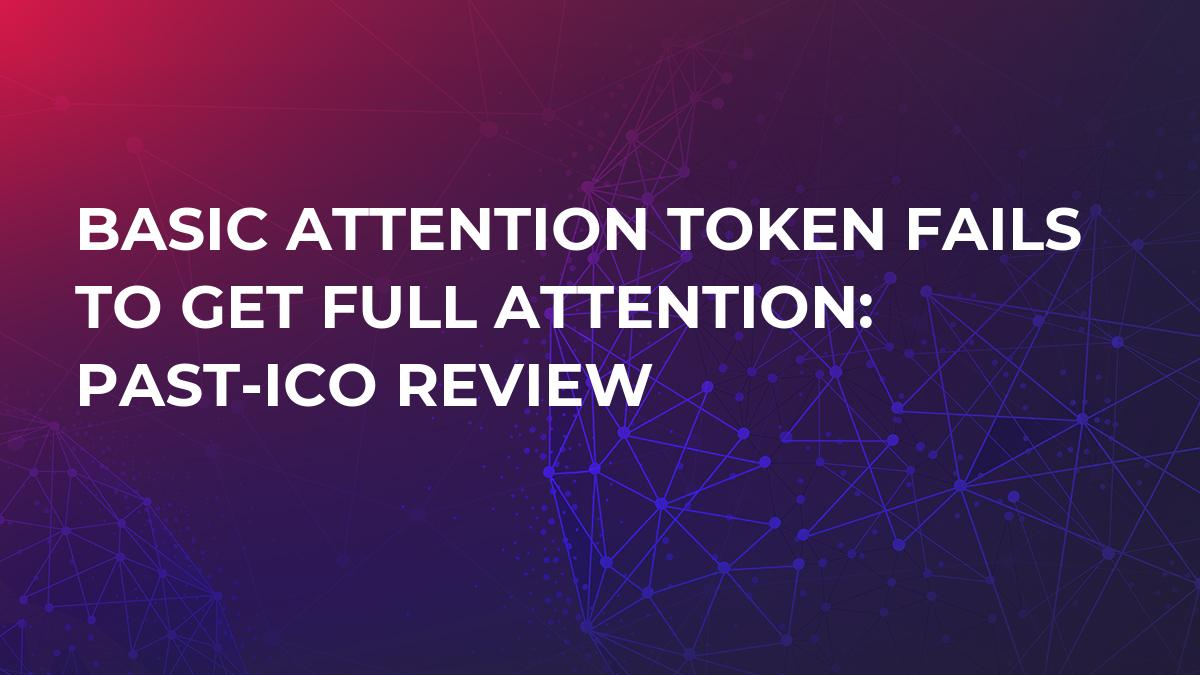 May I have your attention, please! That worked, didn’t it? Are you still reading? Good. Then you might want to hear a bit more about how Basic Attention Token (BAT) would like to disrupt the traditional advertising market.

However, has not nearly captured, forgive the pun, it’s just too easy, the attention of the market to do so. Before we get into the technical aspects, let’s have a look at the books. Now, this next section should have your full attention, because it is about money.

BAT had its ICO on May 31, 2017 which lasted for one day brought in $36 mln in funding. The must have gotten some people’s attention to raise that kind of money.

The token debuted at $0.36 and one year later is at $0.28 a loss of 22 percent, ouch! It seems it lost almost a quarter of the initial attention it had received; the excitement dwindles away.

BAT has one bln tokens in circulation with a maximum of 1.5 bln, and there is 500 mln currently uncirculated. It is also an ERC20 token based on the Ethereum Blockchain. It is ranked 58 by Coinmarketcap.

At this point, 25 percent of you stop reading

But I hope you will continue as I hope this next bit gets your attention, it sure did for the middlemen that are to be cut out of the advertising cycle of BAT gets its way.

It won’t, however, so don’t worry. What it would like to do is create an ecosystem on the Internet where users and publishers can reward each other for either looking at advertising or supporting quality content.

The system is essentially three parties: advertisers, publishers, and users who can directly affect each other based on advertising or content.

Users can block ads or they could get paid in BAT to view ads by publishers or advertisers. In turn, the users could reward the publishers with BAT for quality content.

According to the website: “Digital advertising is overrun by middlemen, trackers and frauds.” The site goes on to list why the publishing industry is dying with the following points.

Sure, publishers suffer a lot in the wake of the digitization and automation of their trade, but creating a limited ecosystem, where users have the option to block out all the ads is not going to help.

Even still rewarding them with tokens is not going to be the answer either. If getting likes on Facebook and Instagram is hard, imagine how much harder it is going to be if you want someone to pay for your content or in this case give a “tip” for great content.

In reality, it is just not going to be as good as it sounds on paper.

Then there are the technical problems, too. As part of the system, you need to use Brave Browser, a lot of people are not so easily swayed to switch browsers, especially if it is not one they heard of. Does anyone remember Opera? I used it for about a week before going back to Chrome. If they want to succeed, then they need to be able to operate plugins.

You had my attention at… but lost it quickly thereafter

It is a really well-meaning idea, but it only works on paper, sadly. I think we are going to see BAT fall into competition with other coins that do similar things and other advanced ad blockers out there that block ads, delete cookies and, and keep prying eyes out of your browser.