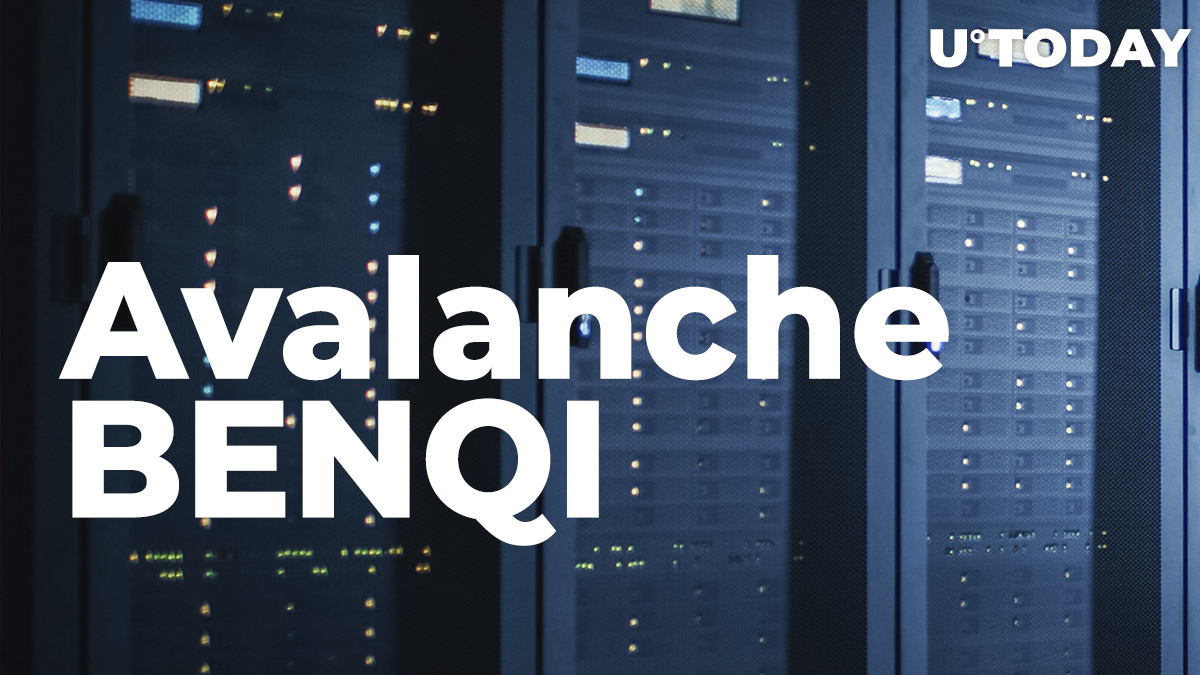 The users of BENQI's lending/borrowing instruments will receive generous rewards in Avalanche's core native assets AVAX. This program will catalyze the growth of the Avalanche DeFi ecosystem.

According to a press release shared with U.Today, Avalanche-based DeFi protocol BENQI is going to start a unique AVAX liquidity mining initiative.

A quick teaser of what’s to come! pic.twitter.com/vnWYX0SA0Y

The aggregate amount of funds allocated for the program is $3 million. The rewards will be distributed between those who borrowed or lent Avalanche (AVAX), Ethereum (ETH), Chainlink (LINK), Wrapped Bitcoins (wBTC), U.S. Dollar Tether (USDT), and Dai (DAI).

This program is meant to celebrate the launch of the BENQI protocol on the mainnet. The liquidity mining initiative starts on Aug.19.

The BENQI team emphasizes that this large-scale program mirrors the explosive growth of DeFi protocols activity on Avalanche (AVAX), one of the fastest smart contracts platforms.

JD Gagnon, co-founder of BENQI, outlines that this program will draw the attention to DeFi on Avalanche and let all users of his protocol benefit from liquidity providing:

Decentralized finance (DeFi) is primed to take off on Avalanche with the arrival of another cornerstone DeFi functionality. BENQI is joining a rapidly growing ecosystem of DeFi users, assets, and applications on Avalanche, and we expect users and developers to leverage BENQI to expand the utility of their assets

Recently, the BENQI protocol secured funding from some of the venture capital firms. Its $6 million round was supported by Avalanche Foundation, Mechanism Capital, Dragonfly Capital, Arrington XRP Capital, and the Spartan Group.

As of Q3, 2021, the entire ecosystem of Avalanche-based DeFis amassed $233 million in total value locked (TVL) whilst its flagship AMM Pangolin processed more than $1.3 billion since its launch in February.