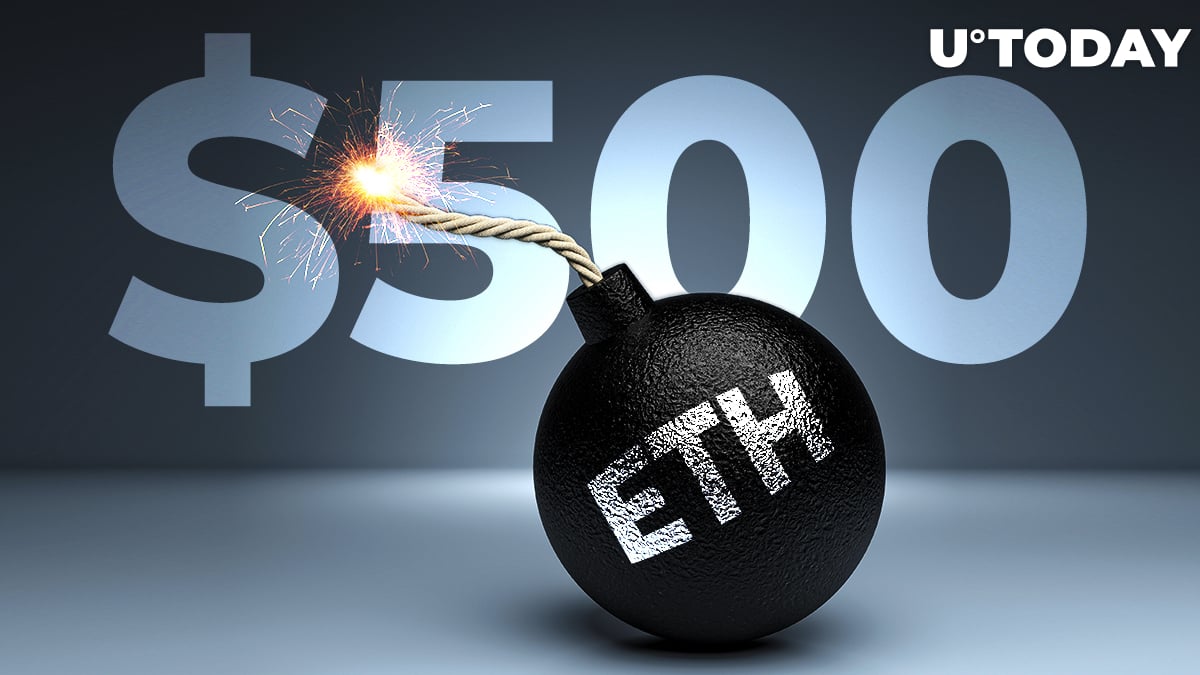 Analytics research firm Glassnode has reported a major increase in ETH exchange deposits over the past twenty-four hours.

Meanwhile, famous analyst "Crypto Michael" expects the price of the second biggest cryptocurrency to surpass the $500 level in the near term.

According to data shared by Glassnode, over the past twenty-four hours, the number of ETH deposits made to crypto exchanges has spiked more than thirty percent—an increase of 172,438 deposits over the previous figure of 566,500.

With the spread of DeFi and the amount of ETH locked within its apps, as well as a major upgrade—Ethereum 2.0—expected to be rolled out sometime this year, many are hoping the price of Ethereum will print a significant rise soon.

Another new ATH that ETH fundamentals have reached regarding ETH balances today is the amount of wallets that contain more than 0.01 ETH. Compared to data issued earlier today, the quantity of such ETH addresses has surged by over 1,000.

Major analyst Michael van de Poppe (perhaps better known as "Crypto Michael" on Twitter) assumes that the Ethereum price is gaining enough momentum to blast beyond the $500 level "in the coming period" in a recent tweet.

Meanwhile, Peter Szilagyi, a lead developer of Ethereum, has recently written on his Twitter page that the all-time cumulative trade volume of ETH has reached the staggering figure of $6.5 tln in just one month.

The source of Szilagyi's data is CoinMarketCap.

After a commenter accused that major crypto website of using a great deal of wash trading data to increase its research figures, CoinMarketCap responded by saying that the new ranking metrics it recently released have helped the company set aside wash trading figures from the data reported.