4D Chess: Tether Accused of Buying Its Own Tokens to Make Quick Millions 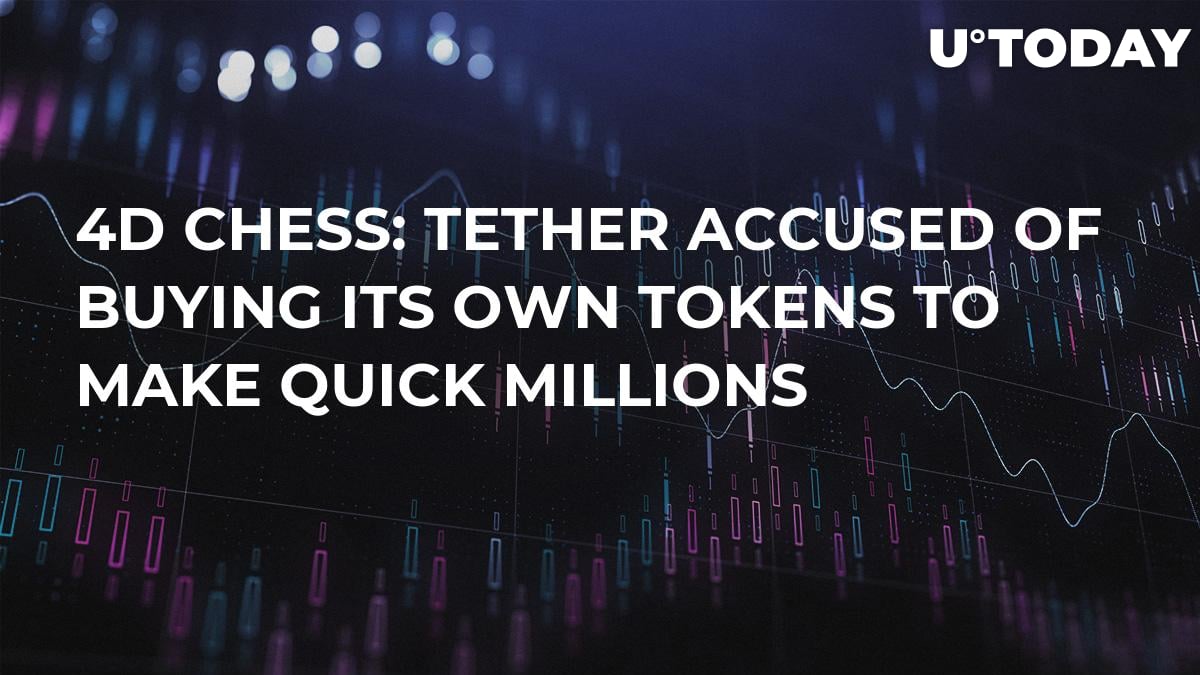 Ran NeuNer, CNBC Africa’s “Crypto Trader” host, has recently expressed his indignation on Twitter pertaining to Tether redeem and burn 600 mln of USDT tokens. He claims that Tether was able to make about $30 mln because of last week’s five percent discount.

Tether redeeming and burning 600m tokens, taking them out of circulation. Last week the average discount was about 5%... thats a quick $30m right there. pic.twitter.com/kYaBiZGlpr

His tweet immediately provoked a heated discussion with Twitter users agreeing that the company behind the world’s biggest stablecoin is not playing fair. They’ve seemingly reached the consensus that Tether is intentionally running and amplifying a FUD campaign in order to buy its own tokens at a lower price and later issue them at 1:1 ratio again.

I'd laugh if it comes out that Tether is buying them back themselves...
Sell your stable coin for 1:1 buy it back 5% cheaper, issue it for 1:1 again.
Repeat.

Make money off of not only interest but also by collecting money from people that doubt your solvency.

Another user suggests that burning USDT tokens is necessary for an increase in demand that would subsequently allow Tether to get back on its peg.

They have to burn to keep the token at 1:1 peg. If less demand, price drops below $1. Hence you have to diminish supply.

The opposite is also true. In a bull market, more ppl want Tethers, hence it increases in value. To keep the peg, they raise supply.