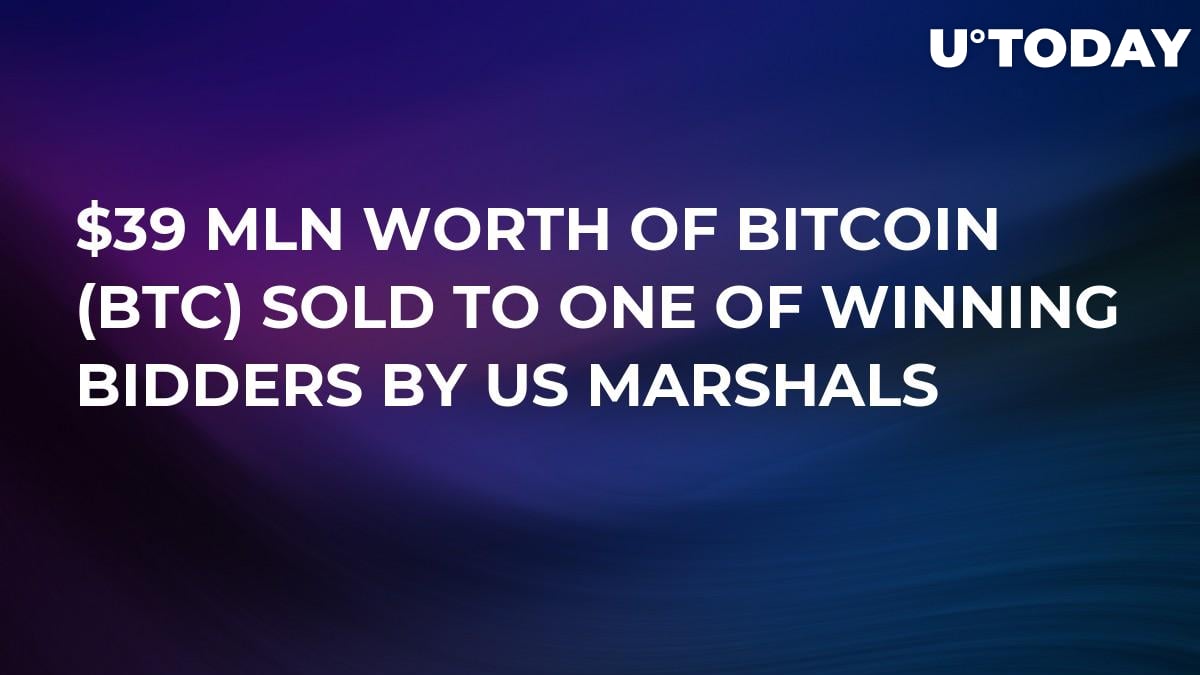 The United States Marshals Service sold 3,991 Bitcoins (around $38.8 mln) to one of the two winning bidders. The other one got the remaining 50 BTC that were up for auction.

The US Marshals bitcoin auction on Feb. 18 resulted in two winning bidders, who won quantities totaling 50 bitcoins and approximately 3991.6 bitcoins. There were 18 registered bidders for the auction and 38 bids received. The bitcoin transfers to the winners have been completed. pic.twitter.com/rJokxIZBHI

Related
US Secret Service Seized $217,000 Worth of Crypto from Infamous British Hacker

Another batch of sold coins

The federal law enforcement agency made an announcement about auctioning off about 40,000 confiscated coins on Feb. 1. All bidders were required to deposit $200,000 over a nine-day registration period.

The auction took place on Feb. 18 with a total of 38 received bids. It took the US Marshals more than two days to announce the final results due to a complicated review process.

Not the best Bitcoin holder

The US government has auctioned off 185,230 BTC over the span of six years, gaining $151.4 mln from its sales. Casa CTO Jameson Lopp recently estimated that the US Marshals had lost around $1.7 bln by selling its holdings way too early.

Venture capitalist Tim Draper, who was the winner of the very first auction, was ridiculed for buying 29,657 BTC in 2014, but he eventually got the last laugh.