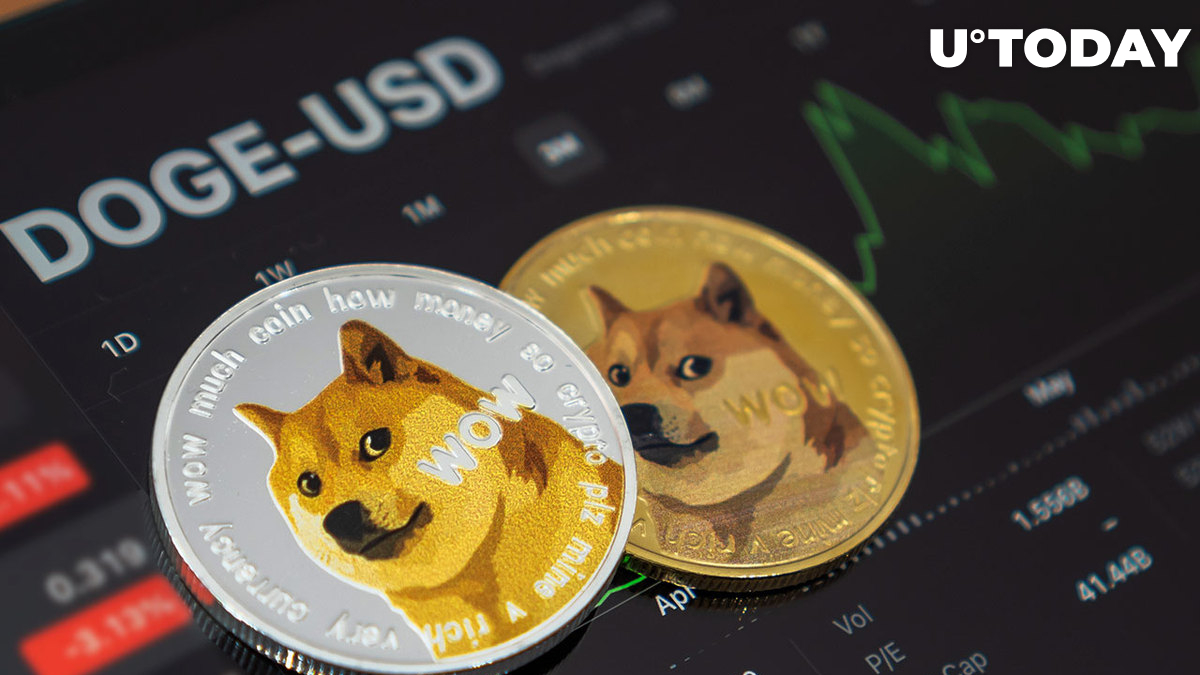 According to several recent tweets of the @DogeWhaleAlert platform that tracks the movements of large Dogecoin transactions, over the past 24 hours, almost 2 million DOGE have been transferred.

This massive amount of Dogecoin was moved in merely three transactions.

1.7 million Dogecoin on the move

The abovementioned tracker of DOGE transactions has spotted three astounding transfers of the biggest meme cryptocurrency, two of which carried 800,000,000 Dogecoin and one which shoveled 100,000,000 DOGE.

Related
FTX Is Not Acquiring Robinhood: HOOD Plunges by 3.5%

According to an earlier tweet by @DogeWhaleAlert, at the moment, popular investment app Robinhood holds a jaw-dropping amount of Dogecoin—actually storing 40,138,384,632 meme coins. This is evaluated at $2,892,291,720 and comprises 30.25% of the total circulating supply of the cryptocurrency.

As reported by U.Today earlier, the crypto trading giant FTX exchange reportedly considers buying Robinhood. The report on this data was published by Bloomberg. The platform's stocks, HOOD, soared by over 18% on the news.

This rumor, however, was rejected by FTX later.