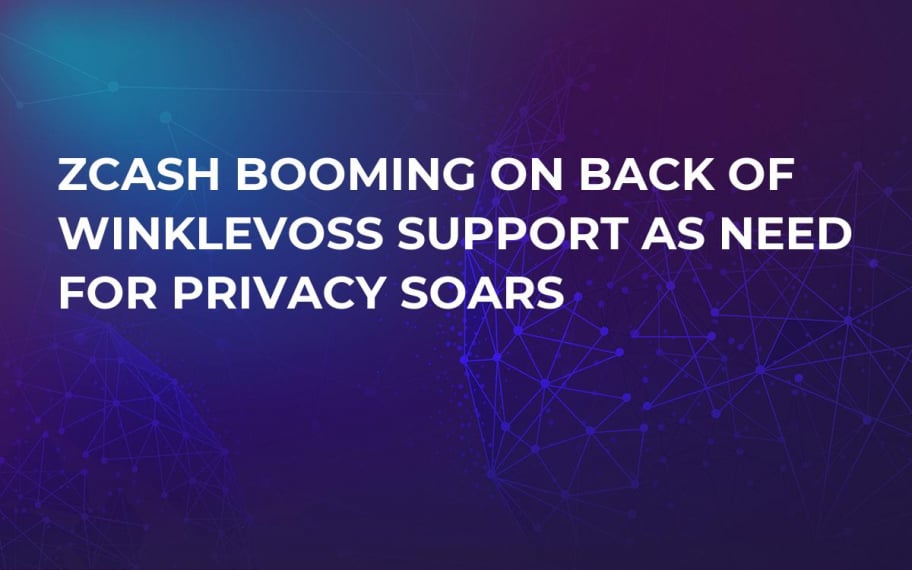 On Monday, it was announced that cryptocurrency exchange Gemini, which does everything by the books, had gotten approval from NYSDFS to trade Zcash. This led to a massive spike in the price of the privacy coin during a lull in the market.

The reason for the price spike seems to be partly to do with the backing of the Winklevoss twins who have also harped on the fact that there is a big resurgence in the need for a truly anonymous cryptocurrency.

Regulators and governments are cottoning onto the cryptocurrency market and its seemingly anonymous nature, but with coins like Bitcoin and other big ones they are spotting gaps to break the anonymity, which is leaving a hole in the market for something like Zcash.

Yesterday, Zcash began trading and has seen steady gains on the back of the positivity it received from the Winklevoss twins who outlined the necessity for privacy.

“Zcash picks up where Bitcoin left off,” Tyler Winklevoss said. “Bitcoin has many strengths, but privacy is not one of them.”

The words of Cameron will sting those who believe that the mantle of digital cash belongs to Bitcoin Cash, but what Bitcoin Cash does not offer, over and above what Bitcoin can, is the privacy aspect.

Governments and regulators are trying to break down the anonymity of cryptocurrencies to avoid some of the more illegal uses of these digital currencies, but even for those who are not using them for criminal needs, privacy becomes paramount.