With the Cryptocurrency Frenzy Over, Blockchain Experts Focus on Expanding the Technology in 2019 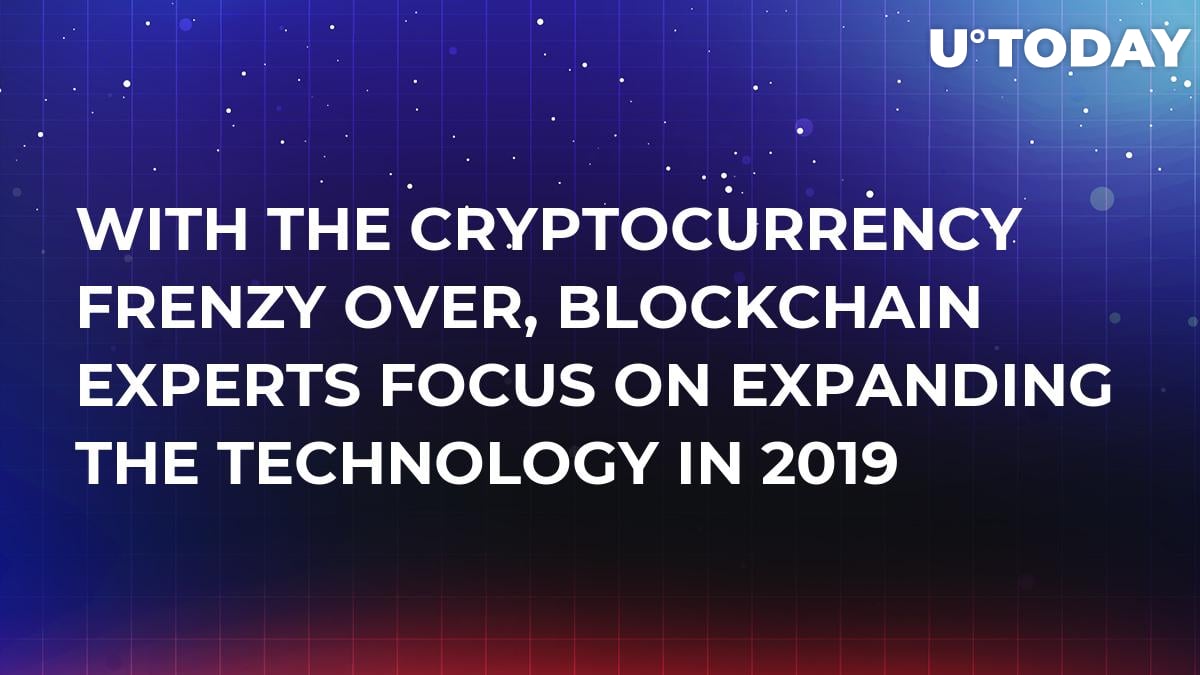 There is no doubt 2018 has been a rough time for those involved in cryptocurrency, and even those trying to utilise blockchain to disrupt certain sectors as a new technology. The market has gone from massive highs in late 2017 to gut-wrenching lows a year later.

However, there is a clear divide in the space as blockchain and cryptocurrencies, so interlinked, are also operating on different paths. The cryptocurrency sphere has permeated the financial markets and become part of the mainstream, but this has led to damaging speculation taking it up, and then down.

However, the underlying technology itself has managed to keep progressing in the background of the hype of cryptocurrencies. But, now that they hype has died down, some breathing room has developed for blockchain companies to focus on expanding the usefulness and application of the technology, devoid of the financial demands of the associated tokens.

A number of blockchain company leaders have come forward and predicted how they see 2019 playing out across the cryptocurrency and blockchain space, and for a lot of them, there is a clear focus on strengthening and bettering the application of blockchain before pushing for the value of the token.

The expansion of blockchain

2019, as predicted by a number of blockchain companies, will be about pushing the boundaries of adoption of the technology, as well as how blockchain can integrate with other technologies to improve itself, and push for a fourth industrial revolution.

“Throughout 2019, we will continue to see an increased use of AI and machine learning to improve customer experiences, whether it is the use of enhanced chatbots to facilitate quicker client assistance, or the use of imaging recognition software to provide hyper-targeted marketing based on age, sex, and even temperament.”

“As 2018 draws to a close, a highlight for blockchain is how the wider space succeeded in differentiating itself from strictly being associated with cryptocurrency. In 2019, we will see privacy and personal data protection trends continuing to grow in importance.”

He also went on to address how the cryptocurrency market needs to change in order to bring back investors.

“For companies that utilize blockchain heading into the next year, especially if a bear market continues, product-driven companies will have more stability to withstand the turbulence over hype-driven companies.”

"2019 will be the year blockchain hits the big time with organisations like the UN, World Bank, and major global philanthropies taking major stakes in using blockchain technology to anchor their initiatives. The price crash in crypto has created a window of focus on the underlying technology that will drive opportunity for billions of unbanked and excluded lives,” Zhang said.

“Expect to see projects ranging from supply chain, identity, transparency, and governance rolling out of the world’s biggest aid organisations, proving the true value of blockchain.”

“While a crypto market rebound may not return us to previous highs, we should see record blockchain adoption from the world’s biggest banks, internet companies and even smaller governments.”

Need to better the space

The indication from those involved in the blockchain space is that there really needs to be a stronger and more pronounced focus on shoring up the cryptocurrency market to make it less of a “wild west”, but also a strengthening of the blockchain technology and how it can offer real value to traditional companies and institutions. Vinny Lingham, the CEO of Civic, told Forbes that Blockchain is only going to be important when it actively adds value, not just potentially or hypothetically.

“A lot of the speculators are getting their hands burnt,” Lingham said. “I have been on about how we need to have real use cases, driving adoption of blockchain. You can't have a situation where it is just purely speculative and about future value."

“People don’t care about Blockchain, per se. I mean who cares?,” Lingham added. “It is more about what can it do, what is its utility? I think we need baby steps, for now, let's get people comfortable with the technology and what it can do, and why it is better.”