Yuri Molchan
TRON platform has been teasing the community, hinting at a “secret announcement” 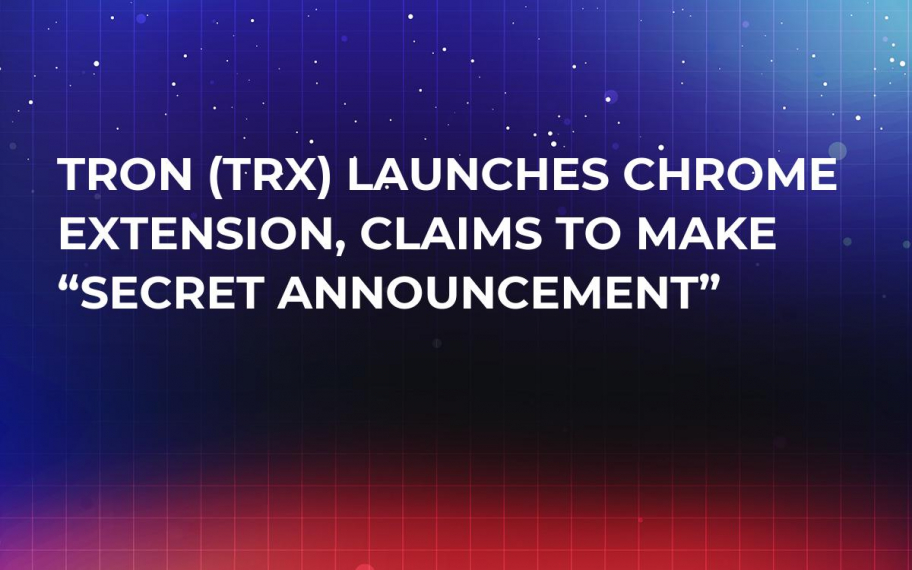 TRON project has recently launched its Virtual Machine, right after the start of the mainnet and token swap. The Tron Virtual Machine (TVM) is still working in the test mode. However, the company has been promising to make a secret announcement at the end of July, which is today, July 31.

TRON’s ‘secret’ is that there’s no secret

The community has been discussing various versions, from an announcement of details of working with BitTorrent, to a collaboration with Alibaba. In the end, no announcement has been made yet, however, Justin Sun, the TRON founder and CEO, has brought other good news– the launch of a Chrome extension, TronLink.

So far this extension, also working in the beta version, can only be used by developers, who are designing smart contracts for the testnet.

When finished and launched in the working mode, TronLink is going to be used together with the nodes of the TRON mainnet and be synchronized with the TVM.

Even though the TRON team has been doing their best to introduce the numerous updates, TRX is still in the red. Around midnight 31.07 the coin began its journey down the charts and is now trading at $0.035 at the moment of writing.