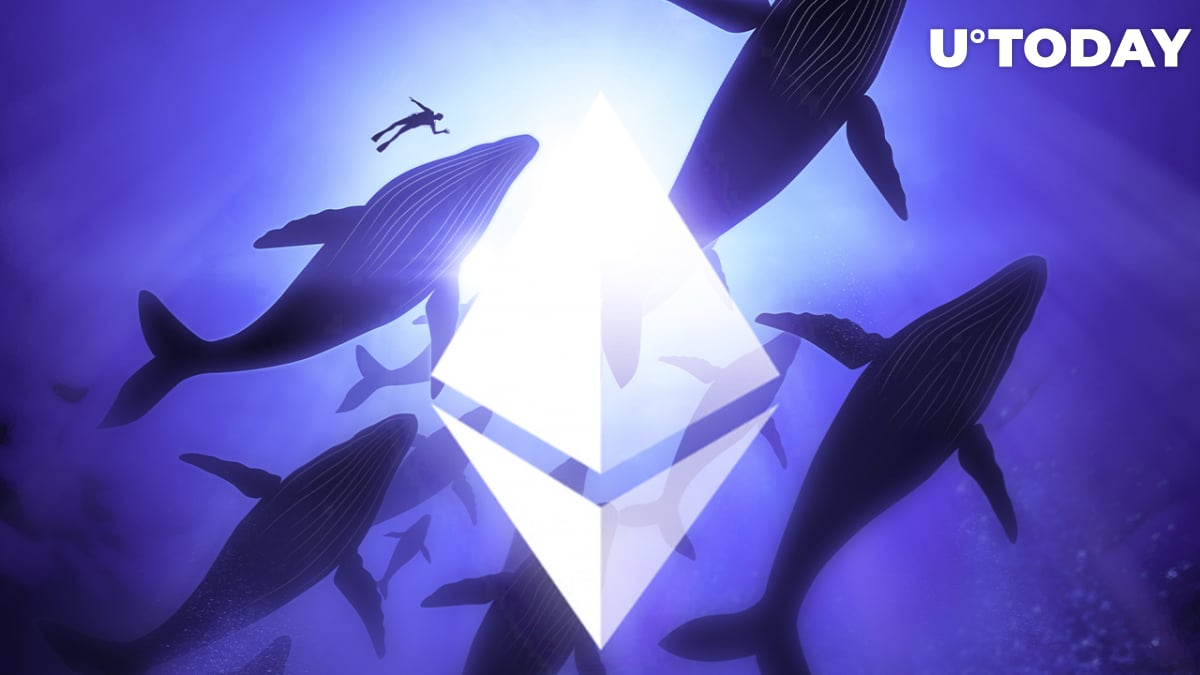 Popular analytics vendor Santiment has tweeted that the largest wallets not related to crypto exchanges hold around 8x more Ether than the top 10 wallets based on exchanges.

The analytics company shared the details in its recent tweet.

The Santiment analytics team has tweeted that the 10 largest non-exchange Ethereum wallets keep holding a lot more Ethereum than the 10 biggest addresses that hold ETH on centralized exchanges.

The amount of Ether stored by the top 10 non-exchange wallets equals 24.78 million coins compared to 3.82 million held by the top 10 wallets on crypto exchanges.

The analysts note that these large non-exchange wallets have almost been caught up in the all-time high of 26.63 million reached in June 2016.

In September of this year, the top 10 whale wallets held 21.38% of all circulating Ether after another massive purchase.

Related
2 Billion SHIB to Be Burned on These Conditions, 7 Million SHIB Burned Already in December

This amount of Ether equals approximately $56 million. It seems that the fund decided to purchase ETH on the current dip. At press time, Vitalik Buterin's coin is trading at $3,836 after dropping below the $4,000 level on Dec. 13.

Chinese crypto journalist Colin Wu adds in a tweet that on Dec. 7, the fund transferred a staggering 91,477 Ethereum from crypto exchanges to its wallet. That is the equivalent of $353,294,002.

Also, according to Wu, over the past week, Three Arrows Capital shifted a cumulative of 22,416 from the exchange.

In late November this year, Zhu Su posted a series of tweets, saying that he is abandoning Ethereum despite supporting the second-largest cryptocurrency previously.