Eric Eissler
ICOs have doubled in six months of 2018 of what was done in 12 months in 2017. Here is a look at the companies that emerged and are succeeding 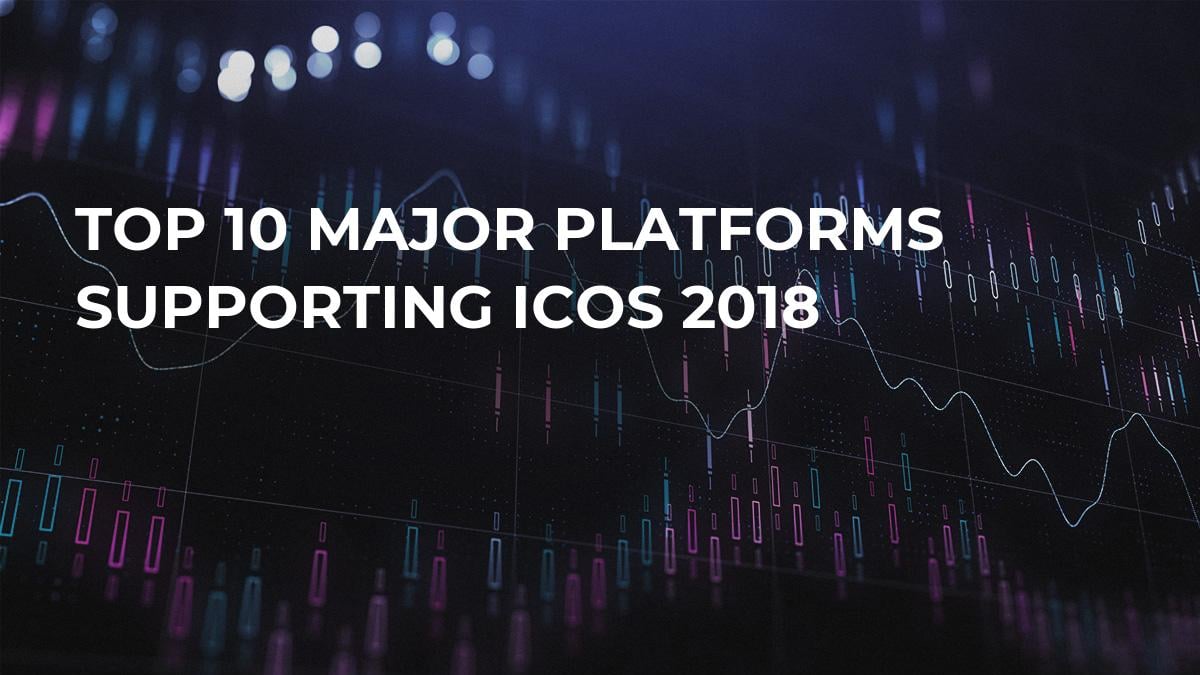 It’s already July and it’s time to take a look back at all of the action over the first half of 2018. It has been an exciting and tumultuous time for the crypto world over the past two quarters. The market has been subject to bear domination and the market cap for the cryptosphere is down to $275 bln at the time of writing.

We have seen bans, scams, busts and successes over the past six months. A major point of growth has been the ICO market, with almost $14 bln raised in the first half of the year.

That figure is double the entire amount of all ICOs from 2017.

Quite a few of Cash-for-Crypto Lenders are dominating the chart. Let’s look at the top 10 Platforms coming out of the first half of the year, in no particular order.

WePower’s main goal is to make green energy projects easily financed by allowing it to come from the community and individuals as opposed to the traditional top-down method of financing.

The financing model created by the WePower ICO incentivizes both producers and energy buyers to use the platform.

Is taking on the healthcare/benefits industry by decentralizing the system and giving the power back to the user. Authority is delegated to the patient with the hopes of enabling better access to care, streamlined physician tasks, and timely and accurate payments by the healthcare administrator. The platform consists of four different components that make Solve.Care function: Care.Wallet, Care.Card, Care.Coin, and Care.Protocol. All of these components are designed to offer an innovative approach to administer benefits and keep patients, doctors and hospitals in sync and out of the hands of centralized record keeper. Solve.care raised $20 mln on May 1, 2018, and the platform is open for registrations.

Closing its alpha tests as this is written, Play2Live will unveil its beta platform in Aug. The Play2Live ecosystem has been designed to give everyone who is involved in eSports and gaming a better experience than that which they have right now. Users get a range of streaming options with the option of having no advertising on them. Users will be able to interact and can also choose to earn tokens in a number of different ways. These are just some of the benefits the platform will bring. Its hard cap for the ICO was $30 mln but the amount of funds raised has not been verified.

AppCoins is an open and distributed protocol for app stores. It proposes to move to the Blockchain three of the most critical flows of app stores: advertising, in-app purchases and developer’s approval. By redesigning the transactions inside an app store, the company creates efficiencies by disintermediation and redistributes the value released in a way that creates incentives for the AppCoins supported stores.

Ambrosus is building a decentralized, Blockchain-powered IoT-based logistical supply chain network that will enable secure and frictionless dialogue between sensors, distributed ledgers and databases to optimize supply chain visibility and quality assurance. The network will serve industries such as agricultural, medical, commodities, and high-value products. It has a market cap of $44.6 mln. The token entered the market on Oct. 23, 2017 at $0.19 and at the time of writing is trading for $0.31. The token hit an all-time high of $1.72 in mid-January 2018.

Is a cash-for-crypto company that will allow users to take out loans against their crypto collateral. This allows users to maintain their long positions without having to pay fees and taxes on crypto sales to access their cash. If they don’t want want to pay back the loan, Money Token keeps the crypto and clears the debt. If the value of the crypto collateral grows and the borrower pays it back, then they only pay want was in the contact before and they get to keep the crypto gains without any penalty. MoneyToken just ended its ICO on Jun 7 and raised $36 mln. The platform is active and ready to make loans.

Cardstack is an open-source framework and consensus protocol that makes Blockchains usable and scalable for the mass market, creating a decentralized software ecosystem that can challenge today’s digital superpowers. The ICO raised $35 mln in a 24 hr ICO that ended June 1.

Decentralized Credit is another lender, but it gives power over personal credit information back to the owner. In this way, it enables the user to find the best deals on loans and it makes it faster because the user and directly grant access to potential lenders and avoid the long credit and financial background checks that traditional banks make patrons suffer though. DCC raised $49 mln in a 24-hour ICO that ended on May 29, 2018. This past half year has seen much headway for the company: First personal loan product DApp launch on DCC, DCC Explorer launch; Distributed Credit Chain open platform launch, second DApp launch; Interfaced with more than five financial institutions with services ranging from loans, data and risk control.

Raising some $118 mln, Orbs offers a platform that is built around the concept of supporting large-scale applications for consumers on the Blockchain. They partnered with major messaging app Kik, which is part of Kin coin. Orbs is about offering infrastructure as a service to its clients. The platform built its Blockchain from the ground up for the consumer applications market and tailored to its very specific set of requirements which is their basic difference between other Blockchains. Also ORBS platform will have their own infrastructure marketplace where independent software providers will be able to offer decentralized flavors(like decentralized analytics) of their software with an API compatible on the smart contract SDK layer which will allow providers to rely on the ORBS consensus layer.

Another Crypto-backed loan provider, Nexo has been able to raise some $52 mln in funding in a three-week-long ICO that ended April 1. It has already loaned out more than $120 mln and has collected some $155 mln in repayments. Like many of the other crypto-for-cash lenders out there, they will require a crypto collateral. It operates under the same premise as the other lenders, to allow you to make gains on your holdings while using cash to fulfill your needs. Nexo operates under the authority of the EU Banking Supervision.