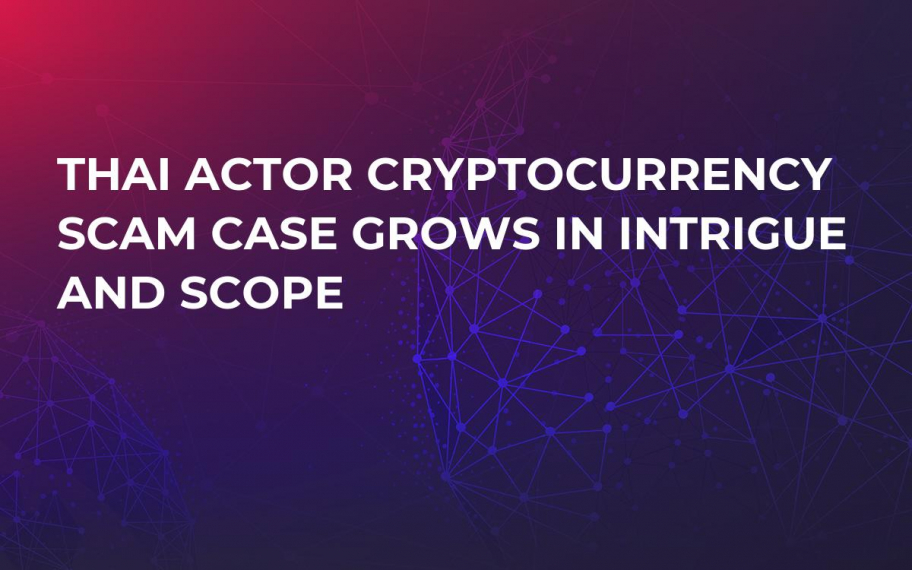 Last week, big news came out of Thailand as a famous actor, Jiratpisit Jaravijit, was arrested in connection with a 5,000 BTC scam. The scam involved a Finnish man investing in Dragon Coin, but the scam started to unravel.

Now, Thai police are extending their reach and are hunting down further suspects in the case, including Supitcha Jaravijit, one of the suspects and sister of fugitive Parinya Jaravijit, who reportedly led the scam.

Last year, Jiravijit with several other people conned a Finnish investor Aarni Otava Saarimaa into investing a big amount of digital money into shares of various companies in return for future dividends.

However, he began to feel doubts when he was never asked to attend any meetings for shareholders. Naturally, he did not get the dividends he was promised. The frustrated investor turned to the Royal Thai Police in late January this year to get an investigation started.

Now, after the arrest of the Thai celebrity, the police are hunting other suspects, however, they won’t have to hunt too far for Supitcha Jaravijit as she has said she will be turning herself in on Aug. 17 in order to fight the case.

The police are now focusing in on a money trail with the suspicion that there has been money laundering going on. Police searched the house of well-known stock investor Prasit Srisuwan, who has been linked to the scandal, as he is a major shareholder in a business co-owned by some of the suspects.

Searches were also conducted on the houses of other suspects in the case and as such, documents were confiscated.

It is believed that the main suspect in the case, Parinya Jaravijit, is thought to have fled to South Korea but police have evidence to implicate another key suspect, who is a major stock market player, as Bt66.5 mln (about $2 mln) was transferred into this person’s bank accounts after the Bitcoin was converted into Thai currency.

There has been an increase in the amount of sway and influence authorities and police services are having when it comes to sorting out scams and frauds relating to cryptocurrencies.

The understanding that Bitcoin is totally untraceable and thus a valuable tool for scamming and getting away with crime is coming to an end as governments put a lot more effort into Know Your Customers Rules, and Anti-Money Laundering laws.