Thomas Hughes
Stellar lumens pushes EOS out of its fifth ranked spot, will the move in valuation continue or is this just a head-fake? 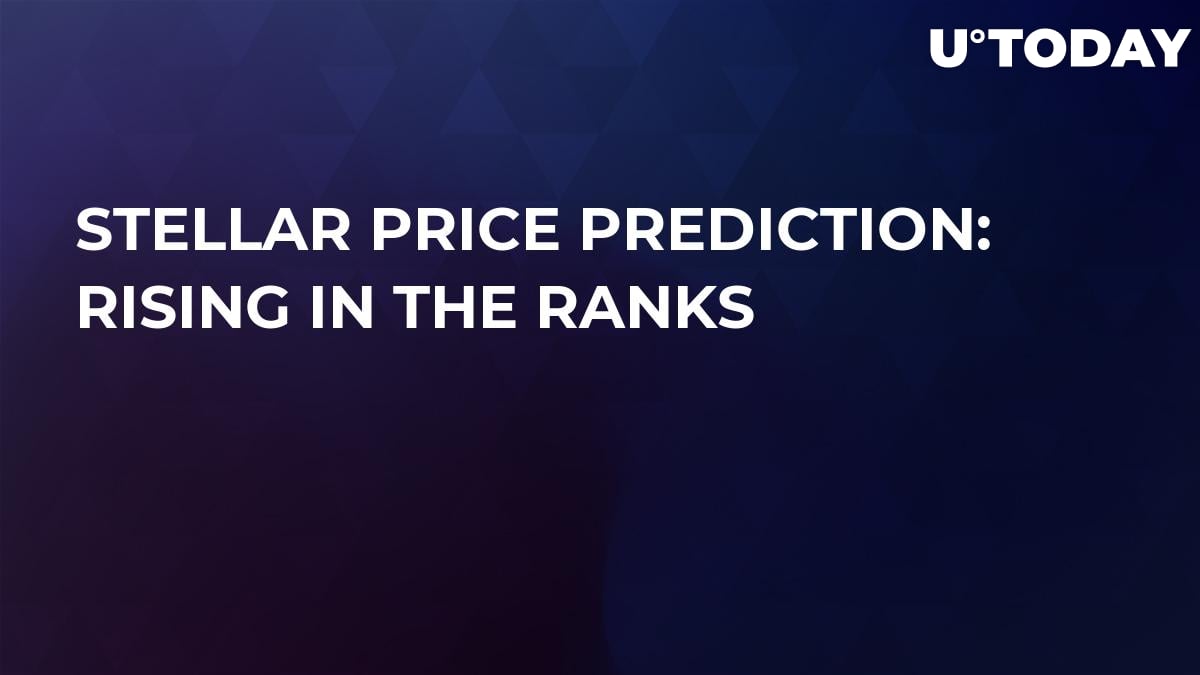 Stellar lumens pushes EOS out of its fifth ranked spot, will the move in valuation continue or is this just a head-fake?

XLM price predictions are about to change

Despite the gains, the daily chart shows a token that is still range-bound and having trouble moving above resistance. In the near term, my Stellar price prediction is for range-bound trading with a chance of moving higher. Resistance is near 0.2800 and may be broken if bulls can gather their strength. 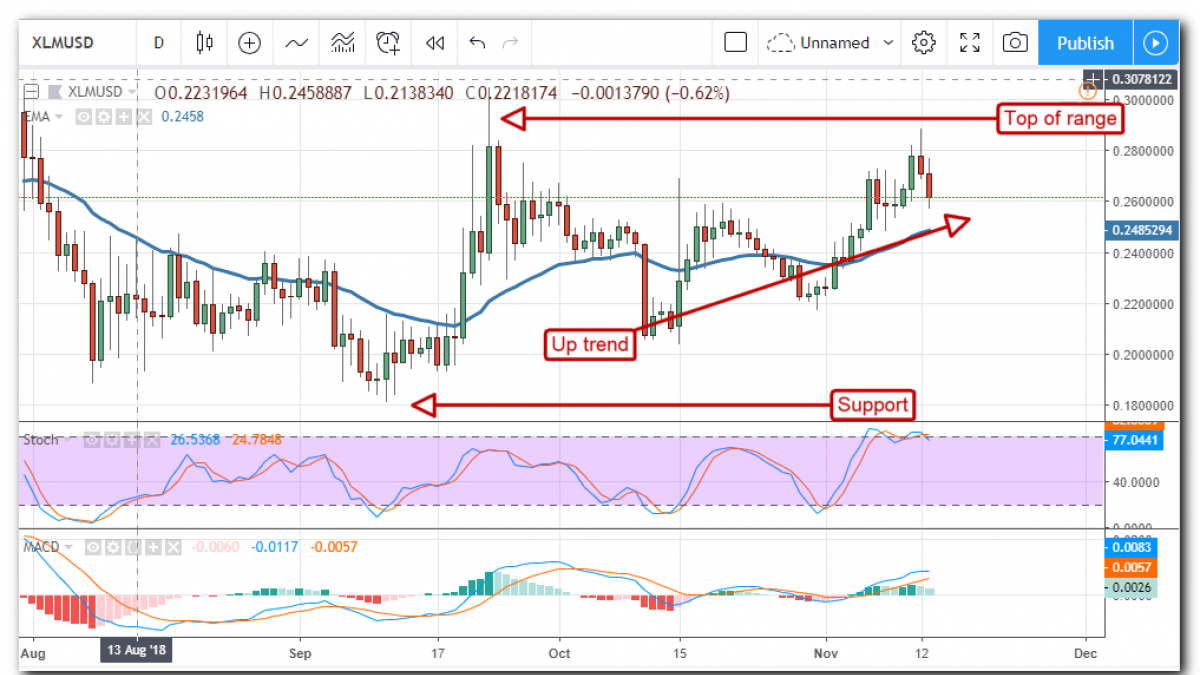 The indicators are mixed. They both show bullish conditions but also confirm resistance at the current levels. This does not mean the token won’t go higher, just that it is consolidating with a chance of moving lower. If the token is able to regain its upward momentum a move above 0.2800 would be significantly bullish and likely take the coin up to the next targets.

In this case, the Stellar team has a schedule of delivery that includes special events like the giveaway with wallet provider Blockchain. Stellar is giving away an initial $125 million in Lumens to account holders with a registered Blockchain wallet. The deal was initially intended as a way for Blockchain to grow users and Stellar to distribute tokens, but the result was far more than intended. 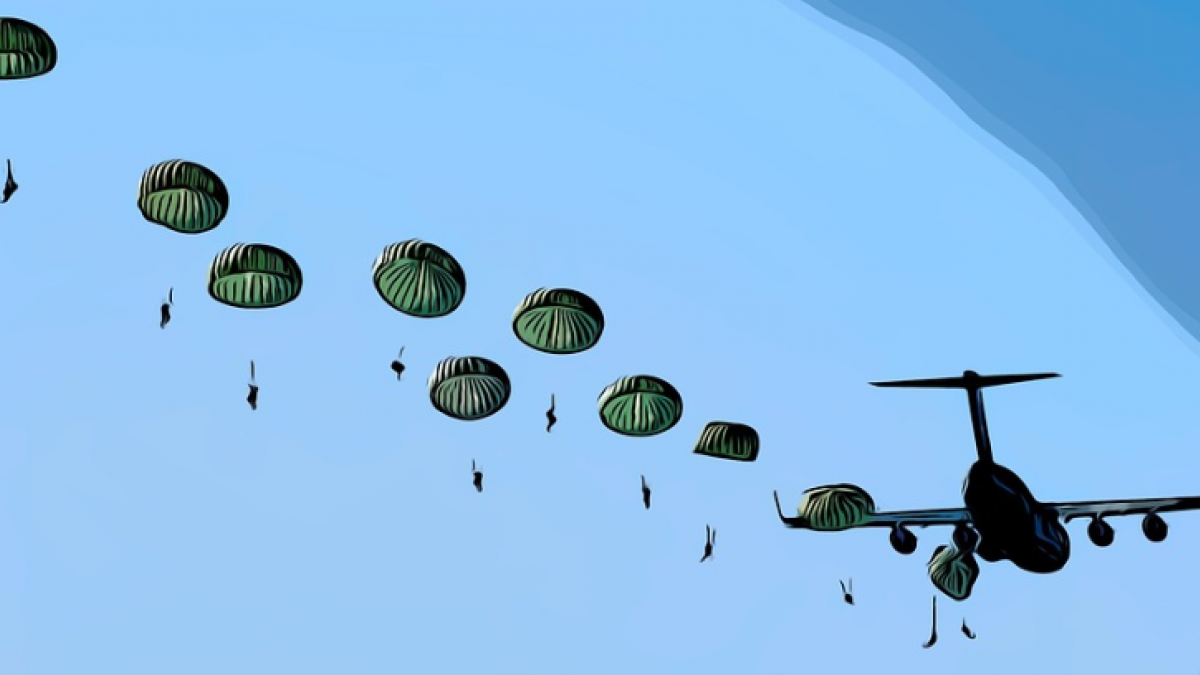 Stellar Lumens received so much attention and garnered so much support the token was able to post significant gains in price while other major coins like Bitcoin, Litecoin, and Ethereum continue to wallow at a long-term low.

Stellar Lumens Predictions: Big gains are on the way

The next targets for the Stellar coin price prediction this month are 0.3600 and 0.4600, both of which have provided resistance over the past year. A move above 0.4600 would be very bullish and likely result in a retest of the all-time high. The weekly chart shows an asset that has bottomed and looks ready to move higher, all that Stellar needs now is a catalyst to spark the move. 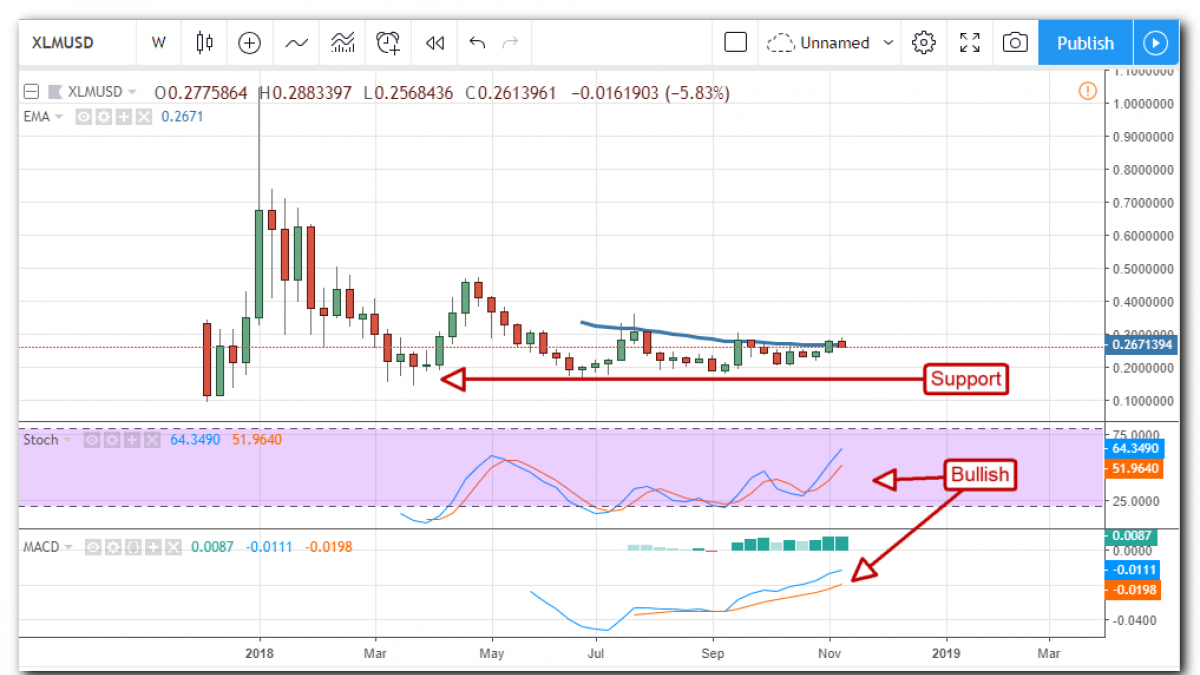 Stellar’s market capitalization is about 4.9 billion USD at the time of this writing. That equates to 1.90% of the total cryptocurrency market and its dominance may rise along with its price as usage grows. The Stellar network boasts some of the fastest transaction speeds in blockchain technology and is a likely candidate for mass-adoption.

Another unique feature that will affect the Stellar Lumens forecast 2018 is inflation. Otherwise known as a mining fee, inflation is the reward holders of Lumens receive for making them available to the network (to provide liquidity and ensure speedy transactions). 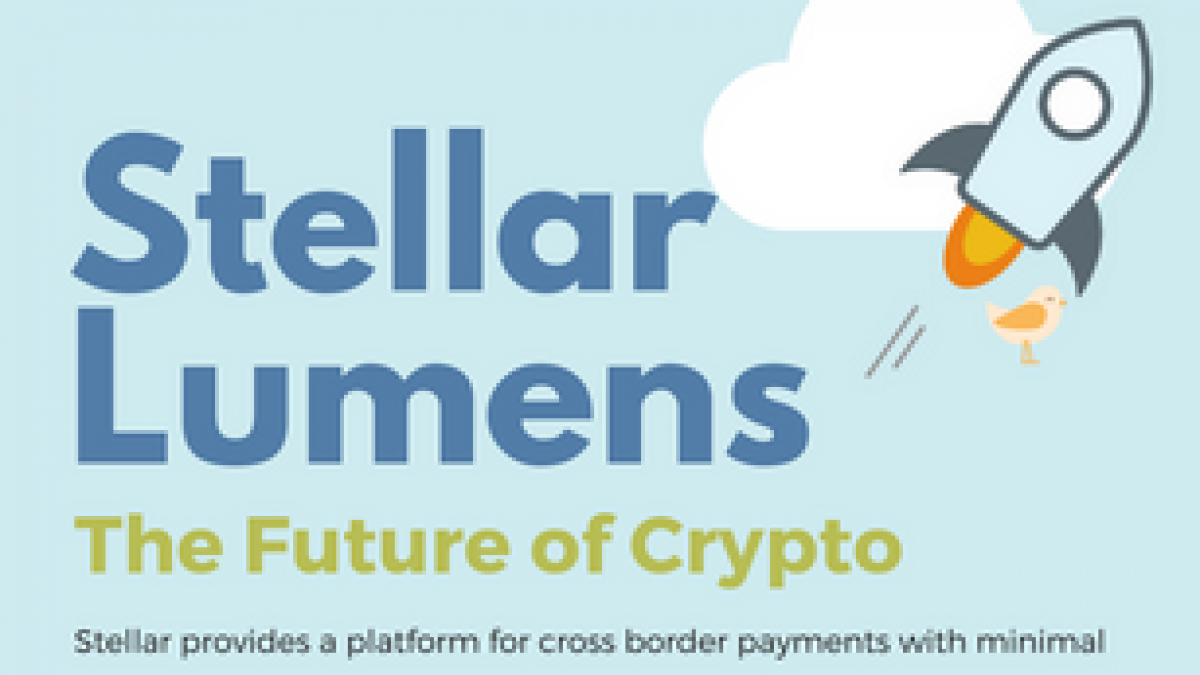 Because the minimum volume of Lumens required to become an inflation receiver is so high most “miners” are part of a pool. Once an account is verified it will receive a share of each week’s inflation, equal to 1% of issued Lumens, so long as the account remains live.

The takeaway for traders is that this is an incentivized means of ensuring Lumens are held and not just sold once they’ve been airdropped. This mechanism will help support the price over the long-term as usage grows and demand for the coins grows.

In the meantime, holders of Lumens using a Blockchain wallet can expect to receive a portion of an additional 375 million airdropped Lumens in the next few weeks and months. With this kind of activity to drive value, the consensus XLM price prediction 2018 is likely to rise further.

No XLM prediction is worth much without a look at usage and acceptance. If the token and network aren’t being used there isn’t much hope prices will rise. In this case, the news is good. The Stellar Lumens network is making inroads to global financial systems and recently announced its acceptance by the SRB.

The SRB, the Shariyah Review Board, has given a set of guidelines enabling sharia-compliant applications of Stellar technology with Islamic financial institutions. The SRB is licensed by the Central Bank of Bahrain and a globally recognized agency. Regarding cryptocurrency and the Islamic world, Stellar is the first to be sharia certified which gives it an edge over others in the market.

The Stellar Lumens forecast is shining bright. The Lumen coin has seen an upsurge in interest, prices are seeing bullish activity, airdrops and inflation payments are on the way, and the Stellar network is expanding. Now all the token needs are a push to make it break above resistance levels and move higher.

That push may be US regulation. The US has been dragging out its decision to regulate cryptocurrency or not and that decision will have the entire cryptocurrency market moving when it comes. The best hope at this time is that the SEC will announce some form of a framework for regulation once a compliant infrastructure is built.

The Bakkt exchange is the most likely candidate as it is a joint venture between the Intercontinental Exchange and partners. The Bakkt Exchange is designed to facilitate cross-token atomic swaps, store cryptocurrency, serve as a clearinghouse, and facilitate the listing of blockchain based ETF products.

The bottom line is this; Stellar Lumens price predictions 2018 are mixed and mixed for a reason. There are a lot of reasons why Stellar could rise to new highs but no reason for them to break out of the trading range, at least not yet. The good news is that when the catalyst comes the move is likely to deliver gains of 100% to 200%.