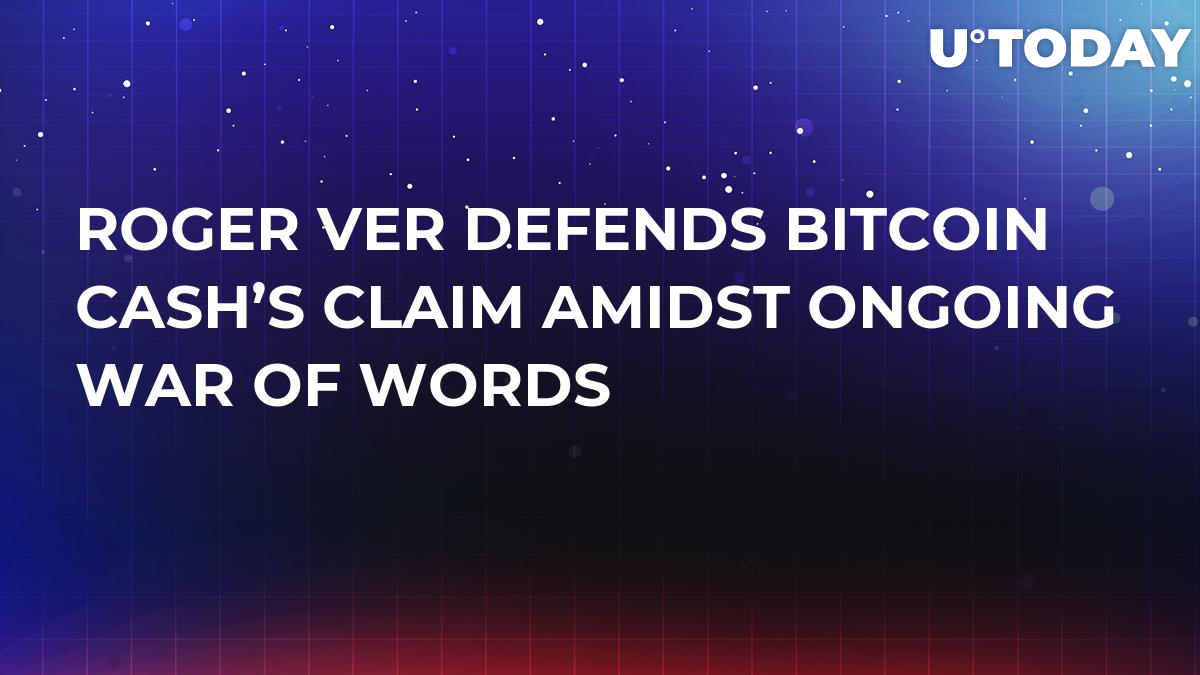 The ongoing battle between the proponents of Bitcoin, and the new Bitcoin Cash, which forked from the main chain back in August 2017, is not showing any signs of easing. Neither side is giving an inch with threats of lawsuits towards Roger Ver for fraud and misdirection going hand in hand with his steadfast belief that Bitcoin Cash is the true Bitcoin.

Ver has come out once again and stated that Bitcoin Cash has to be deemed the true Bitcoin because it was always intended to be as usable as cash, and as it stands, the original cryptocurrency is not ticking that box.

Ver, an early adopter and fervent evangelist the community once called "Bitcoin Jesus," has been adamant in his support of Bitcoin Cash, to the point where he has denounced the original chain as Bitcoin, as it is understood to be.

Recent moves by Ver have seen his site, Bitcoin.com labeling what many consider the "Bitcoin cash protocol," as, "Bitcoin." This has prompted some to go as far as to suggest he should be trialed for fraud and be sentenced to jail time.

A community of more than 600 people has coalesced on Telegram who say they are planning to pursue legal action against Ver.

However, even in light of this ire against him, Ver is steadfast in his belief that Bitcoin Cash is now what should be thought of as Bitcoin.

“The original title of the Bitcoin white paper is ‘a peer-to-peer electronic cash system,’” Ver told CoinGeek.com. “If you don’t think Bitcoin should be usable as cash, it’s not Bitcoin. That’s why Bitcoin Cash is Bitcoin, and Bitcoin Core is something else.”

“If things are slow, expensive and unreliable, people aren’t going to switch to it and that’s exactly what we saw happen with Bitcoin Core with the last couple of years. The amount of merchants using it around the world, the adoption rate basically came to a halt or even had reverse adoption and new people stopped getting interested in it,” Ver added.

“But now we are seeing a rebirth with Bitcoin Cash. It’s the same version and economic formula for Bitcoin that we always had, which were fast, cheap, reliable transactions.”

No end in sight

Bitcoin Cash has been on a bit of a tear away in the last couple of weeks, thanks to a few reasons, such as its upcoming upgrade which sees it move to 32mb blocks, as well as the fact that miners have been increasing its scarcity by burning some profits.