Alex Dovbnya
No, Kathleen Breitman didn’t bury the hatchet with the media, but Tezos is doing just fine 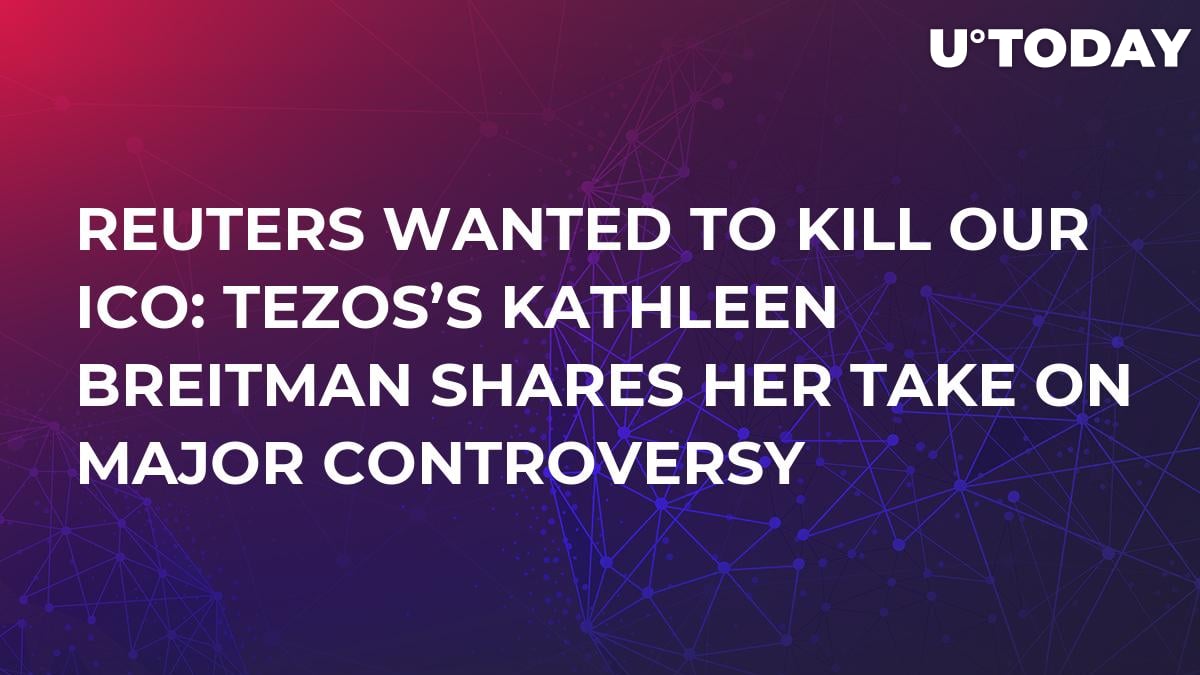 Breaker has recently interviewed Tezos cofounder Kathleen Breitman to find out her take on an infamous controversy. She didn’t bury the hatchet with Johann Gevers, but the young entrepreneur is currently focused on further growth.

Related
Past ICO Review: Tezos, Crypto King for a Day

Too big to fail?

Tezos, a Blockchain project that was marketed as a “self-amending” Blockchain, is a textbook definition of a frontloaded success. As of June 2017, the startup successfully completed the biggest ICO in history, raking in a whopping $232 mln in Bitcoin (BTC) and Ethereum (ETH). However, due to a schism between Johann Gevers, the president of the Tether Foundation, and its founders, Arthur and Kathleen  Breitman, the ambitious project appeared at an impasse, and investors wouldn’t get their tokens months after the ICO. Eventually, this delay led to a couple of class action lawsuits.

In an interview with Breaker, Kathleen Breitman reveals that it was a rather stressful experience to constantly remain under pressure. However, she also says that she wasn’t that affected by the negative press coverage, and remaining in the spotlight requires “a thick skin.” Still, she admits that she became the media scapegoat along with her husband while pouring millions of dollars of their own money into the project. She accuses Reuters of trying to kill their ICO by misrepresenting her words and making it seem like Tezos will never take off.

Breitman had some hard words for Gevers, calling him a “vile r****d.” Despite the fact that the cooperation with him was a stepping stone for their expansion in the Crypto Valley. As soon as he became the president of the foundation, they would start sparring over mundane things. Gevers’s irresponsibility — he wouldn’t show up at his work for weeks and almost lost of all their Ethereum funds after hiring a dyslexic person to compare hashes — contradicted with the project’s fundamental values.

Despite the infighting and legal troubles, Tether is finally getting back on track, having launched its mainnet in September (the token immediately spiked by 25 percent). On top of that, there are new ecosystem developments that include TezosKit and TezBox.

Speaking of the network progress, Breitman reveals that there were “a few bugs,” but Tezos is improving.

She also reveals that her next project — a collectible card game that runs on Tezos — is already in the pipeline.