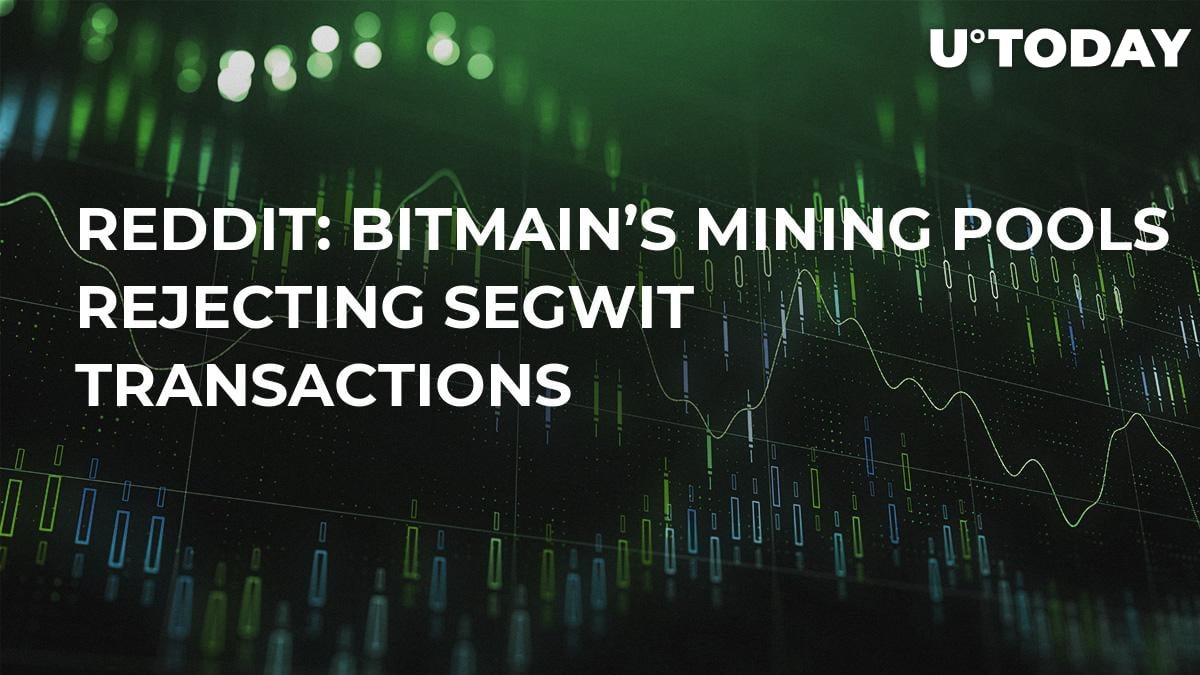 Trader WhalePanda, referring to Reddit, reports that AntPool and BTC.com, mining pools controlled by Bitmain, have no longer been processing SegWit transactions in the Bitcoin network for the past four days.

After mining almost all empty blocks in the beginning of the month, @AntPoolofficial has now completely stopped mining Segwit transactions. https://t.co/gFSrsQL4FQ

The tweet provoked a heated discussion. The –johoe user pointed out that AntPool has already managed to produce four blocks in a row, thus it has filled the mempool with SegWit transactions. If at block #547 566 the commission fee was still 0.04 BTC, says the user, at the next block, which was done by BTC.com, the fee jumped to 0.24 BTC.

Still, a lot of twitterians agreed that the pools are simply “digging their own grave” out of ideological principles while the BTC network is not vulnerable to this kind of censorship.