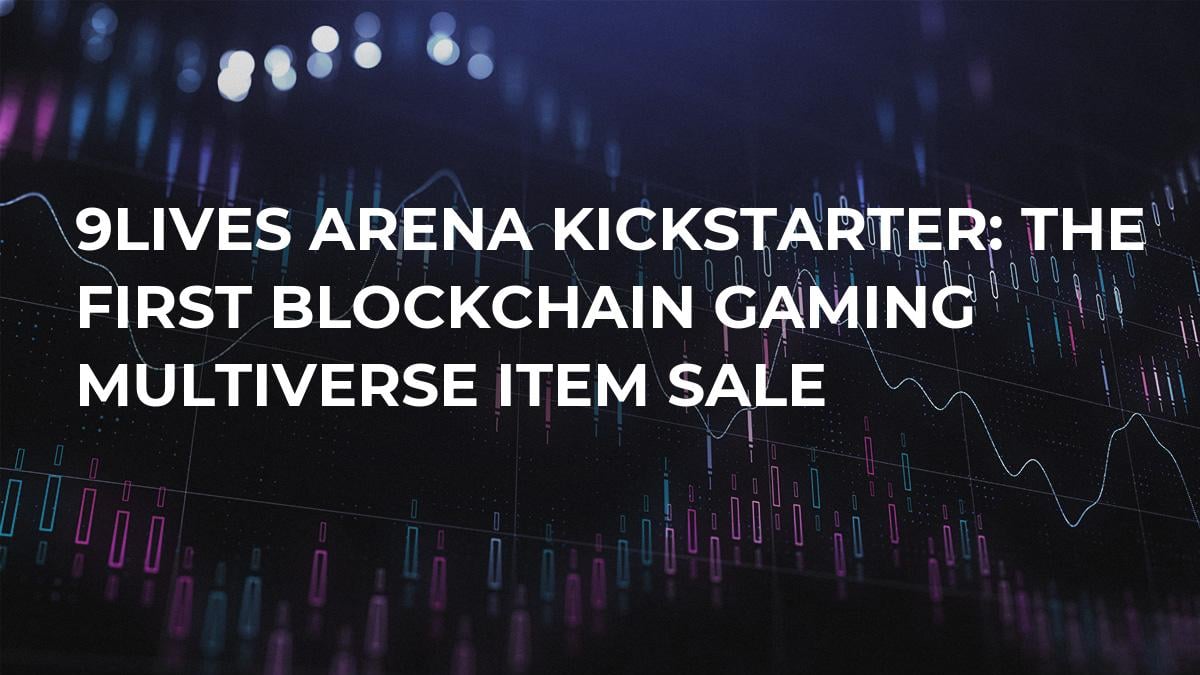 Today, Touchhour Inc. has announced that multiverse items will be offered to backers of the 9Lives Arena Kickstarter campaign. The Forgehammer, Epochrome Sword, and Mike “the Hungoverlord”—the first three multiverse items to be announced—will be available to campaign supporters. Minted using Enjin Coin’s development platform, multiverse items are usable across multiple gaming realms. So far, seven games have committed to joining this blockchain-powered gaming multiverse.

9Lives Arena is a AAA-quality 1v1 RPG created by Touchhour, a team of industry veterans with experience working for gaming juggernauts like EA. Currently in later stages of production, the game is scheduled to be released for PC in 2019. 9Lives Arena is also built for compatibility with Xbox and PlayStation, and the team will work toward cross-platform launches after solidifying a foothold in the PC market.

The idea of being able to move in-game characters and items from game to game replicates a concept of theoretical physics where infinite parallel universes make up a vast and never-ending multiverse. A testament to this infinite scalability, the blockchain enables any game developer to freely join the existing multiverse or create their own.

The core identifiers, history, and metadata of all multiverse assets reside on the blockchain, where they can be stored and managed securely. Users will be able to log their blockchain wallet into each game, which will enable them to use their items in all compatible games. Because each game developer has the freedom to integrate multiverse items in any way they see fit, assets can change form and function from game to game as developers recreate them to suit their game’s style and story.

The rare multiverse items available in 9Lives Arena’s Kickstarter will provide special abilities in many games, making them of high intrinsic value to players that plan to traverse the multiverse. As Enjin aims to continue to introduce new developers to the Gaming Multiverse over time, multiverse items will be usable across a growing number of games.

Touchhour will utilize the blockchain to implement innovative gameplay features like cross-platform item management and permadeath. With the ability to use assets across multiple platforms and interfaces, players will be able to interact with their items in different ways. For example, 9Lives Arena’s cross-platform companions (Ooogies) can be played with in-game (PC, Xbox, PlayStation), commanded through your smartphone (Android, iOS), stored and managed in your Enjin Wallet (Android, iOS), and traded on blockchain marketplaces (Web apps).

With 9Lives Arena’s innovative concept of blockchain-based permadeath, champions of the arena are playable until they lose their ninth life. Upon losing their last life, a character dies permanently but is immortalized with a statue within each player’s training grounds. Every statue will maintain the hero’s history, stats, and achievements, giving players a permanent trophy to represent their high scores and victories.

As Touchhour’s debut release, 9Lives Arena Kickstarter campaign funds will be used to develop a host of extra features for the game. All items available on Kickstarter will be backed by Enjin Coin (ENJ) as a guarantee of value to supporters. 9Lives Arena has chosen not to place trading limitations on their items, so backers will be able to trade their assets freely on peer-to-peer markets.

If you’re interested in owning unique, ENJ-backed multiverse items usable across multiple gaming realms, head over to the 9 Lives Arena Kickstarter campaign and join the conversation on Telegram: https://t.me/NineLivesArena.