Past ICO Review: BOScoin Great Tech, But Who Knows About it?

Eric Eissler
Easy to read and write contracts are great, but is there public attention? 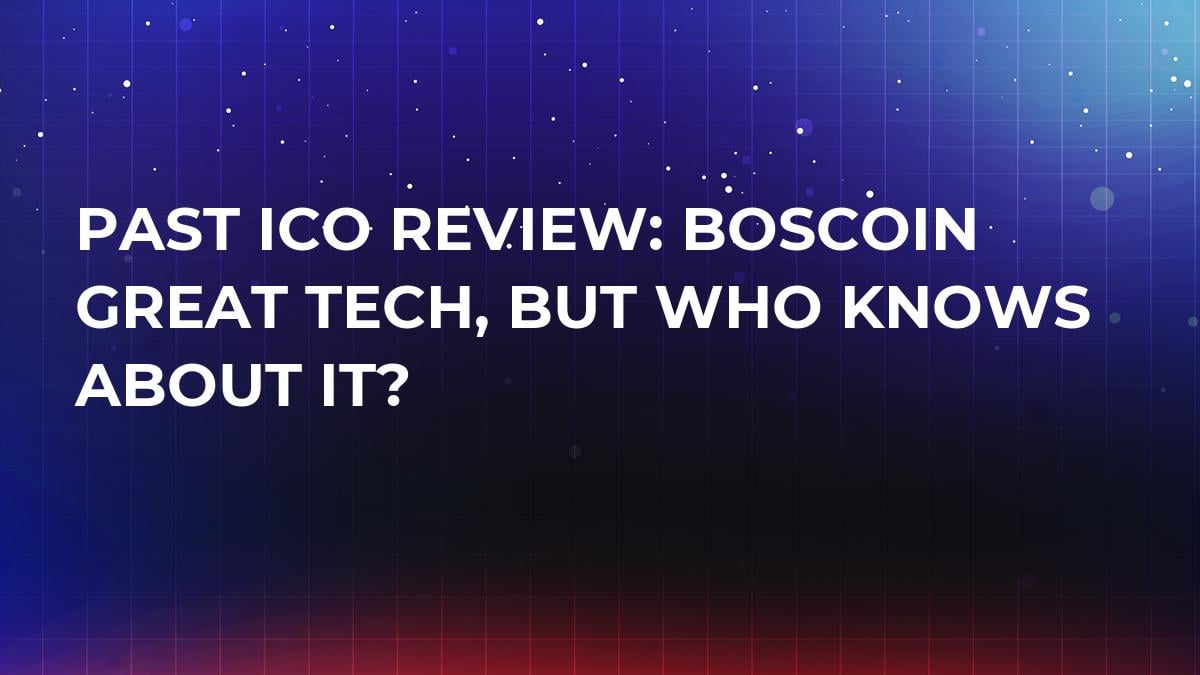 South Korean-based BOScoin or in long form, the Blockchain Operating System is an ERC20 based coin that has “trust contracts” regarded as easier to understand and write by humans. The network is self-evolving, in which each node has a vote and the nodes of the network vote on software updates and other matters. The nodes are referred to as congress. The block size is dynamic and the block interval is every five seconds. BOScoin can process 1,000 transactions per seconds which give it much-needed bandwidth.

Trust contracts are easy to write, easy to read

The big differences here are the trust contracts are written in Timed Automata language, which makes it easy to read and write a BOS smart contract, because they are understandable before they are executed. A problem that many are seeing today with smart contracts is that the programming language is hard to understand, which makes the contracts hard to read or write in code. That, in its turn, leads to the need of having to hire someone who can decipher the language.

Leaders of the Pack

Changki Park- Former Samsung employee who worked in financials before. He also created Paxnet, an information portal for South Korean investors, which has had some success.

Yezune Choi- He is the inventor of the trust contract and has more than 20 years of experience in software development.

BOSCoin has some interesting features and it could have potential for wider adoption. However, it is still relatively obscure. The need for a user-friendly smart contract system presents the market with much opportunity.

However, one drawback is that the existence of Ethereum and its success in the market means that people may choose to develop on it instead, for fear of betting on something that could fail. This tried-and-true approach is something that is detrimental to BOScoin.

But the user friendliness is something that could win over a lot of people, and get them to say “hey, this is a great tool to write smart contacts and not need someone with a Blockchain background to do it.” This saves time, money, and allows more people to get into Blockchain technology without the high level of knowledge.

Finally, the obscureness of it and lack of attention sometimes harm a coin’s reputation, because there is no one else using it, so there must be something wrong with its mentality.