Past ICO Review: Aeternity For All Eternity?

Eric Eissler
Claiming to be better than Ethereum, Aeternity is rising up, but what does it do? 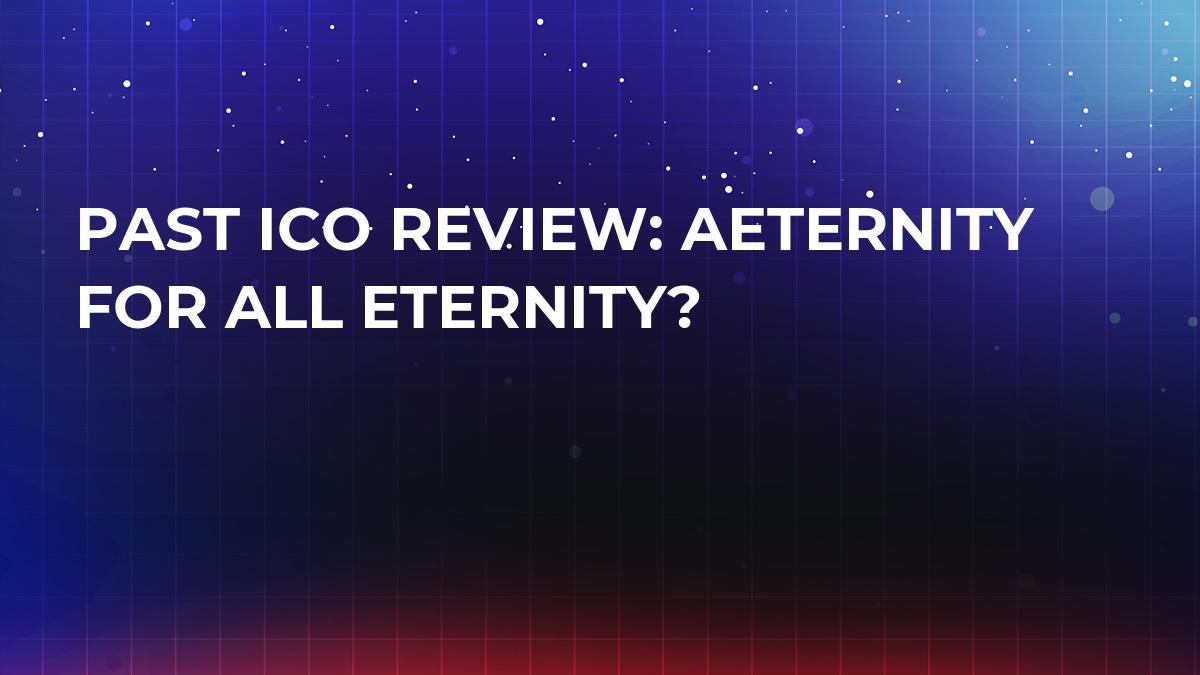 The ICO raised some $24 mln from approximately 8,000 investors over a two-week period. The mission behind Aternity is similar to many of the ERC20 tokens out there: to be similar to Ethereum, but better by introducing more complex technologies layered on top of the smart contracts system.

Aeternity offers a network of state channels, which enables the exchange of value with anybody in the world in a trustless way.

Users can interact privately with each other and businesses can keep their records off-chain and not in public view. Additionally, users can have infinite almost instant transactions because the Blockchain is needed for adjudication or transfer of value. Furthermore, to facilitate the use of the smart contracts, Aeternity uses oracles to feed data into smart contracts which require it to transact.

Commodity prices, stock prices, weather conditions, the list is limitless on what parameters can be set by the smart contracts. The Aeternity Oracle Machine provides real-world data to the Blockchain. Each user can ask questions about the environment, surrounding the smart contract and the oracle provides the answer.

Oracles are generally singular, centralized data streams that often brings in security risks. To determine whether a supplied fact is true a new consensus mechanism has to be placed on top of the existing consensus mechanism. However, this strategy does not add security and if attacked it can be made to produce “false” values.

The development team of Aeternity is well aware of these security risks and is working on converging the two consensus mechanisms into one. This approach will reduce costs and increase security. By planning to decentralize the oracle, Aeternity will actually tighten the security of the network and the smart contracts developed on it.

The following excerpt  is taken from the website and describes the advantages of Aeternity:

It reads further: “State channels are integrated to increase privacy and scalability. Tokens in channels can be transferred using purely functional smart contracts that can access Oracle answers. By not storing contract code or state on-chain, we are able to make smart contracts easier to analyze and faster to process, with no substantial loss in de facto functionality.”

The CEO and Founder of Aeternity, Yanislav Malahov, who had been working on Ethereum with Vitalik Buterin and had envisioned using powerful algorithms for Ethereum. Now, he is using these algorithms for Aeternity.

There are 47 employees listed on the website, all of whom have a deep interest in Blockchain and a breadth of other related skills. Overall, there is a positive outlook on this company, which has risen up into the top 30 on coinmarketcap.