Yuri Molchan
As the token swap is underway, Nebulas rises on the news about Binance preparing to add it 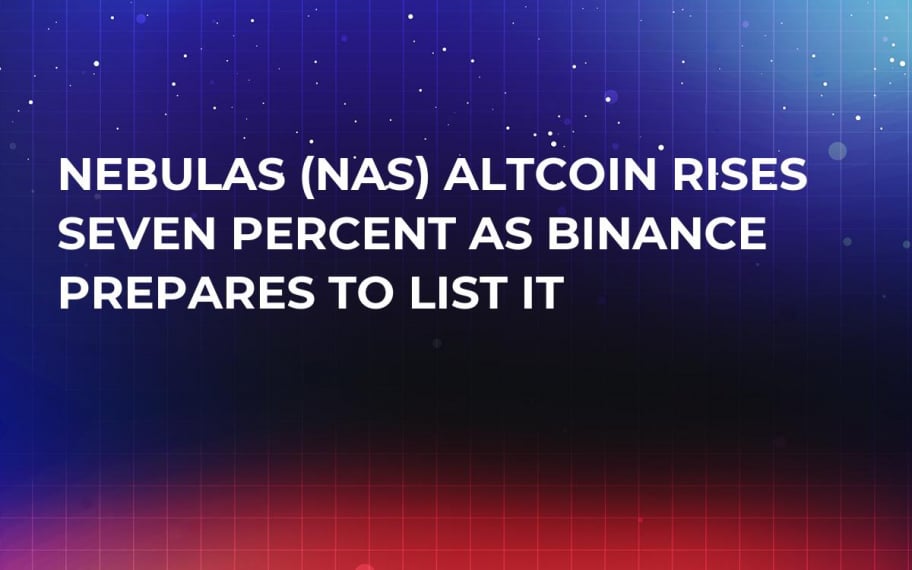 Similarly to EOS and TRON, Nebulas has recently initiated the launch of its mainnet and on May 7 began token migration. Meanwhile, Binance is getting ready to list NAS on June 28.

Set up in 2017, Nebulas is a distributed ledger platform located in Singapore. It promotes itself as a “self-evolving Blockchain system.” One can use it as a search engine and creation of upgradable smart contracts and dApps.

The platform launched a mainnet earlier this year and set off token migration for its users– swapping ERC20 tokens for official new NAS coins.

Several exchanges, among which are Huobi Pro, OKEx and some others, have already added support for NAS. Now Binance is joining them, planning to launch trading NAS against the Binance coin, BTC and ETH.

After the news of the coming Binance listing came out, the NAS token went up seven percent, pleasing investors.