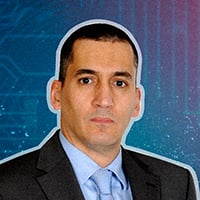 Stavros Georgiadis
🚀💣💣The high price for Litecoin in March was about $62.07. In early April 2019, a breakout did occur though. 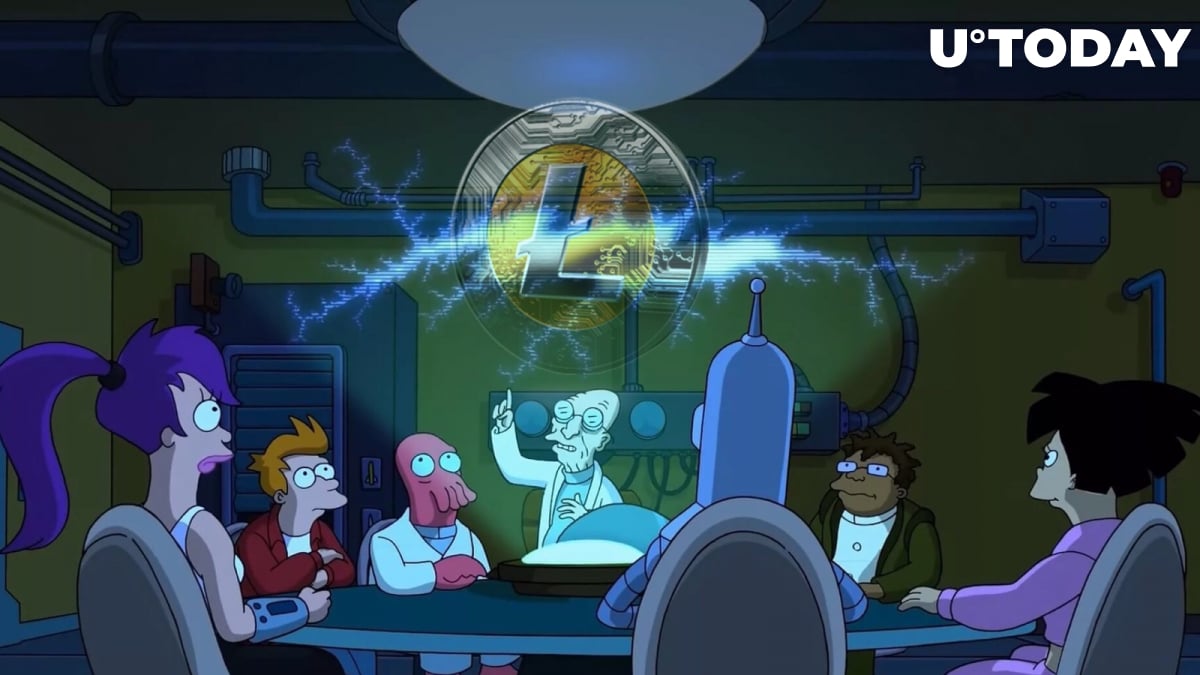 In our article for Litecoin price prediction for the month of March we wrote “We favor mostly the optimistic scenario. However, some profit taking is very probable at the current price of $55.” We proved to be partially correct as the target levels of $74, $94 and $101 were not reached, although the uptrend continued.

Related
Litecoin Price Prediction – Will the Rally Continue in March 2019?

Litecoin moved up one position and is now ranked number 4 on CoinMarketCap in the list of the top 100 Cryptocurrencies by Market Capitalization.

Other noteworthy key stats are:

What are some online sources thoughts and estimates about the price of Litecoin during April 2019? Can the breakout lead to even higher price levels?

WalletInvestor estimates that in 14-days Litecoin price target could be about $75.0.

Forex24Pro on April 5, 2019 about LTC/USD forecast, and analysis mentions “an attempt to test the support area near the level of 77.95. Where can we expect a rebound and continued growth of LTC/USD in the region above the level of 105.00. An additional signal in favor of the rise of Litecoin will be a test of the trend line on the relative strength index (RSI).

Cancellation of growth option will be the fall and the breakdown of 68.35. This will indicate a continued decline in cryptocurrency.” 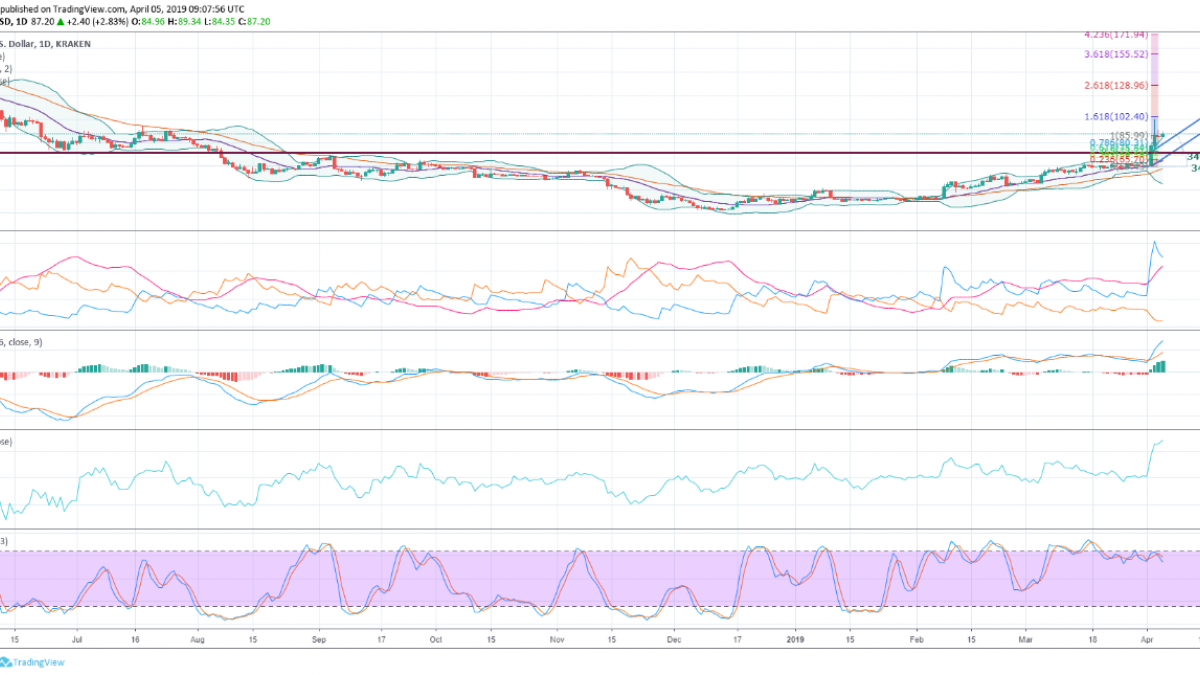 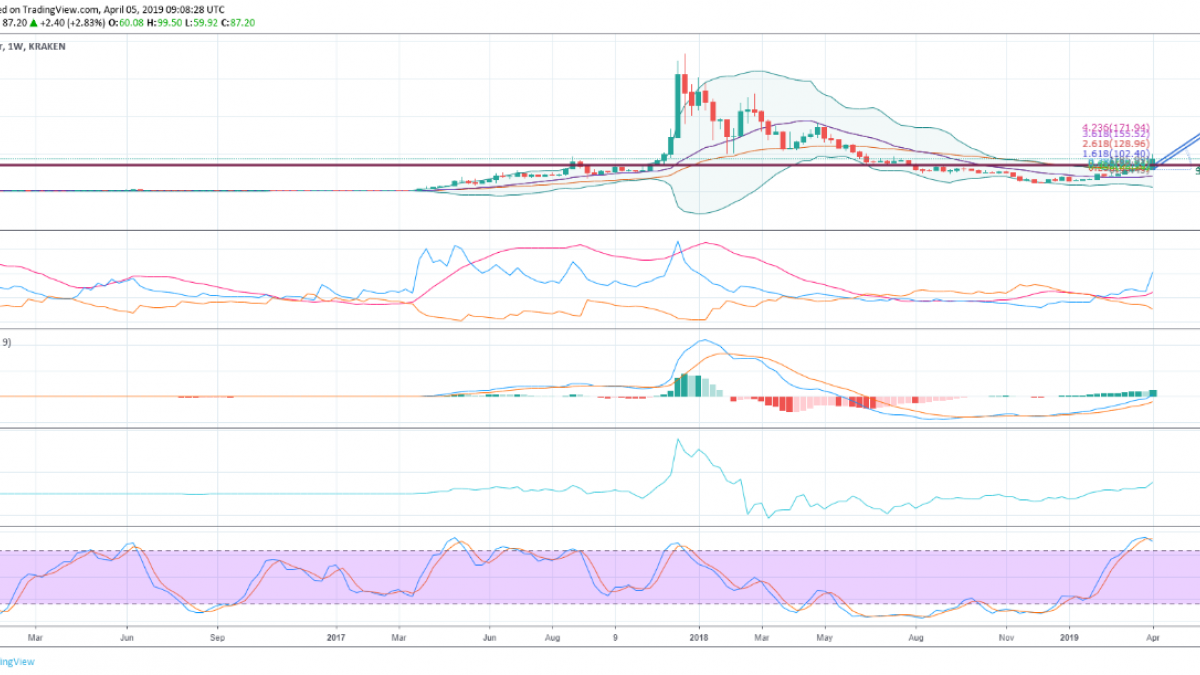 On April 4, 2019 Litecoin (LTC) made a high price near the level of $99. It has retraced and as Of April 5, 2019 the current price is about $87.20. We notice a strong uptrend as indicated by the ADX/DMI indicator, rising 50-day and 20-day exponential moving averages and rising MACD indicator and Momentum indicator.

On the weekly chart Stochastics indicator is now within overbought levels. And on the daily chart it has formed a negative divergence and a bearish crossover. The uptrend however is very strong.

There is strong resistance at the $90-$92 price levels, and at the $110 price level. If this recent rally is to take a pause, then a retracement to the price levels of $57-$64 is probable. The current price of 50-day exponential moving average at $57.57 should provide a strong support. Our next target in case retracement is even deeper would be the price zone of $42-$48.

A breakout for Litecoin in early April 2019 tends to favor the optimistic or bullish scenario. We believe that this rally should be monitored, and a retracement is very likely. We cannot rule out a price decline back to the support zone near $62 and then an attempt for a continuation of the uptrend and a retest of the $99 high price on April 4, 2019.