KickCoin Rises Big in Just 24 Hours: Why it Matters For the EOS Community 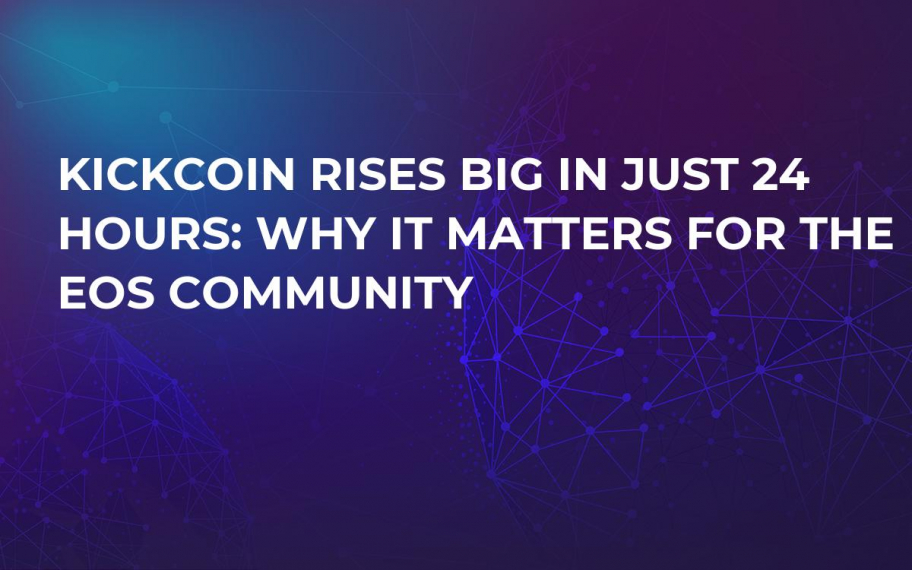 This weekend was an ordinary one. The majority of coins were gradually rising, taking small steps up. However, just one coin, which has been lost by media and market attention for quite a while already, has grabbed our attention.

KickCoin (KICK), the ERC20 token for the KICKICO crowdfunding platform, suddenly went up the charts. Coinmarketcap.com assures that within the last 24 hours the token has jumped up 21 percent.

This could be also an ordinary thing since the pump-and-dump strategy is a usual one too. However, a brief look at the social networks and Telegram-chats shows a few curious facts:

Moving onto a new base

Basically, a few conclusions can already be made. An Ethereum-based platform that has been quiet for around half year may be considering the EOS Blockchain adoption in some form. Most likely, it either wants to launch a separate project on it or take its whole ecosystem to the new base.

While EOS is doing its best to become an innovative replacement for Ethereum and get past it on the Blockchain highway, it still cannot offer its users any real product.

So far, EOS has been the basis mostly for development tools and some simple games. Nevertheless, the potential of this system is widely regarded as pretty high, so it is only the matter of time when new innovative solutions start making their way out of EOS and onto the market.

If you compare Ethereum and EOS, the latter has quite a few advantages which Vitalik’s platform does not. Particularly, it’s the capacity– EOS recently has been enabled to verify 991 transactions per second. Ethereum does only 15 during the same period of time.

Let’s just imagine that the KICKICO platform, created by a Russian team, decides to cooperate with EOS. If they launch a big-scale product for the crypto community on that Blockchain, we may well see not only their token’s further market growth but also a big evolutionary step forward for the young EOS itself, offering a new momentum for crypto users.

If we take the most positive scenario, this all should also coincide with a new bullish market trend, which is expected to start as institutional investors join the crypto market and bring their money on it.

Obviously, there are too many assumptions here and it is too early to jump to any final conclusions. We will keep watching how the events roll out.

Speaking of changing Ethereum for EOS, the Blockchain analog of Wikipedia, Everipedia– has previously stated about doing it. Apparently, they find the opportunities offered by EOS more attractive and promising.