David Dinkins
The IMF’s managing director believes that the technologies that power cryptocurrency can be used to regulate them- to “fight fire with fire,” in her words 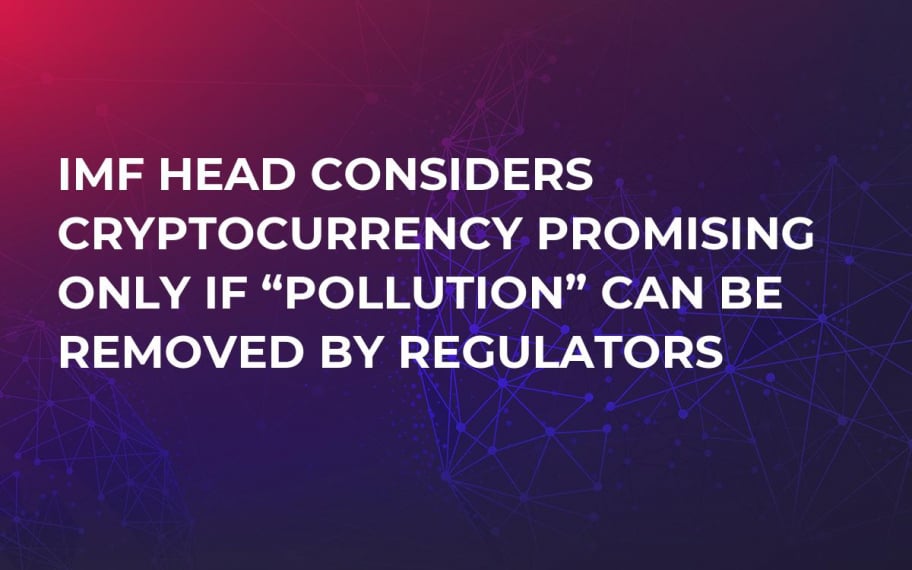 International Monetary Fund (IMF) head Christina Lagarde wrote a blog today, commenting that regulators should use Blockchain technology to “fight fire with fire.” Lagarde harps on the traditional bugaboos of regulators worldwide, cryptocurrency’s potential use in financing terrorism or laundering money, while writing about the importance of regulating crypto to prevent such evils.

“The same reason crypto assets, or what some people call cryptocurrencies, are so appealing is also what makes them dangerous. These digital offerings are typically built in a decentralized way and without the need for a central bank. This gives crypto asset transactions an element of anonymity, much like cash transactions. The result is a potentially major new vehicle for money laundering and the financing of terrorism.”

When it comes to regulating cryptocurrency, Lagarde believes that the Blockchain technology and cryptography that underpins digital currency can help police crypto transactions. She writes:

“Distributed ledger technology (DLT) can be used to speed up information-sharing between market participants and regulators...The technology that enables instant global transactions could be used to create registries of standard, verified, customer information along with digital signatures. Better use of data by governments can also help...reduce tax evasion.

Biometrics, artificial intelligence and cryptography can enhance digital security and identify suspicious transactions in close to real time. This would give law enforcement a leg up in acting fast to stop illegal transactions. This is one way to help us remove the “pollution” from the crypto-assets ecosystem.”

Lagarde has an extremely nuanced view of cryptocurrency. She has spoken before to central bankers, warning them not to ignore the transformative power of cryptocurrency. In today’s blog post, she reiterates the same idea, writing:

“The technology behind [cryptocurrency]...could help revolutionize fields beyond finance. It could, for example, power financial inclusion by providing new, low-cost payment methods to those who lack bank accounts and in the process empower millions in low-income countries.”

However, Lagarde cannot fathom that these benefits can possibly exist outside the traditional regulatory structures. In other words, she thinks cryptocurrency is revolutionary and incredibly good, but only if centralized regulators can strip the “pollution” from them. This is a somewhat utopian view that regulators have all the answers, and that they “purify” digital currency so that it’s usable for the masses without any risk of doing harm.

Somehow, Lagarde manages to ignore the fact that fiat money, already subject to mountains of regulation, is by far the largest source of terrorist financing and money laundering in the world. She also neglects to mention that some of the most heavily regulated institutions in the world, banks, have been found to be the most egregious money launderers of all.