Yuri Molchan
The HEX project run by Richard Heart has recently seen its token dump 99 percent, the IOTA founder and the community call it an obvious scam 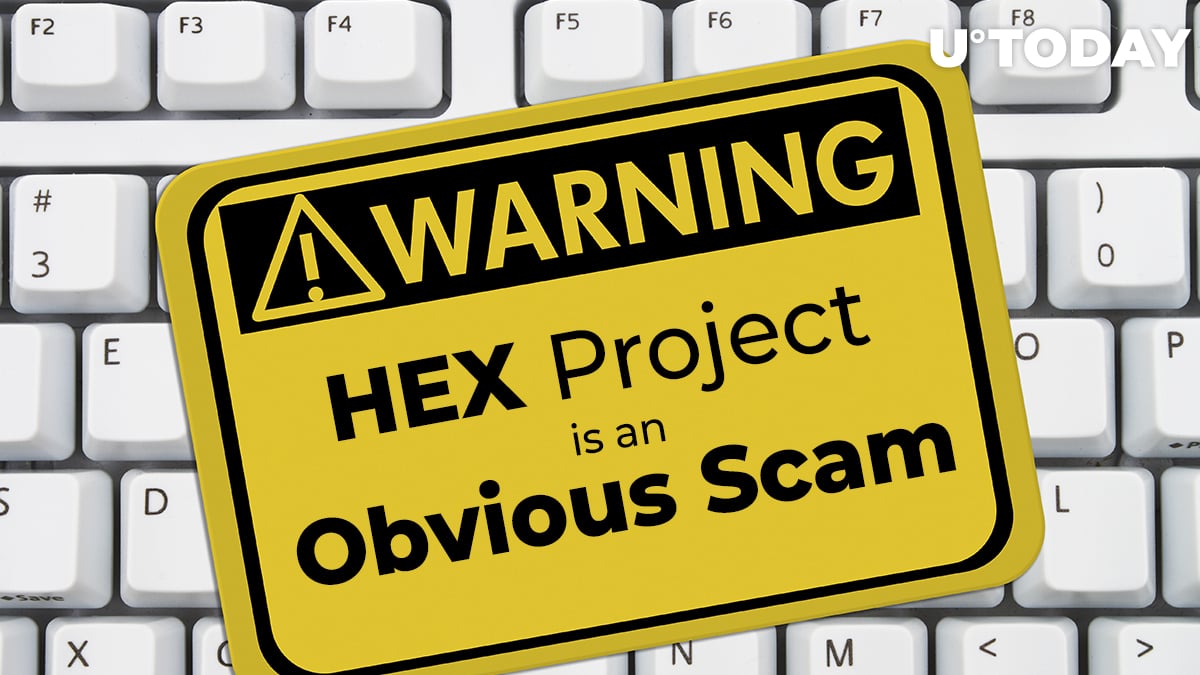 The HEX token project came to existence in early December this year. It calls itself a DLT certificate of deposit with yields over the Ethereum chain.

The website of the project does not provide any specific description of details how the technology works. However, it promises fast and large profits and says that the more people participate the better it will be for all investors.

Fast and large yields promised and calls to ‘preach the Gospel’ to new participants have always been immediate signs of a scam.

Now, the founder of IOTA, David Sonstebo, the Weiss Ratings agency and other crypto community members say the same. Roger Ver is going against the flow, though.

In an exclusive interview with U.Today, which is to be published next week, Mr Sonstebo touched upon the topic of scams in the crypto industry, saying that he would like more attention to be drawn to them in the media. What he said was:

“The ones that deserve attention are actually the bad ones. I would like to see more attention shed on the obvious scams in this space, like the HEX project by Richard Heart or this crazy token that just appeared the other day called MINDOL with something like 15,000 percent increase, which is an obvious scam.”

One of the biggest and influential financial agencies, Weiss Ratings, has also drawn attention to HEX in its recent tweet, saying that it has one big issue – “half of it which is distributed to token holders goes to a single account, called the Origin Address.”

It adds that the main purpose of creating HEX is to enrich those who created it, not its investors.

The biggest issue with #HEX is that half of it which is distributed to #token holders goes to a single account, called the Origin Address. HEX was designed to enrich the people who created it. Keep that in mind if you decide to engage.

What in the absolute fuck. https://t.co/TMWgTZGOxW

A HEX promoter Trevon James has recorded a video to clam down the investors, saying 'you did not lose your money but technically it looks like you've lost your money'.

A special word from Treyvon about $HEX. Filmed this morning. pic.twitter.com/g0lenEZOhH

Members of the crypto community started heated discussions all over Twitter, pointing out that $5.2 mln in Ethereum has been sent to HEX already.

The former ‘Bitcoin Jesus’ Roger Ver has recently listed the token on its Bitcoin.com exchange and gave it a personal endorsement, as U.Today reported earlier.

His major argument for the support of the project that a lot of people call a scam is: