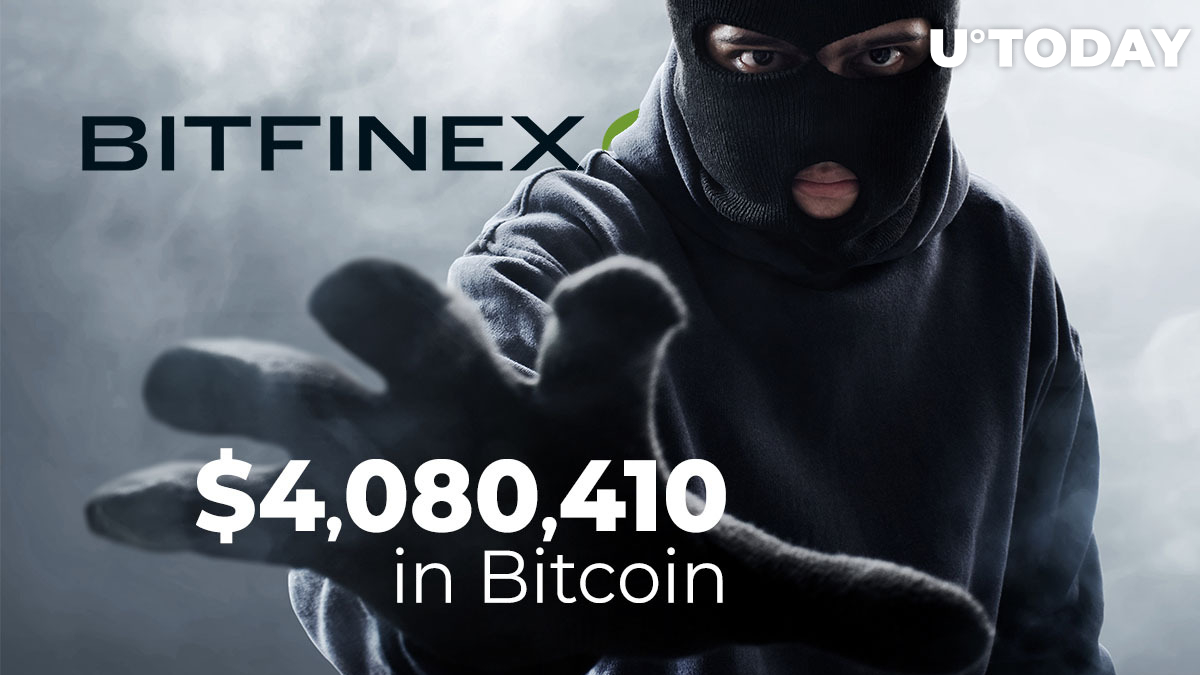 According to data from Whale Alert, over the past six hours, hackers have performed twenty transactions, each bearing slightly under 30 BTC marked as funds stolen from Bitfinex by hackers four years ago.

Top trading platform Bitfinex suffered a major hacker attack in early August 2016 and the exchange lost $72 mln to the IT criminals.

Since then, they have not made any noise until this year when the hackers began moving more of the stolen funds. Earlier, U.Today reported on some smaller amounts of BTC transferred by the culprits.

However, today, Whale Alert spread the word about a wiring of approximately $4 mln worth of Bitcoin from the stolen crypto. The hackers split the money into twenty separate transactions.

Many interpreted it as a mistake or a system glitch. However, a few hours later another tiny amount of ETH was sent for almost the same fee of $2.6 mln.

Some on Crypto Twitter alleged it could have been a whale laundering money.