What Cryptocurrency Can You Still Mine with GPU/CPU on Your PC in 2019? - Updated

Denys Serhiichuk
Not all developers are delighted with the ASIC miners, so many cryptocurrencies algorithms are suitable for GPU/CPU mining. We will tell about the most popular 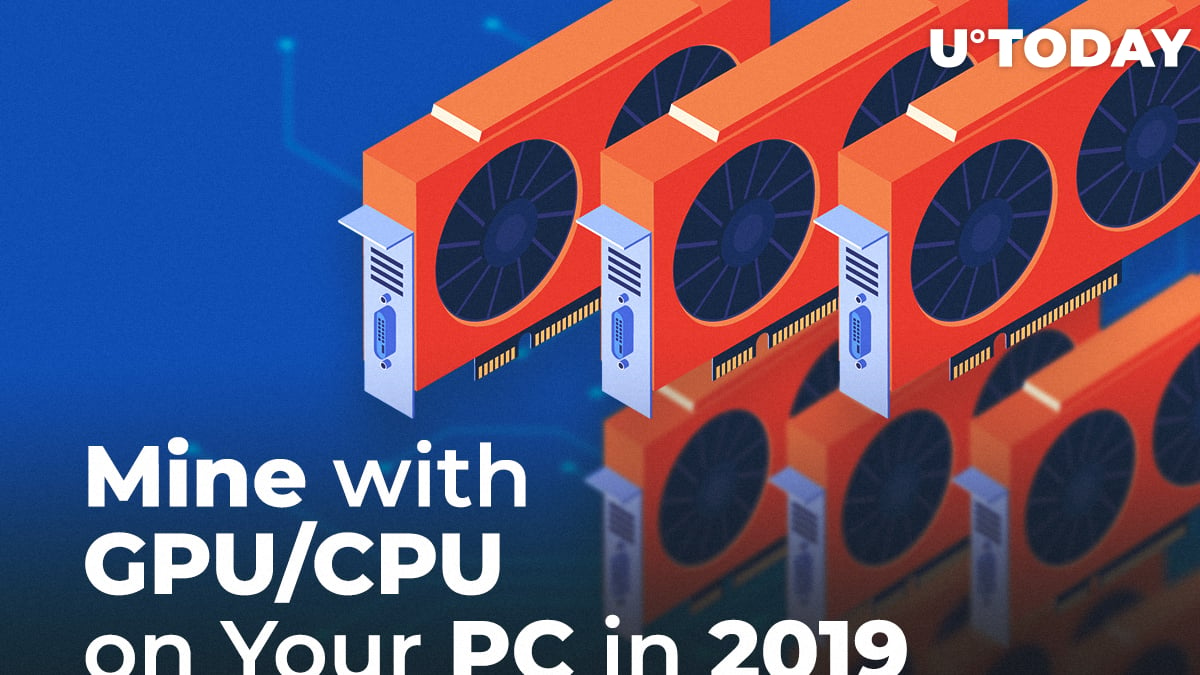 It is a vivid fact that mining is one of the most popular ways of making money with cryptocurrencies. However, nowadays lots of digital assets require ASIC-miners for it. In this article, we will analyze those coins which can be mined with GPU\CPU on your PC in 2019.

ASIC-miners became a potentially major problem even at the time of their appearance on the market. The emergence of specialized mining equipment for the SHA256 algorithm, which was more efficient than mining on a CPU or GPU, significantly complicated the life of Bitcoin miners and forced large mining farms to get involved in the race for computing power and cheap electricity.

It should be noted that the majority of relatively young blockchains, including Ethereum, have hashing algorithms that are resistant to the use of ASICs equipment to a certain extent. For example, the developers of anonymous cryptocurrency Monero deliberately complicate the lives of ASIC manufacturers, making changes to the algorithm every six months.

Actual cryptocurrencies for mining with CPU

Currently, you can get the most income from CPU mining if you choose coins that operate on the Cryptonight cryptocurrency algorithm: Monero, Bytecoin, Electroneum, DigitalNote, etc.

The mining start algorithm for any of the mentioned coins will be the same. The first thing you need to register in the selected network and create a wallet. Next comes the mining pool selection, entering the wallet address and updating the account. After that, it will be needed only to install the necessary software and proceed to mine. Pretty simple.

The cryptocurrency was launched in 2014. It is a coin with an emphasis on transaction privacy. Monero operates on a Proof-of-Work algorithm for verifying transactions. The digital asset works fine with a CPU, which makes it an excellent option for miners with small budgets.

The launch of Dogecoin took place on December 8, 2013, as a “comic currency.” Today it has become one of the top cryptocurrencies in the world, and its market capitalization has reached more than $350 million. This makes it attractive for investment and mining.

The setting up of Dogecoin mining is carried out similar to Monero.

The principle of Zcash operation is the same as that of other cryptocurrencies. Its blockchain consists of blocks where information about transactions is stored. Miners confirm these blocks and get a reward for that.

Actual cryptocurrencies for mining with GPU

Bitcoin Gold officially started on October 24 on the block 491 407, but the network was launched on November 13. The main task is to return mining from large farms to PCs, for the sake of which the transition from the SHA-256 crypto algorithm to Equihash is done. In this regard, Bitcoin Gold does not support ASICs.

Maintaining a large mining farm on a GPU requires much more effort than ASIC data-centers, so the major players choose the latter, leaving the mining on video cards to small companies and individuals.

Horizen (formerly Zencash) is another representative of a rather extensive family of digital coins based on the Zerocoin protocol, launched in May 2017. At the same time, it was formed as a fork of the non-basic Zcash cryptocurrency, and another Zclassic fork. Horizen can be called an interim solution between the previous two: if the ZEC miners give the developers a fifth of the rewards for each block found, and the ZCL miners keep everything for themselves, then the ZEN miners receive 88%.

Ravencoin is an American blockchain built at the fork of the bitcoin code. It helps to effectively create and transfer assets from one side to another based on bitcoins and Ethereum. Altcoin shows good results in 2019. Its algorithm is resistant to mining with the help of ASIC, however, the GPU mining can be unstable too. If you decide to mine Ravencoin, we recommend you immediately join the large pool.

The task of Aion Network, as a multi-level blockchain system, is to ensure the confidentiality, scalability and interoperability of decentralized applications. The coin algorithm is well suited for mining with the help of graphic processors, and also has the lowest block timing (10 seconds). If you have optimized your GPU well than to get 1.5 AION as block reward at a much higher frequency can be expected.

These are just a few cryptocurrencies that can be mined with the GPU/CPU in 2019. One thing is for sure, the advantages of such mining make it a competitive alternative for ASICs.