6 Popular GPUs for Mining Cryptocurrency in 2019

Alex Dovbnya
Want to mine cryptocurrency in 2019? Check out the Top-6 mining GPUs with great price/quality characteristics. Find out which devices are the most power-efficient 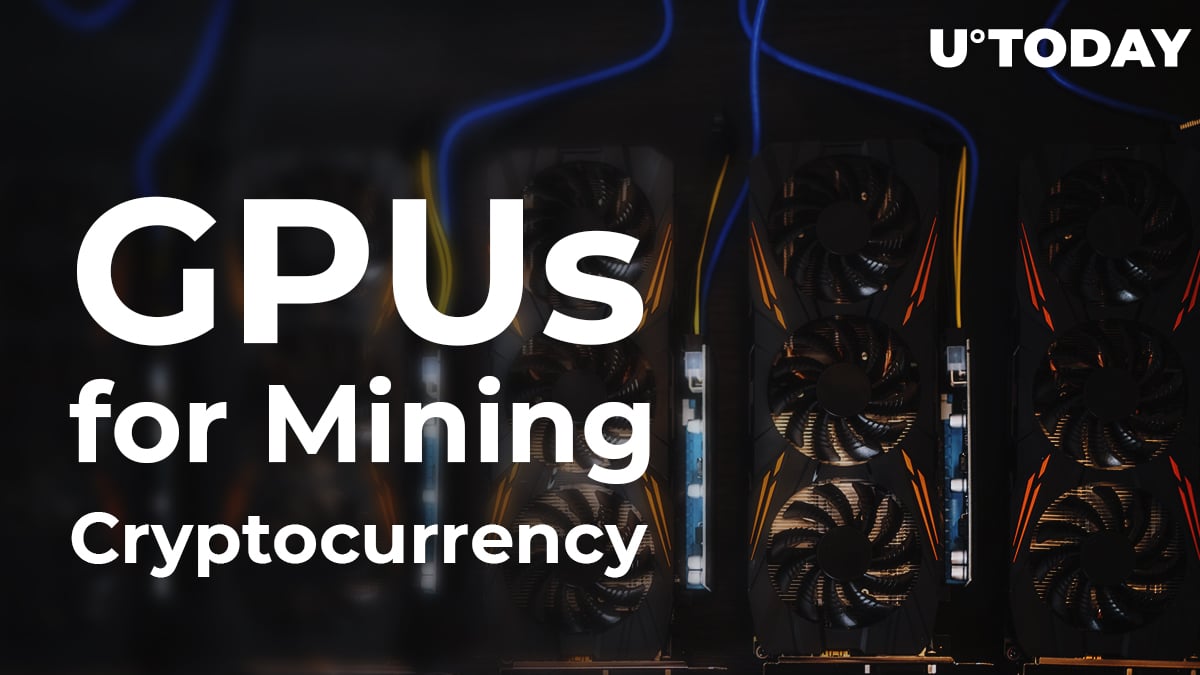 When cryptographic money only appeared, mining was practiced by a minority of people in the know. At that time, it seemed like mining was available for tech-savvy people only. Luckily, things are different. Now, you only need to discover the best GPU for mining, install it, and enjoy the profits.

While mining ETH and BTC was popular and relevant in 2016-2018, the current difficulty of calculations makes the process very challenging. It’s almost impossible to mine BTC and ETH using a regular GPU. But who said you can’t mine other coins? Even the current decrease of interest in mining doesn’t prevent individuals from attempting to mine altcoins. Truth be told, if you want to make profits you should either use the best mining hardware or not use it at all. The mining industry keeps evolving, offering us innovative mining machines. Let’s check out which are the worthiest mining GPUs in 2019.

How to select the best GPUs for mining?

Before we observe the worthiest mining GPUs, let’s look over the essentials of GPU mining cards that matter for efficiency and speed. This will help us understand how the industry standards have changed, and how to make an informed decision.

Take a look at the features that matter for the choice of GPU.

Previously, some 2-4 GB of VRAM was enough to mine Ethereum and cryptocurrencies alike. When Ethereum appeared only 4 years ago, it began at 1 GB, and the volume was increasing by 750 MB yearly. We're in 2019 now, which implies the best models for mining ought to have at least 8 GB of internal memory. With an old 2 GB card, you won’t earn any crypto at all.

Being a critical point, hashrate is the speed at which a device makes calculations to solve algorithms. This variable is estimated in hashes made per second, and the top-notch models have this speed measured in Mega-hashes (MH/s), which means at least 1 mln hashes are executed in one second. The most advanced GPUs can likewise have GH and TH values.

To put it simply, it defines the amount of chips that can be located on one device. As you already know, the efficiency of a card is defined by its memory, so you should definitely opt for a higher bus width. A typical 256-bit card with 8 chips is not enough today: you should opt for a better memory level to use at least 16 chips.

Mining is a costly process even after you buy the equipment – you need to pay electricity bills afterward. Make sure that the GPU consumes less power than its counterparts. If you want to enjoy a steady income, your mining hardware should be functioning 24/7. So make sure your GPU provides generous performance for the amount of consumed energy.

Now that you’ve looked into power utilization, you should be careful that your mining farm does not get too hot. It’s important because overheating can harm the hardware. It'll not only make the atmosphere in the room agonizing but may also prevent your graphic card from working properly. Go for open constructions – it allows for optimal cooking. Don’t forget to buy fans and install them.

Now that you know what matters for the choice of mining units, we can get down to reviewing the best 6 models in 2019.

This device is incredible – it’s always up to the task. This unit will function superbly regardless of the conditions. It is very productive, delivers AAA graphics, and stays ergonomic. It goes without mentioning that the device is compatible with most PCs. It is pretty quiet, not mentioning a low heat generation level.

Some time ago, this model was a top pick among miners, one of the most highly demanded ones. It has quickly transformed from a solution for gamers to mining equipment. AMD utilized this card to upgrade to the fourth graphic code. They added transistors while leaving the power requirements at the same level. It also features a fan that works from load. Though the noise is quite high, it is absolutely endurable.

This graphic card is a golden middle. i.e., it enables trouble-free mining while providing average speed (1340 MHz). Consider this astonishing GPU for mining ETH and ERC-20 tokens. It additionally features double fans which adjust operating speed to the loading. There’s only one disadvantage: this card is not as ergonomic as the past 480 variants.

This gadget is positioned as one of the most suitable options for crypto mining. Moreover, it is the 2nd quickest design card existing in the RX Vega series. The card is basically founded on the Vega design involving the same memory and type of processors.

This GPU is less speedy than the RX Vega 64. Notwithstanding, it requires less power. Its process execution is brilliant. The GPU is accessible in air-cooled editions with the highest power utilization of 210 W. To reap a higher mining power from the unit, you can leverage custom BIOS to open its additional features.

Each and every component of this GPU has been upgraded for speed, efficiency, and energy productivity. Instead of an air framework, they use water for reducing heat – this innovation functions pretty well. It’s a long-lasting device that allows earning coins for hours, days, and weeks.

A top-choice for mining ERC-20 tokens. It is proficient, comes at an extraordinary cost, and it functions perfectly with any framework where you want to increase your crypto profit. The design reminds of the Pascal GPU structure, and the device is great not only for crypto mining but also for VR interactivity. By the way, its 1760 MHz rate is exceptional!

Even though crypto asset mining is not as profitable as before, you can still be a happy owner of many interesting altcoins – there’s no need to restrict your crypto portfolio by BTC and ETH only. The crypto market offers a huge amount of coins, while the hardware market boasts a great variety of coins. If you’re ready to invest in mining hardware, consider some of the above-mentioned Top-6 GPUs: they deliver excellent mining quality while staying power-efficient.