NEO vs Ethereum — The Differences and Similarities

George Shnurenko
Investors are now studying the differences between NEO and Ethereum as they now fit the high-profile altcoin description. 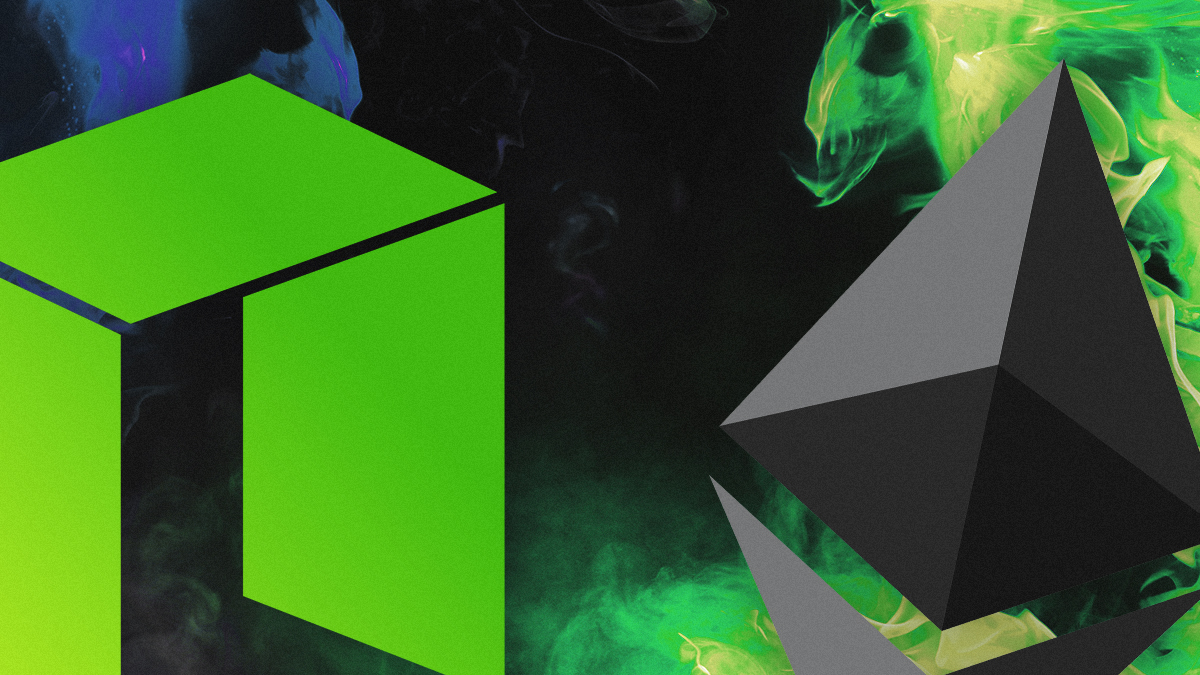 According to Wikipedia, there are over 2,000 cryptocurrencies in the market. Several other platforms report higher figures and this estimation is tipped to increase in the coming years. However, among the multitude of coins lining up behind Bitcoin, hoping to usurp the coin with the largest market capitalization, some stand out.

Two cryptocurrencies currently making waves in the industry are NEO and Ethereum. These coins are extremely promising and this can be attributed to several reasons. There’s no doubt about the similarities of these currencies- they both operate on the blockchain network, they are both decentralized, and they both show promise in terms of adoption.

However, the differences are less obvious. That’s the reason for this piece. You should be equipped with the knowledge of how both currencies operate, the aim of the organization, the technology available at their disposal, the functional nuances, etc.

Where do we start? Let’s go to the very beginning.

Ethereum is basically a decentralized platform which has the ability to execute smart contracts. These smart contracts are applications which, when programmed, eliminate any need for third-party interference, thereby mitigating fraud, downtime, or censorship issues. This is, perhaps, the reason for Ethereum’s protracted application in the financial industry.

You must’ve heard of phrases like “The Ethereum of the East” or “Chinese Ethereum.” Well, this is a close call and you might be able to judge better after this piece. NEO is a community-based Blockchain project which employs the digital identity of assets to automate the management of these assets. NEO also relies on the concept of smart contracts to achieve its goal of a smart economy.

At a glance, the definition gives us a lot to work with. Let’s delineate them.

Enough of the similarities. Does this mean that they work the same way and that one company lazily copied the hard work of the other? No! Let’s observe some of the inherent differences below.

When it comes to cryptocurrencies, the issue of scalability is non-negotiable. This is what determines whether or not investors judge the token valuable. The technology which underpins both NEO and Ethereum, as a result, should be discussed and this will lead us to consider the consensus mechanism.

In this argument of NEO vs Ethereum, there are three factors which will contribute to the scalability and these factors are:

The concept of cryptocurrencies being decentralized and peer to peer means that there’s an underlying technology which determines how the transactions are affected. Ideally, a transaction on the Blockchain network is verified when a group of people agree (reach a consensus) that it is valid. This is usually achieved by solving complex computational problems using systems with high computing power.

NEO employs a Byzantine Fault Tolerant system (dBFT) for its consensus while Ethereum uses a Proof-of-Work mechanism for transactions. NEO’s dBFT can be likened to an improved Proof-of-Stake mechanism and this gives it an edge when it comes to the scalability of both currencies. This is because the PoS system is more efficient and secure compared to Ethereum’s PoW.

The founder of Ethereum, Vitalik Buterin, also recently hinted at an upgrade which might drastically enhance the scalability of Ethereum. This will be made possible by a concept known as Sharding. Sharding is such that, instead of all network participants validating each transaction, only a select few will be saddled with this responsibility. It will cause transactions to be validated simultaneously and this will cause room for growth.

NEO vs Ethereum- the technology

Ethereum is quite popular and the platform has enjoyed a decent level of adoption by tech enthusiasts around the world. One feature that makes Ethereum impressive is the fact that it can facilitate about 15 transactions per second. NEO, on the other hand, has the potential to handle about 10,000 transactions in one second.

Ethereum vs NEO- the underlying support

One major factor limiting the widespread use of cryptocurrency is the fact that there’s no regulation and the government isn’t in favor of it. However, NEO isn’t a victim of this problem. In fact, the support provided by the Chinese government is a major factor which has propelled the growth of the currency.

Since its inception, it has garnered the support of several other popular tech giants such as Alibaba, WINGS, etc. Without a doubt, these factors played a major role in increasing NEO’s popularity, causing it to become China’s pioneer open-source public Blockchain project.

Although Ethereum lacks this sort of backing by the government or any other similar giant, it is underpinned by the Enterprise Ethereum Alliance. This enterprise connects a plethora of individuals and organizations with sound Ethereum experts to learn and build the Ethereum system. Those who are part of this vision include founders of startups, academics, tech enthusiasts, Fortune 500 companies, etc.

NEO vs Ethereum- the team

Vitalik Buterin has become a household name in the crypto sphere and there’s hardly anyone who isn’t impressed by the 24-year-old’s accomplishment. Since 2015 when Ethereum was launched, Vitalik and his team went on to become one of the most vocal groups about cryptocurrency and blockchain technology in general.

In comparison, Da Hongfei, the founder of NEO, is probably not as popular as Vitalik. However, this is not to say that he lacks experience in this area. Way back in 2014, he founded a company whose aim was to build decentralized apps. This company, initially known as AntShares, rebranded and became NEO in 2017. Hongfei also has a Blockchain research and development company known as Onchain.

Ethereum vs NEO is such that there’s no clear-cut winner, at least not yet. Some pundits claim that it’s still too early to start a comparison of this nature. Others posit that there’s a clear winner already. However, the future has a lot to tell and we can only wait and watch.