Alex Dovbnya
⛓️?? Blockchain technologies have become so popular that lots of books are written on this topic 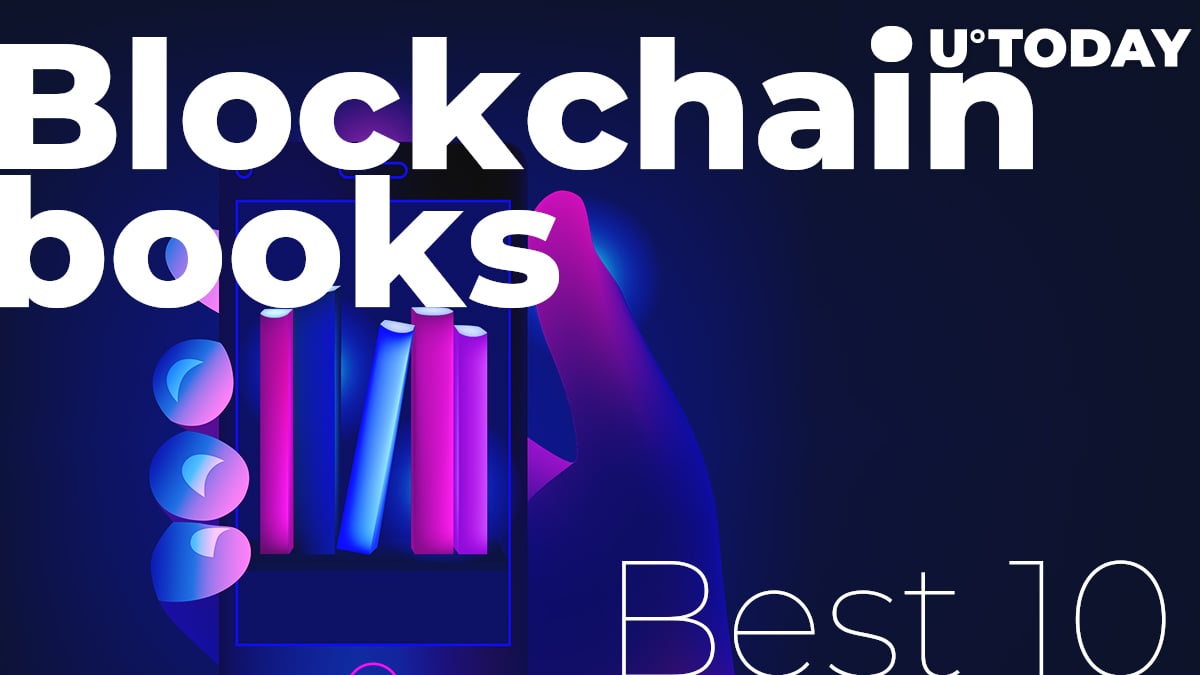 From the first time, it is difficult to fully understand how blockchain technologies operate. At the moment, the topic of cryptocurrency is one of the most discussed in the field of financial literature.

In this regard, we have prepared a list of the most interesting and informative books that will give answers to all questions about blockchain, ICO, Bitcoin, and other digital assets.

If you want to understand these questions in more detail, read one or more books from this list.

Digital Gold by Nathaniel Popper. Bitcoin and the Inside Story of the Misfits and Millionaires Trying to Reinvent Money

This book written by New York Times journalist Nathaniel Popper was published just a few years ago and has become one of the well-known best business books. The detailed work of this author gives you a chance to quickly immerse yourself in the nuances of the economic system. Popper notes that Digital Gold is an attempt to understand the position of Bitcoin in the modern world and its history associated with breakthrough innovations.

Overall, the book is devoted to the emergence of the idea of digital assets and their development in different countries. The narration is conducted on behalf of various heroes: an Argentine millionaire, a Chinese businessman, Americans, the Winklevoss brothers – who had legal proceedings with Zuckerberg – heads of banks, prosecutors and the unknown creator of Bitcoin Satoshi Nakamoto. Popper does not only describe in detail the main events of this story but also analyzes the reasons why Bitcoin turned from a technological phenomenon into a social one, uniting a huge number of people throughout the world with its democratic standards.

It is very easy to read the book, as it is not overloaded with technical details. The main focus is on the course of events, and not on the details of the blockchain structure or Bitcoin. “Digital Gold” is more targeted at a wide audience. There are various interesting stories about people who came into contact with cryptocurrency during its development.

Blockchain Revolution by Don Tapscott. How the Technology Behind Bitcoin Is Changing Money, Business, and the World

It is worth reading for those who are interested in the practical application of this technology. The author predicts the democratization of society on the basis of the blockchain.

In this book, he writes about blockchain as a technological breakthrough that can change global business practices. It can be split into two parts: the first is a story about the blockchain, its strengths, and weaknesses. In the second part, he explains the causes of the influence of blockchain technology on world society and the growing number of investments in digital currencies.

Blockchain: Blueprint for a New Economy

Perhaps one of the best books on this list a theoretical work on distributed registry technology. Melanie Swan describes in detail the three “generations” of the blockchain - 1.0, 2.0 and 3.0. Blockchain 1.0 is a Bitcoin blockchain. It will be replaced by a more complex blockchain 2.0 with smart contracts and the merger of financial organizations. Blockchain 3.0 is the so-called “blockchain of everything” (by analogy with the “Internet of everything”), a comprehensive system in which information about any object is stored safely and publicly. An example of using the third generation blockchain is works of art for which you will create your own unique identifier in the system, and they can never be stolen or forged. Separate parts of the book are committed to the functional qualities of the blockchain, the possibilities of its use for tracking online operations and possible areas of application.

This book is about the first successful operating cryptocurrency, Bitcoin. The author reveals the following points:

In this edition, there is necessary information for a detailed study of Bitcoin: the functionality of the decentralized network; information security protocols; implementation of peer-to-peer technology; conducting transactions; and code samples of applications.

The book does not teach the development or earnings of digital currency – it only helps to get the principles of the blockchain on the example of the Bitcoin payment system and other coins.

The Age of Cryptocurrency by Paul Vigna and Michael J. Casey. How Bitcoin and the Blockchain Are Challenging the Global Economic Order

The authors write that Bitcoin has gained world fame literally overnight. Everyone and everywhere has started writing about it. This is the currency with which you can buy almost anything, starting with a cup of coffee and ending with a car. The book says that the common man needs to treat digital currencies with a certain degree of caution. According to Vigna and Casey, the purpose of cryptocurrency is to change the economic and social structure of our world. They make it possible to conduct financial transactions without an intermediary; it is a system that belongs to people and is protected from a crisis similar which happened in 2008. The world's largest cryptocurrency, Bitcoin, has many useful applications, but one of them is obviously the main one: Bitcoin is money.

The book tells the narratives of early followers and miners of Bitcoin: Austin and Becke Craig, Gabriel Abed, who founded Barbados' own digital currency, and Silicon Valley developers who are trying to guess the possible needs of potential customers of blockchain applications. In this book, the use and advantages of technology become clearer.

The author of the book is Adam Tepper, the general director of the Australian stock exchange Independent Reserve and a successful programmer in the past. In February 2015, the entrepreneur died, crashing into a pole on his motorcycle at great speed. At that time, he worked on the book Bitcoin - Money for All. After Tepper’s death, his friend Adrian and the Australian Bitcoin Association jointly released his work. In his book, Adam described the importance of cryptocurrency as an engine of the financial market. In the book, much attention is paid to investment in crypto assets. The author argues that it is obligatory to invest in digital currencies right now, since in the near future their price will rise, and all thanks to their introduction into the global financial turnover.

The author of “The Business Blockchain” is an American publicist and part-time startup mentor William Mougayar. His book gives the impression of a futuristic forecast of how the world will change when all or almost all processes, not only business, move to the blockchain, which Mougayar describes with the adjective “polymorphic”. First, we cannot predict how the world will change under the influence of this technology. Secondly, the blockchain, according to the author, is able to solve not only business problems but also eliminate many of the limitations that characterize our thinking so far and teach us to think differently.

The Science of the Blockchain by Roger Wattenhofer

The book is written by a professor in the field of information technology. The language of it is for beginners. Almost all of it consists of various technical details that will be difficult to understand by any “non-technical” readers. Therefore, the main audience is development specialists.

Wattenhofer explains how distributed systems are built and parses several existing ones. All this is a scientific language. The book carries the greatest practical benefit to the “builder” of the new Internet.

Pavan Duggal does not look into the very distant future, as Melanie Swan does. The author examines only the second generation of the blockchain: smart contracts. According to him, “cyber law” is based on them.

“Blockchain Contracts and Cyberlaw” is largely about this topic. It is suitable primarily for those who are keen on the blockchain innovation in the context of improving copyright, tangible and intangible law.

As the author writes, this book is a brief and objective guide to the use of Bitcoin. For example, it tells how you can use digital currency together with the Facebook social network to increase revenue or for charity purposes. The book was written in 2014, and even now stay pretty actual. Even then, the author spoke of the upcoming mass adoption of Bitcoin and the blockchain technology, as well as the fact that this phoneme will change the banking sector, lending, data storage and all other aspects of human life. He compared the emergence of Bitcoin with the advent of e-mail with the postal industry. The book will be useful even for experienced Bitcoin users, as a current look in the near past.