Rimma Trukhina
In this interview, Alex Althausen shares his vision on Bitcoin’s future and tells us what we should expect from StormGain 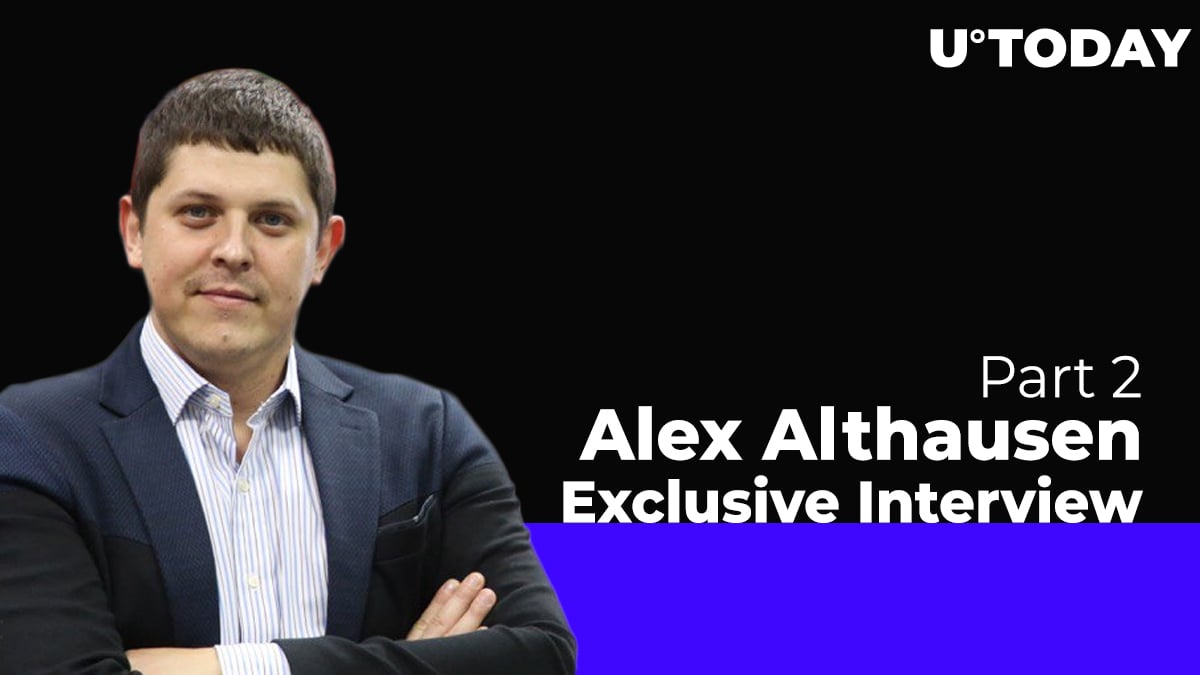 In the second part of my interview with Alex Althausen, the CEO of cryptocurrency exchange StormGain, we discussed crypto margin trading, possible market manipulations and why diversification is always good, and what the turning point will be that shifts us in the direction of mass adoption of Bitcoin.

U.Today: StormGain has been named Cryptocurrency Trading and Exchange Platform of the Year by The European, a business publication, and Coinmarketcap has named StormGain the #1 interest rate provider for crypto traders. In my opinion, these are significant successes. Now, what are your plans for the future? What should the community expect from StormGain? Maybe there will be some major updates coming soon?

Alex Althausen: Yes, in fact, everything you mentioned is the result of quite a lot of work. We have been developing an interest rate for clients for about six months. This product is still available on the platform. Passive income is, by the way, just a crisis trend, a crisis influence. Customers sometimes don’t want to take risks at all. We gave an example of crypto margin trading, where clients are willing to take risks, but we try to think about all categories of crypto investors and enthusiasts. 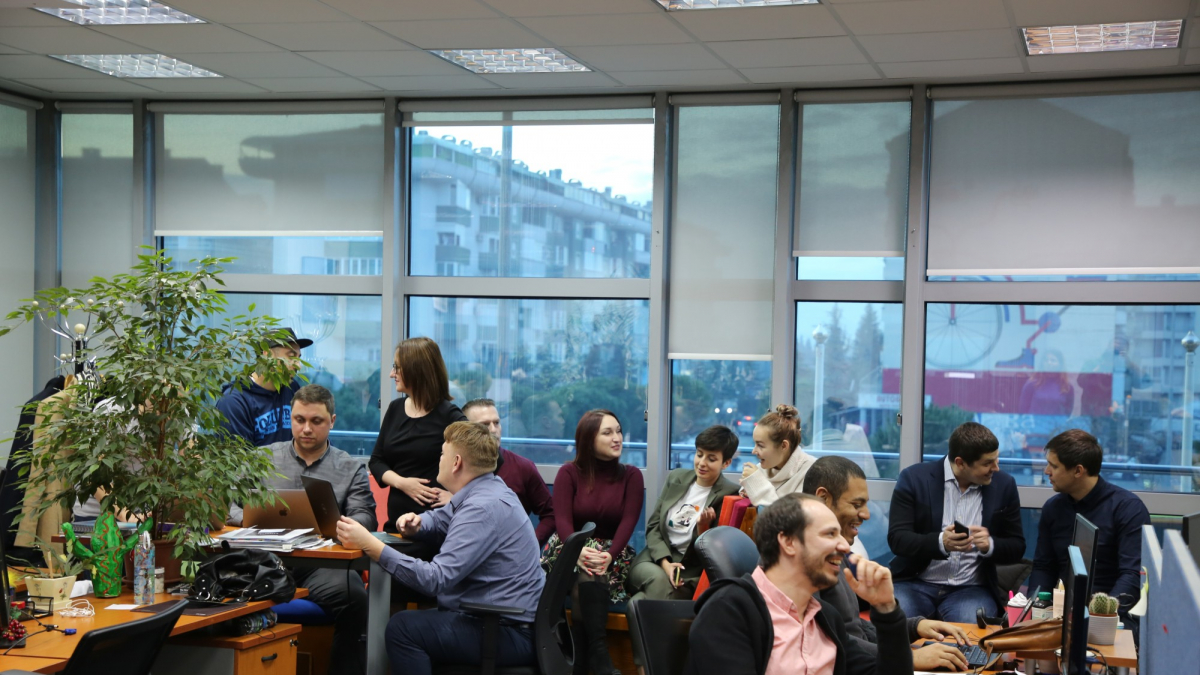 Yes, on Coinmarketcap we were the Top 1 for a long time. But I haven’t visited and checked for a long time. There are no other major companies besides us. By and large, there are only some very small companies that do not have any clients at all. You can go to the site and look for the quotes. They aren’t there. I mean, it’s clear that there is no active trading there.

What plans do we have for the future? Right now, we are working on a new engine. In fact, it may not be very interesting for the customers themselves, because it’s not really a feature; it’s not some kind of separate product. But it is a very important change for the exchange itself.

We are working on adding an API for traders, so that there might be robotic trading and interest on our exchange for market makers.

API is the ability to connect to the exchange and write some kind of software, some kind of robot that will trade for a trader. There is a huge amount…Well, how huge is it?...As for retail clients, there are not too many of them, but they do exist. They are called market makers. They trade on various exchanges and connect their software through this API to various exchanges and then, for example, they are engaged in such a thing as arbitrage. This may not be very popular, or it may need to be explained but, in fact, the cost of the cryptocurrency is not the same on all exchanges.

I mean, if you go to three crypto exchanges right now, Bitcoin will most likely vary from $10 to $50, for example. And if you have accounts on all of the exchanges, then special software or just attentiveness allows you to notice the difference between the cost on one exchange and on another. Thus, selling on one exchange and buying on another at the same time, you can make money on the difference in price on different exchanges. Such functionality will be available. But this is for more professional traders, not for retail. But we are developing this capability.

Second, we are moving to a new engine. What does this mean? For the client this means, first of all, that the speed and quality of the execution of orders will improve.

Quite often it happens that there is not enough liquidity on the exchanges. This engine will allow us to quickly replenish liquidity on other exchanges. I think that readers are generally not so deeply immersed in the technical side of the issue, but the application will become faster, more reliable and the most important thing for the client is the speed of transaction execution. It will get much faster. Because you know how the price changes. Now it is $11,700; in two minutes it will be $11,800. And it is very important for the client to have time to get in position to earn the most, which is what we want to provide.

U.Today: We’ve mentioned Coinmarketcap several times, and I’m interested in your opinion of Binance’s acquiring of Coinmarketcap. Why do you think they needed it? In my opinion, the cost of the transaction was prohibitive: $400 million. What do you think their motives were?

Alex Althausen: This is a provocative question, because Coinmarketcap is still our partner. We are listed on Coinmarketcap; all of the information about our exchange is there. We treat them with great respect. We are in communication with the management of Coinmarketcap. But honestly, this deal will hurt the market. Let me explain. 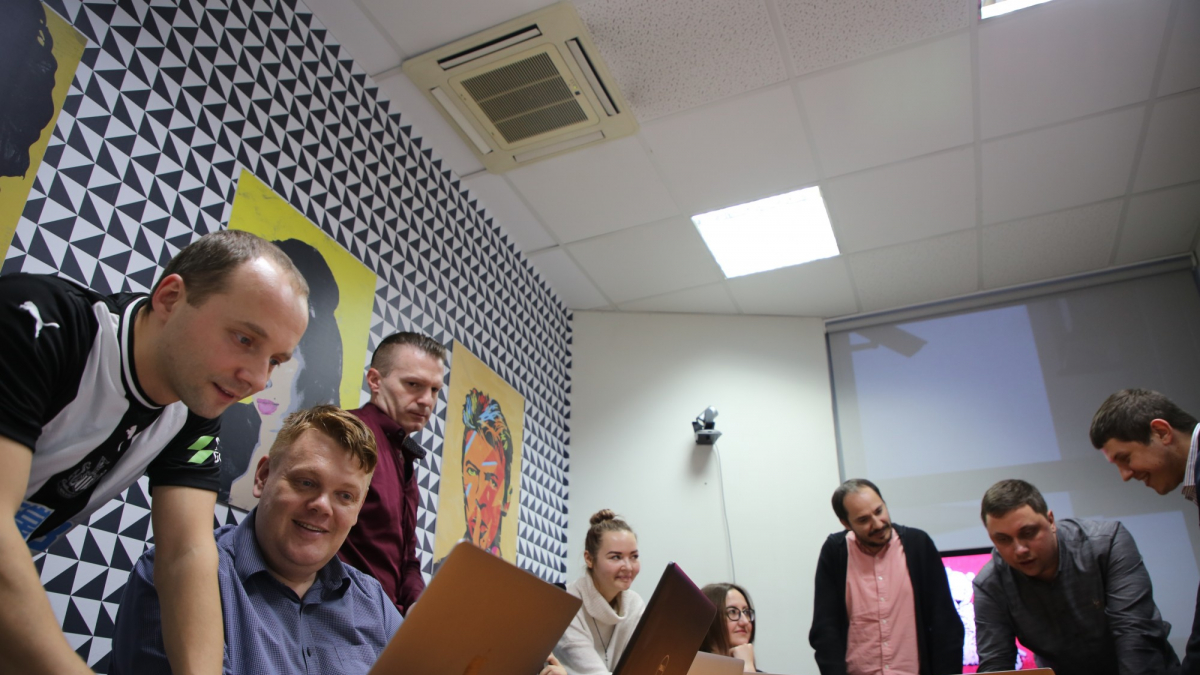 The fact is that it is enough to look at what changes have occurred on Coinmarketcap after Binance became the full owner of this listing platform. For a long time, BitMEX was in first place in derivative volumes, and if you believe the data that BitMEX and Binance send to Coinmarketcap via their API, it is impossible to show twice the volume in one month that you indicated the month before. We are now seeing Binance outperform BitMEX by roughly double the volume. Over the five years of Coinmarketcap's existence, this didn’t happen, and then it suddenly happened out of the blue.

I’m not ready to talk about the reliability of the data. Let’s believe that Binance is an honest player and shows fair volumes, but the fact that Coinmarketcap changed the way it calculates derivatives volumes, and BitMEX was in 174th place in terms of volume after coming in first, just raises some questions. And I think all market participants are paying attention to this. Especially those who have been on the market for a long time and know BitMEX or Binance.

This is not a huge problem, since customers—knowing this history—can pay more attention to other listing platforms. Those aren’t the only ones.

We know, for example, the second player is CoinGecko, which is pretty big. I see already that traffic on CoinGecko has increased. They offer…well, not completely independently but, nevertheless, with a claim to honesty, a system of counting and rating, of ranking the company. Therefore, it will probably be good in the future, because one monopoly is always bad. If there is only one company, it has the ability to manipulate data, manipulate the market. When there is diversification, it is always interesting. I’m getting philosophical.

U.Today: When should we expect the massive introduction of blockchain technologies into our daily life? What might be the turning point to shift us in that direction?

Alex Althausen: This is a great question. If our readers dig deeper into the topic, they will probably be very surprised, because blockchain technologies—namely blockchain, not cryptocurrencies—have definitively and long ago wormed their way into our daily lives. But they aren’t very visible to ordinary citizens, so they don’t pay much attention to it.

Let’s talk about a couple of examples. If you don’t take cryptocurrencies, but take blockchain as a technology, massive adoption is now taking place in the field of supply chains: supplies, movements. Relatively speaking, it is necessary to move the load from Point A to Point B. Calculating the cost, tracking the movement of this cargo: blockchain is already really helpful with this, in order to reduce costs, delivery times and so on. 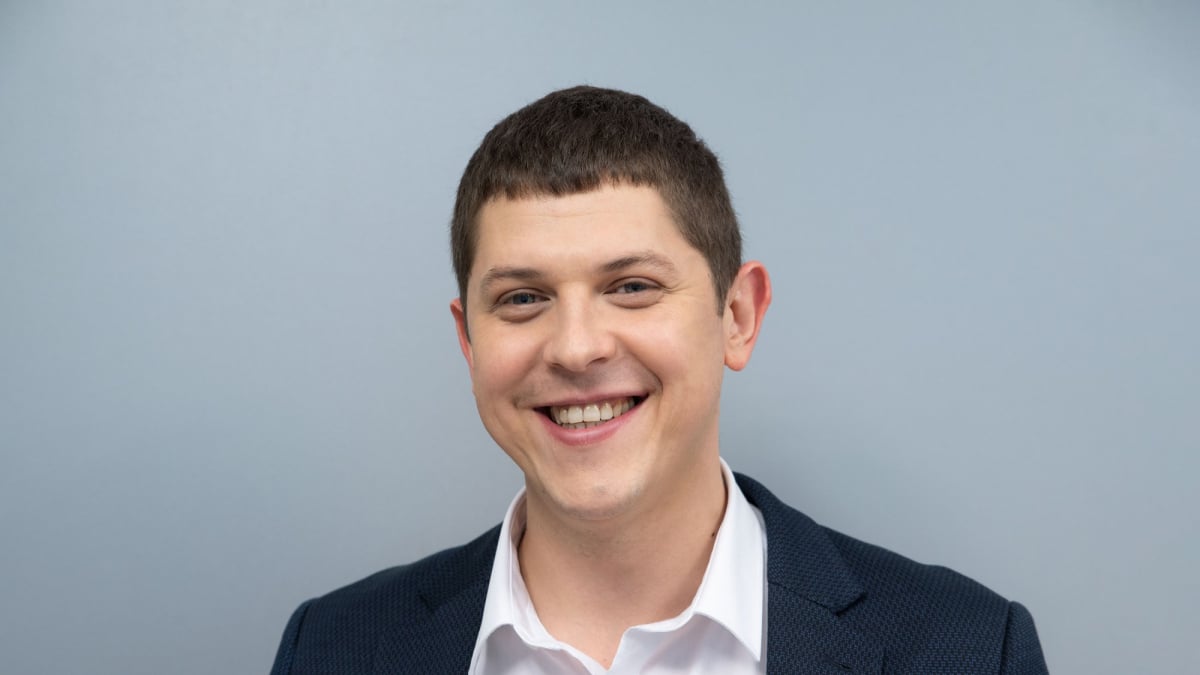 The second point is, for example, construction. Blockchain is now helping large construction companies to reduce the cost of purchasing materials: purchase materials when necessary, monitor the honesty of suppliers’ pricing, etc. It involves a lot of important professional decisions. It’s just that our people usually hear: “Bitcoin, Bitcoin, this is a blockchain”. This is an association. But in fact, blockchain is a technology that has already been implemented everywhere in those areas where it is really necessary. And when you buy Nike sneakers from a store, you don’t think about how they were delivered to that location, but blockchain is already helping.

If we talk about the mass adoption of cryptocurrencies as a separate topic, then I think that it is now written in big neon letters on almost all financial companies. Over the past two months, there has been news of Visa, MasterCard and PayPal starting to introduce cryptocurrencies into their payment systems. Is this not mass adoption that we’re talking about?

When a client has the opportunity to keep a card that will be tied to a wallet in cryptocurrencies, make payments for goods and services with this card—just as he/she can now pay in dollars, euros, rubles and any other currency—then we will see this mass adoption. And as soon as we see this, the price of Bitcoin will start to rise, because not everyone has yet understood what the value of Bitcoin is. We sometimes ask clients, “What’s so great about Bitcoin? Why do you believe in it?” Very few people give the answer that I think is correct.

U.Today: What is the correct answer?

Alex Althausen: It’s all very simple—Bitcoin is limited edition. There’s all this marketing hype, this hot air, this informational context that the media creates about why Bitcoin costs so much. We must not forget that it is simply on a limited release. There will be no more than 21 million Bitcoins. It is not possible simply because of the nature of the technology.

Gold is growing now. It’s already worth $2,000 an ounce. But the amount of gold reserves on planet Earth is not even close to being explored yet. I mean, we know about some very limited slices of land, and there is complete confidence that if we dig, we will find more. At the same time, the price is growing because production resources are limited. You cannot take and mine all the gold in the world in one day; it takes time. And Bitcoin has two factors: it takes time to get it, to mine it. And the second factor is that it is limited. Imagine how much gold would cost if humanity knew exactly how much gold there was and where it was. Many people don’t take this into account. I think this is the most important factor.

U.Today: Thank you. In my view, this interview turned out to be very interesting.