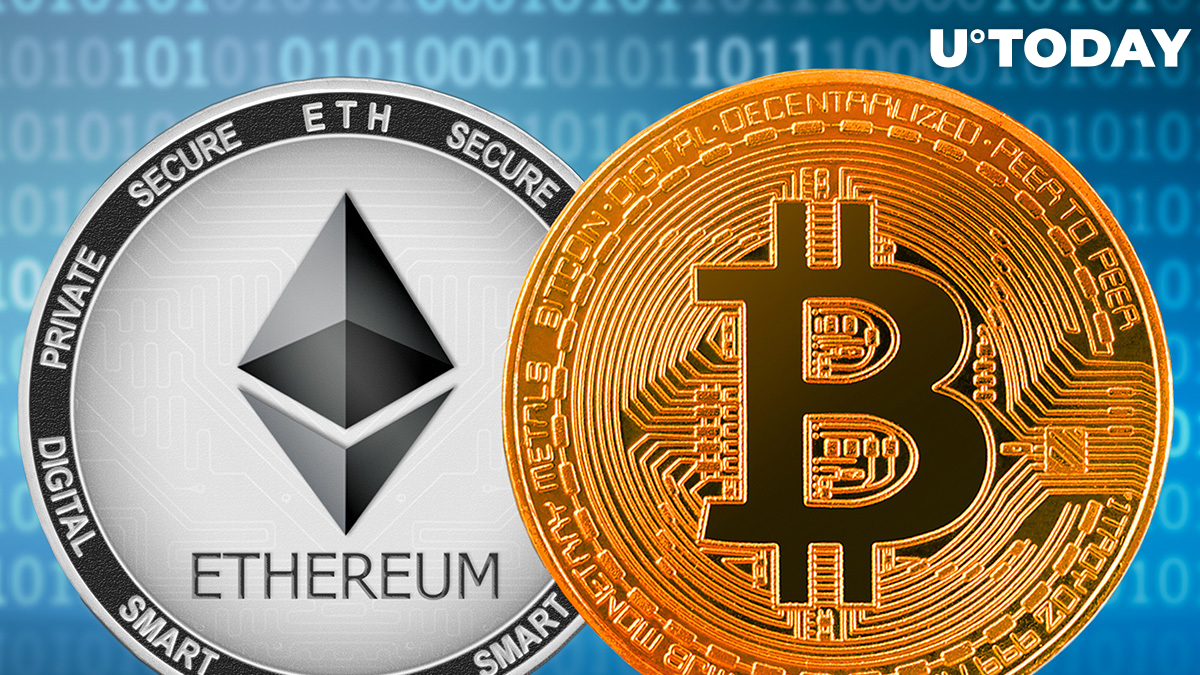 According to the Money Movers website powered by CoinMetrics analytical instruments, Ethereum (ETH) has printed one record after another in terms of value transferred.

Another day, another flippening

As tweeted by the account Documenting Ethereum, the Ethereum (ETH) network processed more value in stablecoins than Bitcoin (BTC) processed in Bitcoins.

Thus, for the first time in its six-year history, Ethereum (ETH) has become a more important instrument of money transfers than the first blockchain.

At press time, Bitcoin (BTC) processes the same value, while Ethereum's (ETH) indicators have more than doubled: $55 billion is transferred over Ethereum (ETH) every 24 hours.

This upsurge in Ethereum (ETH) utilization should be attributed to the spike in popularity of Dogecoin clones as the majority of them represent Ethereum-based ERC-20 assets. Also, the mid-May sell-off of Ethereum (ETH) contributed to this impressive result.

Meanwhile, today's flippening is of paramount importance due to the fact that Bitcoin (BTC) has long been treated as the most popular cross-border transfer method in crypto. Thus, Ethereum's stablecoins (mostly, USDT and USDC) establish themselves as the new method of choice for that purpose.

It is interesting that Ethereum (ETH) fees are at multi-month lows now. The median transaction fee on Ethereum (ETH) nears $2: it has not been so tiny since 2020.