ECB President Christine Lagarde on Crypto: 'We Want to Play an Active Role' 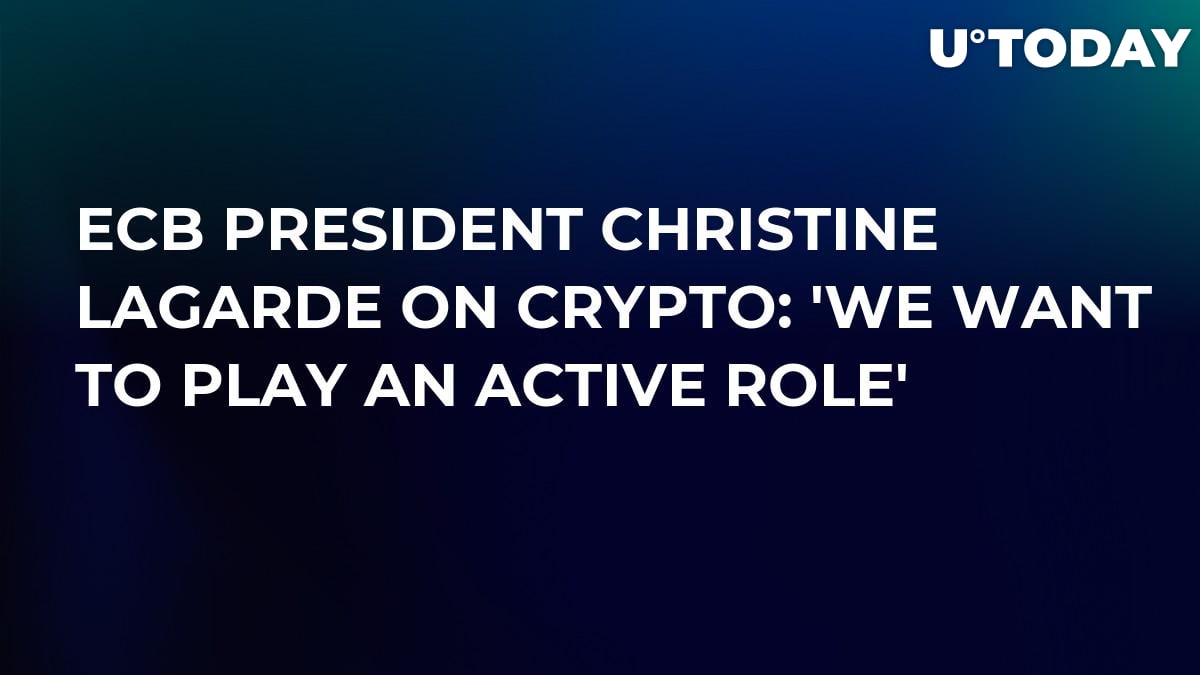 Christine Lagarde, the President of the European Central Bank, recently mentioned that the ECB wants to play "an active role" in innovating the area of payments during her interview with French business magazine Challenges. She acknowledges that there "the urgent demand" for more efficient payment solutions, especially when it comes to transferring money between different countries.

Lagarde on cryptocurrencies: We are looking into the feasibility and merits of a central bank digital currency that would ensure that people can continue to use central bank money even if the use of physical cash eventually declines. We want to play an active role (5/6)

According to Lagarde, the ECB is currently assessing the costs and benefits of creating its own central bank digital currency (CBDC). They want to make sure that central bank money will still in use despite the gradual disappearance of physical cash. She also highlights that cryptocurrencies issued by central banks are not supposed to "crowd out" private solutions for digital payments.

"We are looking closely into the feasibility and merits of a CBDC, also because it could have major implications for the financial sector and for the transmission of monetary policy."

In late 2019, the ECB created a special task force to determine how feasible it would be the issuance of a CBDC within the eurozone.

Lagarde's interview comes after she highlighted the importance of adapting to financial innovations in late 2019. She also noted that there was a great demand for stablecoins that weren't actually addressed.

Back in December 2019, the ECB also published a paper that presents a CBDC as a pan-European payment solution.

"If industry efforts fall short of developing an innovative and efficient pan-European payment solution, the social need for it could potentially be met by issuing a CBDC."

As reported by U.Today, the Bank of France (Banque de France) is expected to start the trial of its own cryptocurrency in Q1 2020.