Darryn Pollock
While the cryptocurrency market shows some signs of life and the cessation of decline, it is Ethereum Classic that is growing the most ahead of its Coinbase listing 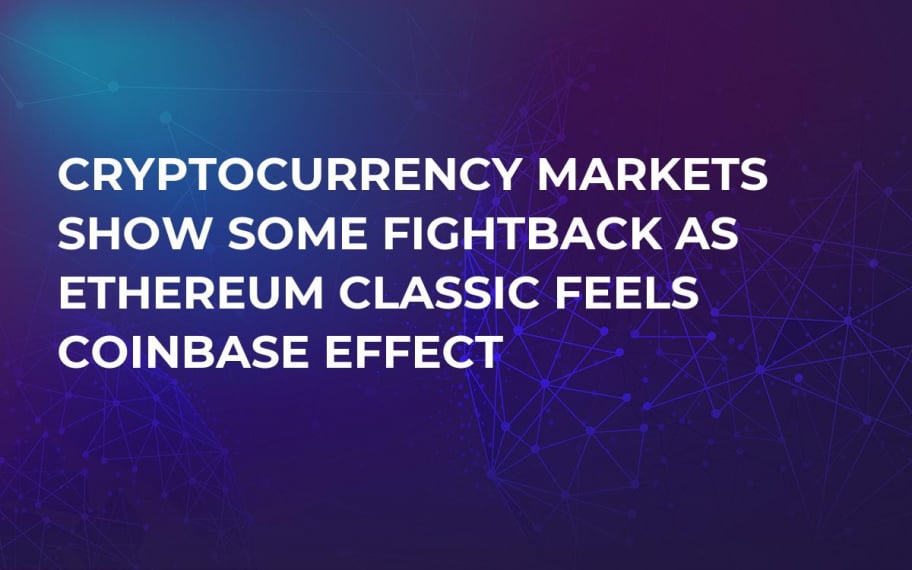 After a bad run in the cryptocurrency market that saw Bitcoin fall to below $6,000 and Ethereum to under $300, there has been a bit of a fight back with a number of coins spiking, and showing green numbers.

But the coin that is feeling the growth the most is Ethereum Classic as it prepares for its introduction into Coinbase. Coinbase announced that ETC would be available for purchase and trading on that platform as from 5 p.m. PST on Thursday.

The market has reacted strongly to Bitcoin’s decline, and even more so, to the altcoin massacre that has been witnessed this week. It has shown some fightback across the bigger coins, as Bitcoin sits around $6,400.

However, the fightback has been sporadic and full of spikes and valleys. Although, there are at least green numbers being posted for the top cryptocurrencies. The likes of Bitcoin, Ripple, Ethereum, Bitcoin Cash and EOS are showing growth between one and two percent over 24 hours.

The bigger winners in this fighting market include VeChain, which has spiked heavily upwards by 30 percent in the last few hours, while Ethereum Classic grows ahead of its listing on Coinbase today.

Ethereum Classic was at a two-month high of $18.50 earlier this month, the same level it had reached on July 7 when the Coinbase announcement made further rounds. The listing on Robinhood also had an effect in boosting ETC’s price.

Ethereum Classic also shot up in price before rumors that it was to be listed on Coinbase. This happened a few weeks ago when on June 21st, Coinbase had announced that they would soon be listing the currency and that set off a frenzy of buying which saw the price skyrocket.

However, as is always the case with the markets, even though there is growth for some coins, there are others that are dropping significantly. Little known coin, Aurora, is down 13 percent whereas TenX, the cryptocurrency debit card coin, is also down, nine percent.