Yuri Molchan
A Bitcoin whale has just transferred a whopping 17,282 BTC, having paid just $9.72 in fees 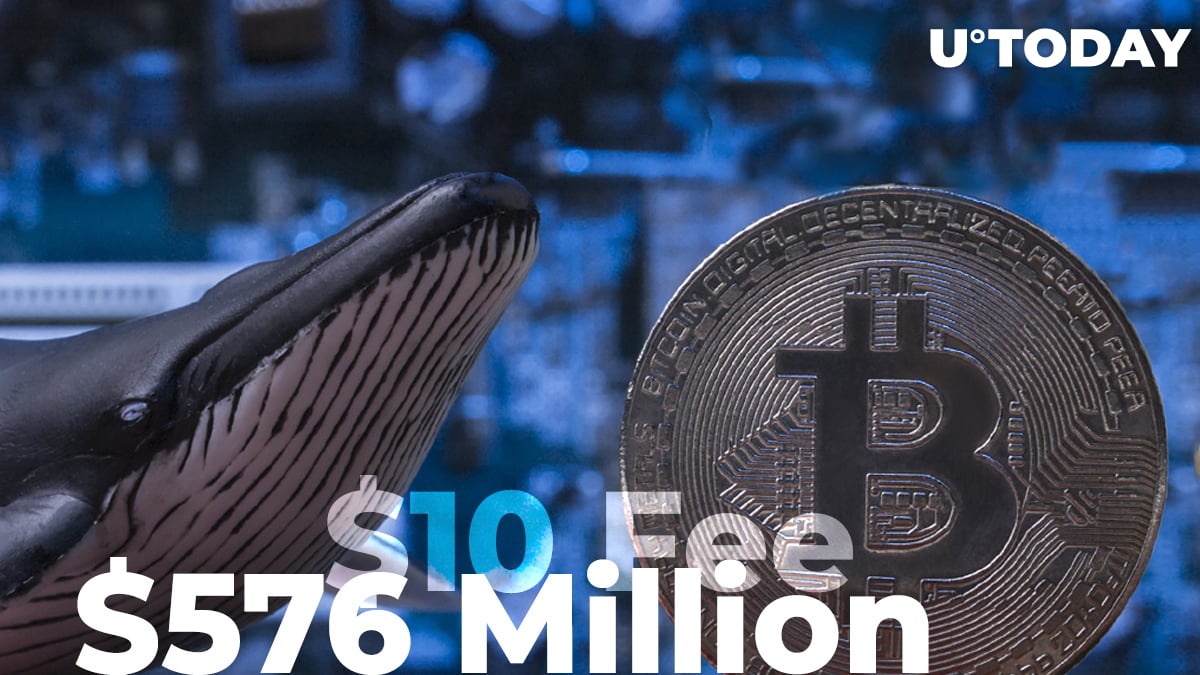 A crypto whale has shifted 17,282 Bitcoins for a tiny fee.

Less than an hour ago, a mammoth-sized Bitcoin transaction was observed as a crypto whale transferred an eye-popping $576,925,006 in the world's largest digital currency between anonymous wallets.

The fee charged for that transaction totaled only $9.72; not a single bank would offer such a low fee for a transaction as large as that.

At press time, Bitcoin is changing hands at $33,502 after reaching an all-time high close to the $42,000 level on Jan. 8, according to CoinMarketCap. This is twice as big as the ATH hit by the flagship cryptocurrency in December 2017.

For the past two weeks, Bitcoin has been in decline.

As reported by Glassnode earlier, Bitcoin sees a rising liquidity crisis as large amounts of BTC are being withdrawn from exchanges to cold storage wallets. According to data from the analytics company, over the past 30 days, approximately 270,000 Bitcoins have passed from weak hands to long-term hodlers.