Eric Eissler
What are the strings attached to crypto debit cards? 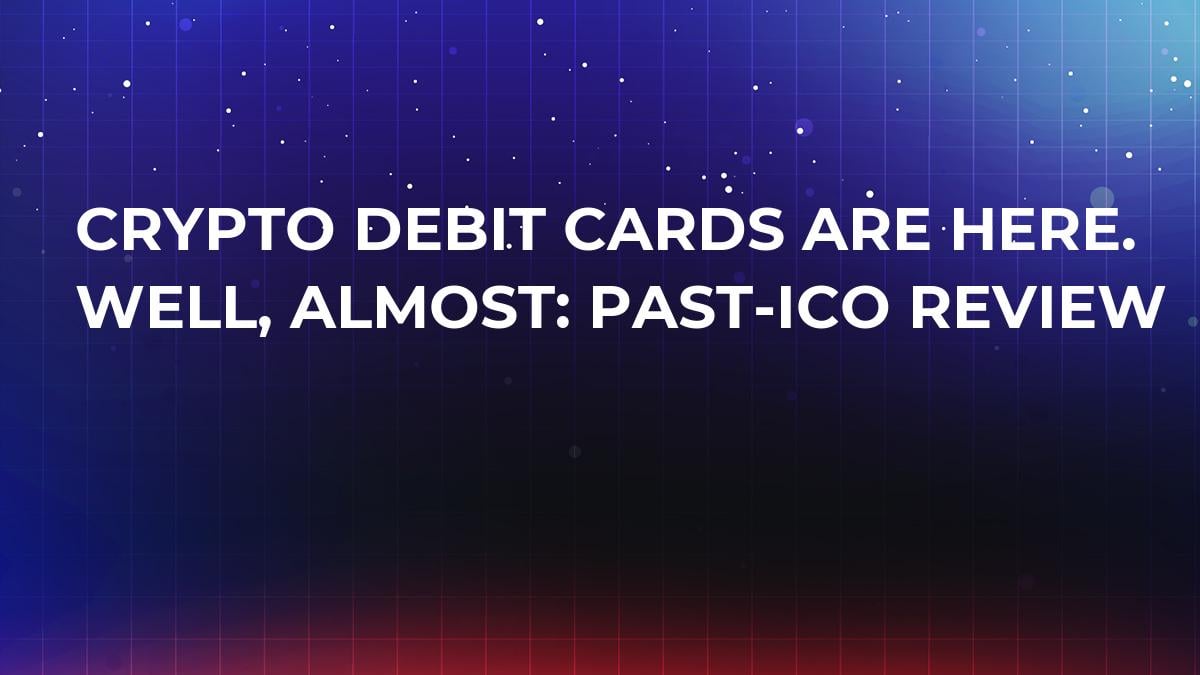 Coming out of crypto valley in Zug, Switzerland, the company Monaco, which has no relations to the principality of Monaco, has come out with an app and a debit card to make it easier to spend crypto without selling and get credit to make purchases to pay off later, or if you can’t pay it off your collateral Bitcoin on Monaco coin is used instead.

Furthermore, according to the website, there are no additional fees to send crypto to other wallets. According to their statements, Monaco is attempting to disrupt the way debit and credit cards are used. Let’s take a deeper dive and see if they are following through.

Monaco and Switzerland, countries with names that ring with money. And Monaco rang in the money with its ICO, to the tune of $54 mln in fundraising, in a month-long ICO that took place between May 18 and June 18, 2017.

Its token, know as MCO, ERC20 token, entered the market at $2.24 per token and has seen several ups and downs since then, ending on a down note at $4.80 which is still more than double the entry price.

On the road to success, albeit a bumpy ride

Monaco has officially partnered with Visa to launch its card which can be used for everyday purchases. This explains the massive spike in the price back in August 2017.

Despite this, the Visa cards still have not been issued yet.

According to their recent blog post on June 19, the cards are going into a second round of testing and the first round found some errors that need to be corrected. There are two apps on the market, one for Apple and Android users. They also claim that Monaco has some 53,000 approved and registered users on the platform. Anxiously awaiting their visa cards, we can safely assume. To quote the post, “We should have the results back from 2nd round next week. No major issues expected now that the 1st round issues were corrected- relating to the configuration of the various systems.”

Monaco was unavailable to comment on the further development of the Visa cards; my email was returned.

The team behind the coin appears to be well known in the crypto circles among others, Kris Marszalek is the CEO behind the operation. He is well known in Southeast Asia as a serial entrepreneur. Since 2004, Marszalek has been a co-founder at five companies which he leads from start-ups to either be a successful company or to be acquired. He has a proven track record of building success.

CFO, Rafael Melo has been working in the mobile payments system industry for 15 years in southeast Asia and has a strong grasp of risk and compliance. He was the business finance officer for Mobile Payments Solutions, which was a MasterCard incubated technology company.

Bobby Bao is the managing director and is known in Southeast Asia for his work in investment banking, corporate development, and investor relations. His career spans the banking world in southeast Asia as well as North America.

Monaco has been successfully fulfilling its milestones as it is getting closer to launching fully with the Visa cards. According to the website, there are only six more milestones left to complete before the company is fully operational:

It appears that they surpassed or on equal footing with their main competitor TenX, which is also linking crypto accounts to debit cards.

However, the business plan is well thought out. Once the cards are launched and are in use, Monaco stands to rake in the fees paid to them by the retailer.

On top of that, exchanges such as Coinbase, which offer a very limited selection of coins could then lose a lot of business to companies such as Monaco or TenX because they can easily move between crypto and fiat. Furthermore, if the company is going to be offering credit that can be leveraged with crypto and debts that can be paid with crypto or fiat, then there could possibly be a paradigm shift for the credit industry. We only need to wait and see.