Craig Wright: Bitcoin Cash Will Make All Others Sidechains 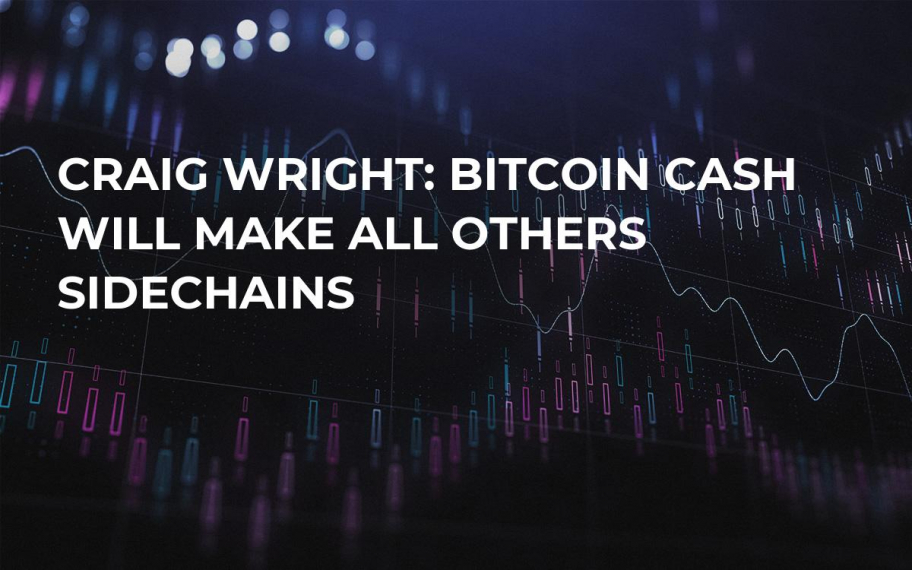 Bitcoin Cash continues to push for better and higher recognition through some of its bigger supports, namely Roger Ver, and now Craig Wright. Wright, who once claimed to be Satoshi Nakamoto.

Wright has now come out and said that Bitcoin Cash will soon make all other Blockchain’s mere side chains, which is currently what many think Bitcoin Cash is now- a side chain of Bitcoin.

It has to be cash

The likes of Ver and Wright, who spoke at last week’s CoinGeek Conference in Hong Kong, is that Bitcoin, best Bitcoin Cash or the original chain, needs to be usable as cash, and to that end, they feel with their product, they have that.

Bitcoin Cash recently upgraded to have 32MB blocks in a move to make it quicker and cheaper to transact with, and to be more cash like, but this is only the beginning according to Wright.

“You’re going to see every month—shortly, every week, and very soon after that, practically every day—one or two papers coming out from us,” Wright said.

Wright then went on to address the competition in Blockchain to his Bitcoin Cash variation stating that:

“Here is my answer to competing with all this: we’ve patented [technology] and we’re going to subsume them.”

It is a big claim from Wright, seeing especially as Bitcoin Cash is a hard fork of Bitcoin and thus a sidechain in many respects.

The battle between Bitcoin and Bitcoin Cash continues to rage as those on opposing sides feel that the other’s project is worthless. Ver has been at the center of many controversies, of late, and now Wright is making big assertions about Bitcoin Cash.

Bitcoin Cash is making its upgrades and is looking to grow, but the level of growth being suggested by Wright seems a little too ambitious. Yet, only time will tell.