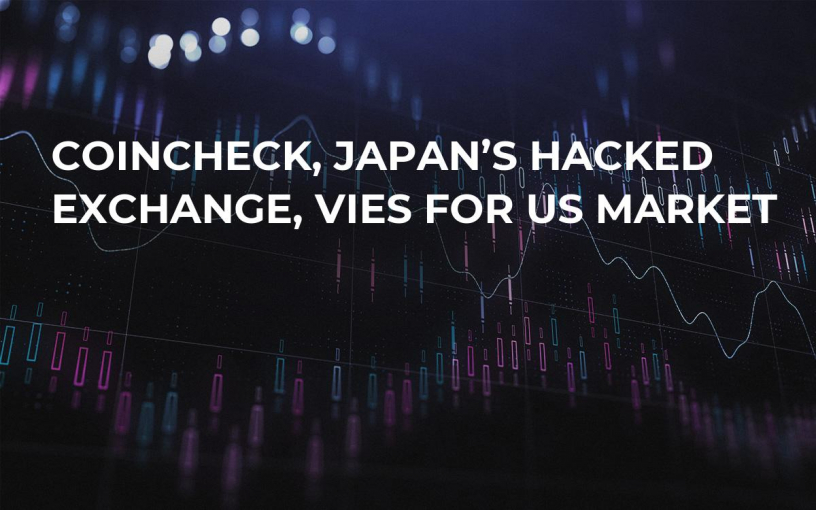 Monex acquired Coincheck in April after it suffered from the world's biggest cryptocurrency hack resulting in losses of nearly $530 bln in January of this year.

Many experts speculate that the exchange may be moving to the US market just to boost profits.

However, the company says the move is a result of a lag in jurisdictional insight from Japanese regulators regarding some cryptocurrencies, initial coin offering (ICO) tokens and high capital gains rates.

Oki Matsumoto, CEO of Monex, told Bloomberg in an interview :

“Japan may seem like it’s one step ahead in crypto, but in terms of deciding what’s a security or a token and attracting institutional investors, the US and Europe are moving ahead. What the US decides will have a huge impact on Japan.”

“At that level, it’s hard to even think of crypto as something you’d put in your portfolio. That means it’ll just remain a plaything for speculators.”

Despite a two-month shutdown caused by the hack, the exchange cleared $57.6 mln in profit after paying out $432 mln to traders who lost funds as a result of the theft.