Urvashi Verma
“Coinbase is firmly committed to the protection of virtual currency consumers and investors, and we are pleased to cooperate in this OAG initiative.” 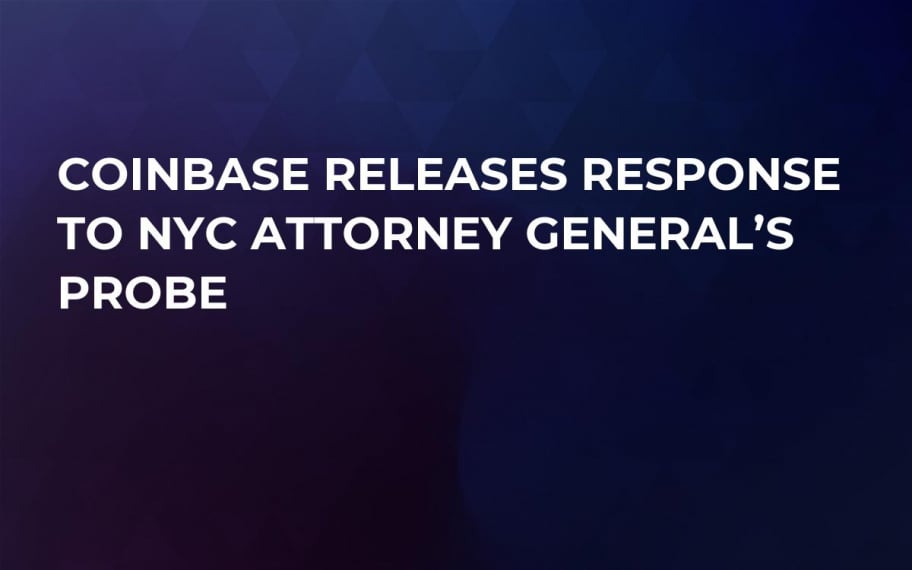 Coinbase, one of the largest cryptocurrency exchanges in the world, released a portion of its response to New York Attorney General’s (OAG) probe on Thursday.

In a  five-page letter drafted by  Mike Lempres, Coinbase’s chief legal and risk officer, the company expressed its intention of cooperation with the OAG initiative:

“Coinbase is firmly committed to the protection of virtual currency consumers and investors, and we are pleased to cooperate in this OAG initiative. In fact, we applaud the OAG for taking action to bring further transparency to the virtual currency markets.”

The letter says Coinbase has taken steps to protect consumers from “insecure assets” by supporting only four virtual currencies: Bitcoin, Ethereum, Litecoin, and Bitcoin Cash on its platform.

Mike Lempres writes: “We are very deliberate about which tokens we support for general trading to ensure compliance with the law and to ensure that consumers are not exposed to assets which we consider to be insecure or otherwise unsuitable for our platform.  Not all exchanges give such a priority to compliance with the laws, and many assets are currently available to investors outside of regulatory oversight.”

The letter says that Coinbase has taken strategic steps to maintain strict standards of transparency such as offering transaction confirmation prompts, receipts, and user tools to create an “intuitive and transparent” consumer platform.

To further prevent manipulation of markets, Coinbase plans to add automated surveillance tools to prevent fraud and manipulative conduct in compliance with the Feb. 7 guidance issued by the New York DFS.

The move makes Coinbase the second US-based crypto-exchange to add surveillance tools after an announcement by Gemini last week.

Coinbase also shared that it has increased its transaction capacity by 1000 percent in the past six months and currently employs more than 300 employees and nearly 1,000 full-time contractors in its four offices.

Although the company did not provide detailed financial information in the public version of its letter, it revealed that customers had traded more than $150 bln in assets.

To date, Coinbase has raised $225 mln from venture capital funding and finance firms.